LOS ANGELES — Adherence to a ketogenic eating plan, with proper medical support, could yield diabetes remission and sustained cardiometabolic improvements in a person with type 2 diabetes, according to a speaker at the World Congress of Insulin Resistance, Diabetes and Cardiovascular Disease.

A low-carbohydrate diet is often referred to as a “fad diet” in the popular press, despite the fact that it has been around for more than a century, Hallberg said. Before the discovery of insulin, people with diabetes could expect to live several years with what was then a uniformly fatal disease if they adhered to a strict low-carbohydrate diet.

“One of my biggest frustrations is when we hear about low-carbohydrate and people are talking about something that is less than 40% [carbohydrates],” she said. “If [the diet is] somewhere around 40%, it is really a high-fat, high-carbohydrate diet. A low-carb diet is much lower than that.” 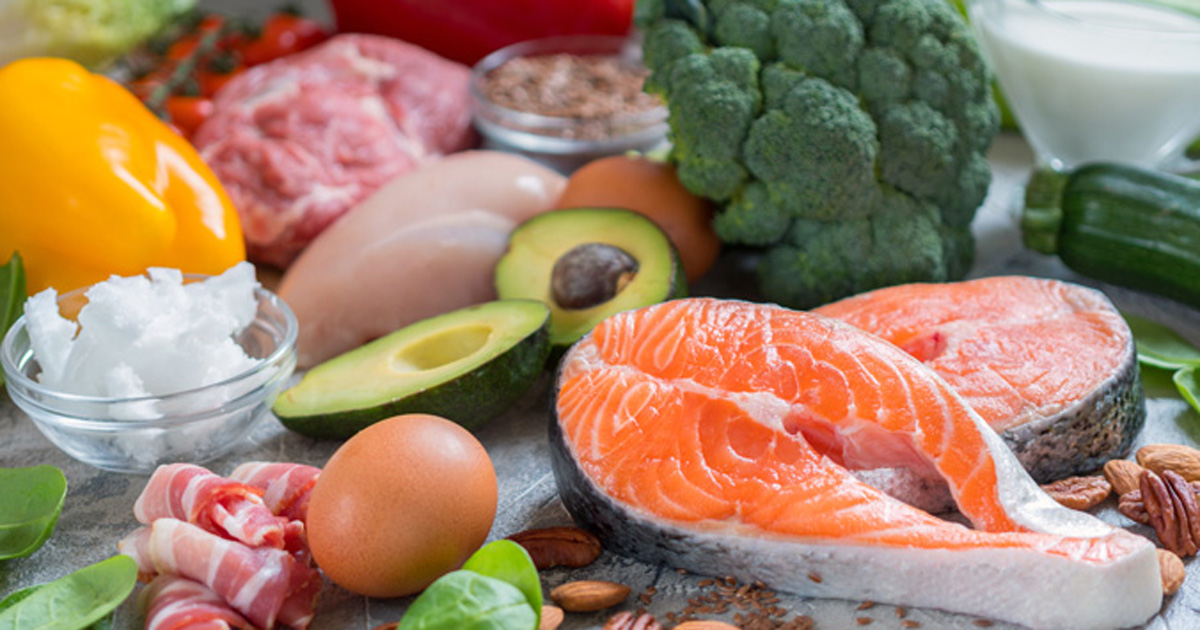 Contrary to popular misconceptions, a ketogenic diet is not a high-protein or no-carbohydrate eating plan, Hallberg said. A well-formulated ketogenic diet is defined as a high, whole food fat plan (70% to 80%) that is low in carbohydrates (5% to 10%) with moderate or adequate protein intake (15% to 20%).

“One of the things we often hear is that this is a no-carb diet, and that is not true,” she said. “[Those who follow a ketogenic plan] eat a lot of leafy greens and a lot of nonstarchy vegetables each day. We insist on five servings of them. When we’re talking about under 50 g total carbohydrate intake a day, you can get a lot of vegetables in for that less than 50 g. What are you not eating? I tell my patients no GPS: No grains, no potatoes and no sugar.”

The goal of a ketogenic plan is to send people into “nutritional ketosis,” Hallberg said, whereby people following the diet are making ketones by burning stored fat. Working to reach an “optimal ketone zone,” with ketones in the 0.5 mmol/L to 3 mmol/L range, should not be confused with diabetic ketoacidosis (DKA), which should not be a concern for those who follow the eating plan with proper support.

“This is on the complete other end of the spectrum from DKA,” she said, adding that a person with type 2 diabetes prescribed an SGLT2 inhibitor should not attempt a ketogenic eating plan before speaking with their health care provider.

Hallberg and colleagues are further studying the effects of a ketogenic eating plan in the ongoing Indiana Diabetes Reversal study, a 5-year prospective, nonrandomized trial that started enrollment in 2015. The mean age of participants is 54 years (67% women), with an average type 2 diabetes duration of 8 years. Within the cohort, 378 participants are receiving continuous care with a low-carbohydrate eating plan and 87 participants are receiving usual care for 2 years, followed by the low-carbohydrate eating plan. The study is the largest and longest on carbohydrate restriction for type 2 diabetes, Hallberg said.

At 2 years, 91% of participants reduced or eliminated insulin use, experienced 10% average weight loss and saw an average 0.9% reduction in HbA1c, with 55% in diabetes remission. Among the 40% who did not experience diabetes remission — defined as an HbA1c below the diabetes threshold with no diabetes medications — the average HbA1c fell to 7%, average weight loss was 9.8% and 45% of diabetes medications were eliminated. Retention remained high at 2 years at 74%, Hallberg said.

“Putting patients on a carb-restricted diet with the appropriate support works for sustainability,” she said.

“You have a patient who has tried everything, and they are injecting hundreds of units a day of insulin every day, and you can make a difference like this in the first couple of weeks,” she said. “It is not unusual for us to pull patients off of 200-plus units of insulin in the first weeks. This is one of the reasons our patients are able to sustain this along with support.”

Disclosure: Hallberg reports she serves as an adviser for Simply Good Food Company and is an employee and holds stock in Virta Health.