Adults who do not display symptoms of thyroid dysfunction should not be screened for such conditions, according to a recommendation statement from the Canadian Task Force on Preventive Health Care published in CMAJ.

“Screening for thyroid dysfunction in non-pregnant adults does not result in any clinical benefit, but may result in need for follow-up testing, further visits with a primary care practitioner, potential unnecessary treatment and further unnecessary ‘medicalization’ of the patient,” Richard Birtwhistle, MD, MSC, FCFP, professor emeritus of family medicine and public health sciences at Queen’s University in Kingston, Ontario, told Endocrine Today. “There is potential harm to people without apparent benefit because an ‘abnormal’ TSH results in further testing, requirement for further medical follow-up and lifelong treatment. Screening results in the unnecessary ‘medicalization’ of patients who are otherwise healthy.”

Birtwhistle and the other members of the task force examined data from 19 randomized controlled trials and three cohort studies that evaluated the effects of thyroid dysfunction treatment. These studies were used as a stand-in for research comparing screening with not screening because such studies are absent in the current literature, according to the task force.

Across all studies, the task force was unable to ascertain unanimous proof that treatment yielded any significant benefits to factors such as mortality, cardiovascular events, cognitive function, fractures, quality of life, blood pressure, bone mineral density, weight and cholesterol levels, although a few studies did point to some limited but inconsistent impact on mortality and cholesterol levels.

The task force also noted that eliminating this screening process could be economically beneficial. 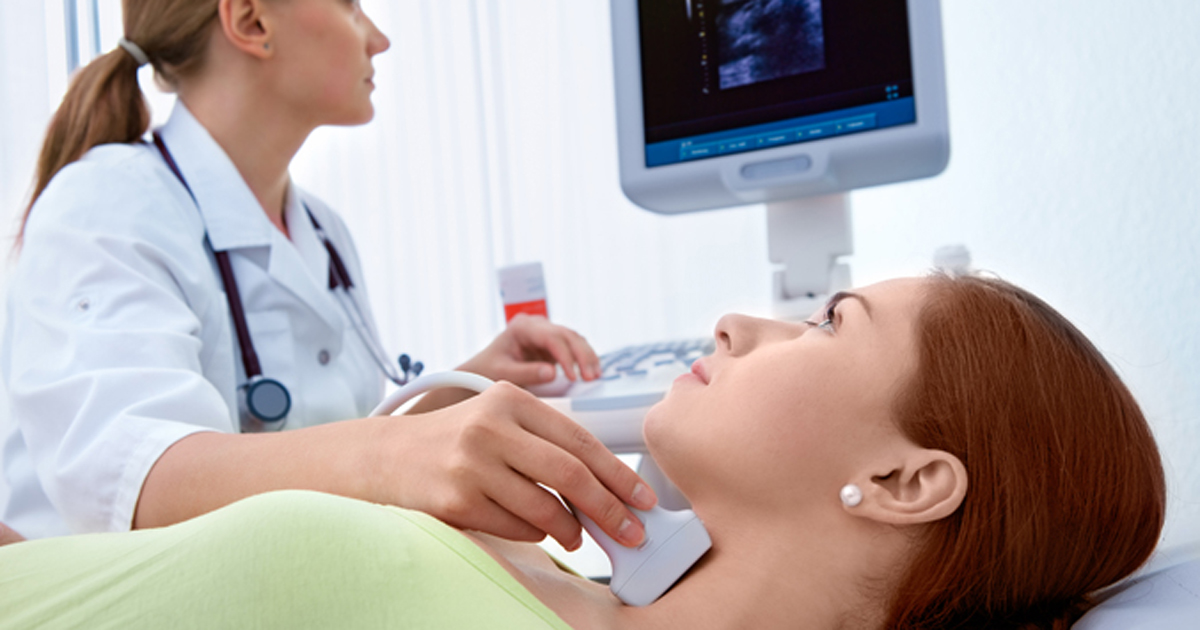 Adults who do not display symptoms of thyroid dysfunction should not be screened for such conditions, according to a recommendation statement from the Canadian Task Force on Preventive Health Care.
Source: Adobe Stock

“In the judgment of the task force, given the lack of evidence of clinical effectiveness, financial costs of screening asymptomatic adults would represent an undesirable consequence for the health care system,” the task force wrote.

In addition, the task force argued that a no-screening strategy would be easy to adopt, particularly at the primary care level.

“Given the lack of evidence of benefit, in the judgment of the task force, this recommendation is feasible and acceptable to most clinicians, policymakers and patients and would neither increase nor decrease equity,” the task force wrote.

Despite this recommendation, the task force urged health care providers to remember that it should not be used to guide screening and treatment decisions in patients who are more likely to have thyroid dysfunction. This includes those who have undergone thyroid surgery or been diagnosed with diseases of the thyroid, pituitary or hypothalamus as well as those treated with medications like lithium and amiodarone or with radioiodine or radiotherapy, according to the task force.

In an accompanying commentary published alongside the recommendation statement in CMAJ, Omar M. El Kawkgi, MB, BCh, BAO, and Juan P. Brito, MD, MSc, both of the Knowledge and Evaluation Research Unit of the division of endocrinology, diabetes, metabolism and nutrition at Mayo Clinic in Rochester, Minnesota, pointed out how this recommendation makes screening practices less clear.

“The recommendation represents a change in thinking about screening for thyroid dysfunction and contradicts other medical society recommendations that favor screening, particularly among older people,” El Kawkgi and Brito wrote, specifically citing the recommendation from the American Thyroid Association and American Association of Clinical Endocrinologists that adults aged 60 years or older who display no thyroid dysfunction symptoms be screened. Meanwhile, a no screening stance is held by the British Columbia Ministry of Health and Alberta’s Toward Optimized Practice while “insufficient evidence” limited the United States Preventive Services Task Force from yielding a pro-screening stance.

El Kawkgi and Brito also emphasized that despite natural resolution of abnormal TSH levels and potential for false positives, more physicians have been prescribing levothyroxine in recent years and that beyond cost, “people taking levothyroxine for subclinical hypothyroidism will likely be burdened by lifestyle adaptations.” This recommendation may help alleviate these issues.

“By issuing a strong recommendation against population screening for thyroid dysfunction, the task force may help physicians to stop uncovering a large reservoir of people with mild thyroid dysfunction who are unlikely to benefit from identification or treatment, thereby preventing the overdiagnosis and overtreatment of otherwise healthy people,” El Kawkgi and Brito wrote.

Despite this positive step, however, El Kawkgi and Brito note that there is more work to be done.

“Given that this recommendation against thyroid dysfunction screening is based on low-quality evidence, it invites researchers to conduct trials to understand its applicability on populations not represented in available studies,” El Kawkgi and Brito wrote. – by Phil Neuffer