European Association for the Study of Diabetes

The diabetes medication dapagliflozin was shown to reduce the risk for worsening heart failure and cardiovascular death among adults with heart failure with reduced ejection fraction regardless of diabetes status, according to findings from the DAPA-HF trial presented at the European Association for the Study of Diabetes annual meeting and simultaneously published in The New England Journal of Medicine.

“Sodium-glucose cotransporter 2 inhibitors were initially developed and approved for treatment of type 2 diabetes because they lower plasma glucose concentrations via increased urinary excretion of glucose,” Mikhail Kosiborod, MD, professor of medicine at Saint Luke’s Mid America Heart Institute in Kansas City, Missouri, said during a presentation. “Of course, we have learned over the past few years that these agents do a lot more than just lower glucose, and there are many mechanisms of actions that get triggered that provide other effects above and beyond glucose-lowering.”

Kosiborod and colleagues compared the effects of 10 mg daily dapagliflozin (Farxiga, AstraZeneca) with placebo among 4,744 adults with heart failure with reduced ejection fraction (≤ 40%). According to Kosiborod, participants were “well treated” for heart failure with “state-of-the-art, guideline-directed medical therapy.” 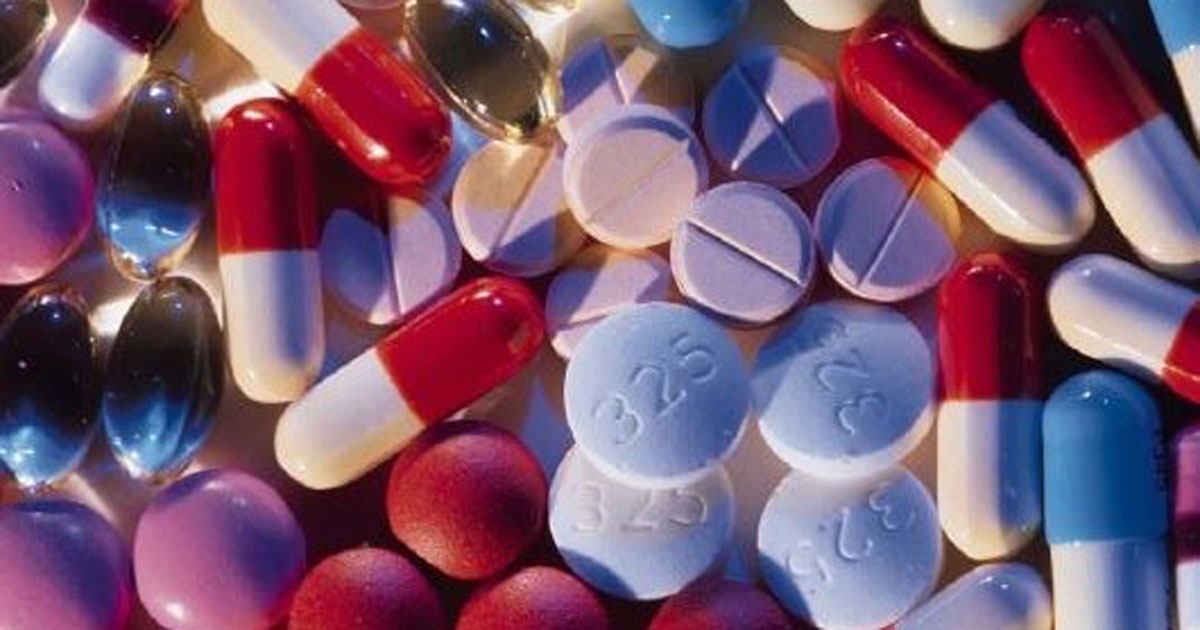 The diabetes medication dapagliflozin was shown to reduce the risk for worsening heart failure and cardiovascular death among adults with heart failure with reduced ejection fraction regardless of diabetes status.
Source: Adobe Stock

The researchers reported that 16.3% of the dapagliflozin group and 21.2% of the placebo group experienced the primary outcome (P < .001) and that the risk for worsening heart failure or CV death was reduced by 26% with dapagliflozin compared with placebo (HR = 0.74; 95% CI, 0.65-0.85). The benefit was greater for those with class II compared with class III of IV heart failure, according to the researchers.

“Not only did dapagliflozin reduce CV death and hospitalizations for heart failure, but it also reduced the symptom burden, essentially making patients heal better when it comes to their heart failure symptoms,” Kosiborod said during the presentation.

Dapagliflozin presented “no notable excess of any event,” according to researchers, with a serious renal adverse event observed among 2.7% of the placebo group vs. 1.6% of the dapagliflozin group (P = .009).

“Despite the vast majority of its patients being on diuretics and RAAS blockers and most also taking MRAs, there was no increased risk of volume-related adverse events. In fact, certain renal adverse events were actually more common in the placebo group,” Silvio E. Inzucchi, MD, professor of medicine at Yale University School of Medicine and Yale-New Haven Hospital, told Endocrine Today. “There was also no signal for hypoglycemia, amputations, fractures or [urinary tract infections]. [Diabetic ketoacidosis] cases were more common in the dapagliflozin group but were rare.”

When participants were categorized by type 2 diabetes status, “the results are identical,” Kosiborod said.

“By collaborating with cardiologists … and by treating our patients with diabetes who have risk factors for heart failure, we can have enormous benefit in the quality of life of our patients and actually their survival,” Inzucchi said during the presentation.

In a commentary accompanying the article in NEJM, James C. Fang, MD, professor of medicine and chief of the division of cardiovascular medicine at University of Utah Health in Salt Lake City, wrote that “the results are important and impressive” both for primary and secondary outcomes and build on the stage-setting work of the EMPA-REG Outcome and DECLARE-TIMI 58 trials.

He also outlined knowledge gaps, including information on patients with severe heart failure, those taking sacubitril/valsartan (Entresto, Novartis) and the amount of other heart failure drugs taken by the participants. In addition, he raised concern about translating the findings, particularly noting the slow adoption of new therapies and fear of polypharmacy.

“In the end, it is not a question of having too many medications for heart failure therapy, but rather of using these drugs at doses that have been shown to be effective,” Fang wrote. “It behooves us as clinicians to learn more about using such newer agents effectively, but we have a long way to go.” – by Phil Neuffer

This is an intriguing study of patients with reduced ejection fractions of less than 40% with and without diabetes. It has a composite primary endpoint in these two dissimilar patient populations. All patients with an ejection fraction less than 40% are highly suggestive of pre-existing heart failure whether diagnosed or not. We have a lot of drugs for heart failure, and the effect of dapagliflozin in this study was independent of the angiotensin receptor neprilysin inhibitor sacubitril/valsartan (Entreso, Novartis). The interest here is in the nondiabetic population, suggesting that dapagliflozin is an acceptable treatment for nondiabetics with reduced ejection fraction despite maximal existing heart failure therapies.

The problem with this interpretation is that this is one of the components of the primary endpoint and covers a minority of the patient population. It is being treated as a primary outcome measure but requires statistical adjustment for the reduced power in this minority population. We have a lot of drugs for heart failure.

Aside from the relatively controversial statistical analyses issues, this part of the study is useful primarily to non-endocrinologists and does not bear on how we treat diabetes or other endocrine disease. However, it does suggest that a broad use of dapagliflozin is indicated in all stages of diabetes, both early and late, particularly since subtle systolic and diastolic changes occur early on in patients with diabetes. It should be remembered by all prescribers that SGLT2 inhibitors are not free of side effects or adverse events.

DAPA-HF is a field-furthering trial. The equal benefit for the primary outcome and most of the prespecified secondary outcomes in patients with HFrEF with and without type 2 diabetes is likely to change the practice of cardiology, particularly in patients with HFrEF without diabetes. Evidence was already sufficient that the SGLT2 inhibitor class has benefits in patients with type 2 diabetes. Importantly, in DAPA-HF there was no safety signal in the dapagliflozin group, and in fact, serious adverse effects were fewer in the dapagliflozin than in the placebo group. Of additional interest, is despite the modest use of the angiotensin receptor neprilysin inhibitor sacubitril/valsartan, the benefits of dapagliflozin were identical in patients being treated or not treated with the inhibitor.

Increasingly, cardiologists need to become more familiar with drugs approved for the treatment of type 2 diabetes. A new subspecialty — cardiometabolic medicine ― proposed by Michael J. Blaha, MD, MPH, director of clinical research and professor of medicine at the Johns Hopkins Ciccarone Center for the Prevention of Cardiovascular Disease, and myself will not be a quick solution to the increasing need of patients with or without diabetes who are at risk for cardiovascular disease, but it promises to be the type of training program that can marry diabetes science and medicine with preventive cardiology.

European Association for the Study of Diabetes