Survey: Most clinicians not following ATA guidelines for subclinical hypothyroidism in pregnancy

Only 5% of clinicians reported adhering to a recommended thyroid-stimulating hormone cutoff proposed by the American Thyroid Association for diagnosing subclinical hypothyroidism in pregnancy, and a minority said they followed recommended indications for measuring thyroid peroxidase antibody status, according to survey findings published in the Journal of the Endocrine Society.

“Despite recently updated guidelines by the American Thyroid Association, a nationwide study showed that there is still a wide variation in the clinical practice regarding the care of women with subclinical hypothyroidism in pregnancy,” Spyridoula Maraka, MD, MS, assistant professor of medicine at the Center for Osteoporosis and Metabolic Bone Diseases at the University of Arkansas for Medical Sciences and Central Arkansas Veterans Healthcare System in Little Rock, told Endocrine Today. “Across a demographically diverse sample of clinician members of the largest endocrinology society in the U.S., we found a strikingly low adherence to the recommended TSH cutoff for the diagnosis of subclinical hypothyroidism during pregnancy. Specifically, the majority of the respondents are still using a TSH of at least 2.5 mIU/L for the diagnosis of subclinical hypothyroidism in the first trimester of pregnancy, as recommended in the older guidelines, despite that the benefit of detecting and treating women with TSH between 2.5 mIU/L and 4 mIU/L remains uncertain while exposing patients to anxiety and treatment burden, factors that physicians rarely considered in treatment decisions, as reported in our study.”

In a cross-sectional study, Maraka and colleagues analyzed data from 162 clinicians and active members of the Endocrine Society who completed an online, anonymous survey between September and November 2018. The survey contained multiple-choice questions based on two clinical scenarios with variation in TSH levels, thyroid autoimmunity status and thyroid physical exam to assess diagnostic evaluation, decision on initiation of therapy and follow-up in pregnant women with subclinical hypothyroidism. Main topics covered were screening, TSH diagnostic cutoff, use of thyroid peroxidase antibody (TPOAb) positivity to guide therapy, types of therapy and follow-up. The Endocrine Society Clinical Affairs Committee provided survey feedback. 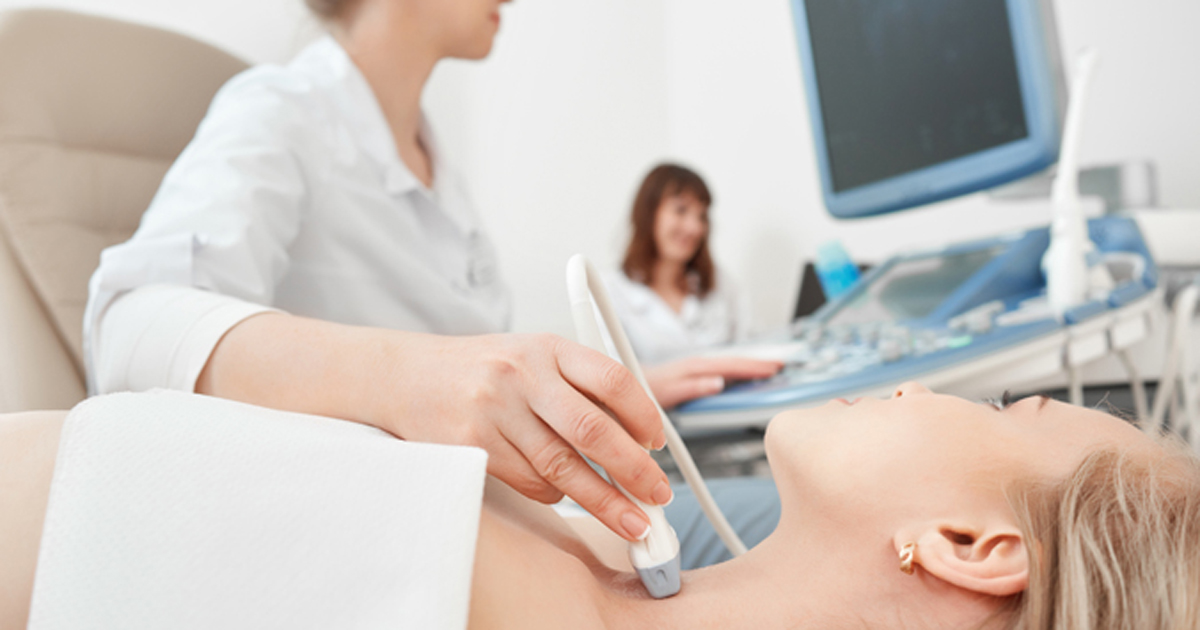 Only 5% of clinicians reported adhering to a recommended thyroid-stimulating hormone cutoff proposed by the American Thyroid Association for diagnosing subclinical hypothyroidism in pregnancy, and a minority said they followed recommended indications for measuring thyroid peroxidase antibody status.
Source: Adobe Stock

Within the cohort, 147 (91%) reported participating in the care of pregnant women. Respondents practiced for an average of 18 years and evaluated approximately six pregnant women with subclinical hypothyroidism in the 6 months preceding the survey.

Researchers found that about 76%, 70% and 18% of respondents, respectively, reviewed guidelines by the ATA, the Endocrine Society, and the American College of Obstetricians and Gynecologists. Only 53% of the respondents who reviewed the ATA guidelines thought the guideline authorshad changed their practice.

Nearly all respondents stated levothyroxine was the preferred therapy for the management of subclinical hypothyroidism in pregnancy (97%), using a fixed dose of 25 µg to 50 µg per day (71%) or 75 µg to 100 µg per day (8%). Most respondents agreed that TSH levels should be rechecked every 4 to 6 weeks until mid-gestation (65%). For treatment, most respondents followed ATA guidelines and endorsed a TSH goal for thyroid hormone therapy during pregnancy of less than 2.5 mIU/L (74%) or in the lower half of the trimester-specific reference range (12%).

“Although the ATA guideline recommends neither for nor against universal screening for abnormal TSH concentrations in early pregnancy, based on uncertain benefits, universal screening was the preferred method to screen pregnant women according to our survey, a preference which might be driven by the inability of clinicians to identify at-risk women and the well-known benefit of levothyroxine treatment for overt thyroid dysfunction during pregnancy,” Maraka said. “Finally, despite that the decision of whether to treat or not was variable depending on the specific clinical scenarios, when levothyroxine treatment was prescribed, respondents expected a small or very small reduction on maternofetal complications across all clinical scenarios, regardless patients’ characteristics. This trend might be explained by the absent or small size effect shown on levothyroxine-treated patients in interventional studies.”

Maraka said more collaboration across centers is needed to conduct practical randomized trials to evaluate the effectiveness of “the most uncertain and commonly used treatment practices” on the care of pregnant women with subclinical hypothyroidism, focusing on measuring the impact of treatment on maternal-fetal and offspring outcomes. – by Regina Schaffer