In the spring, the European Commission approved two non-insulin oral agents for use as adjuncts to insulin for adults with type 1 diabetes: dapagliflozin, an SGLT2 inhibitor previously approved for type 2 diabetes, and sotagliflozin, a first-in-class dual SGLT1 and SGLT2 inhibitor.

The FDA, however, has been hesitant to accept such noninsulin options in the United States. In March, the agency rejected sotagliflozin (Zynquista, Sanofi and Lexicon) and, in July, declined to expand the indication for dapagliflozin (Farxiga, AstraZeneca) for use in type 1 diabetes.

“It is unfortunate that the FDA has not approved yet another drug from the class of the SGLT inhibitors for people with type 1 diabetes,” Helena W. Rodbard, MD, FACP, MACE, medical director of Endocrine and Metabolic Consultants in Rockville, Maryland, told Endocrine Today after the agency’s decision on dapagliflozin. “Following the recent disappointing complete response letter for sotagliflozin, a dual SGLT1 and SGLT2 inhibitor, now the FDA issued a complete response letter for dapagliflozin. These drugs would have been an important addition to our armamentarium and would be addressing some of the unmet needs in type 1 diabetes.”

The FDA issues a complete response letter to an applicant if the agency determines that it will not approve the application or abbreviated application in its present form for one or more reasons.

Concern has been raised about the risk for diabetic ketoacidosis (DKA) with use of SGLT inhibitors for treatment of type 1 diabetes. At an FDA advisory committee meeting in January, several members expressed concerns about an observed risk for DKA in patients assigned to sotagliflozin and called for a risk evaluation and mitigation strategy if the therapy is approved. Still, advocates for the therapies have noted that people with type 1 diabetes have few options aside from titrating insulin doses, and that regulators should consider approving the therapies if proper patient and provider education regarding DKA risk is put in place.

“There is a great deal of enthusiasm for this class of drugs. However, at the FDA, there is a disconnect with safety vs. efficacy,” Satish K. Garg, MD, professor of medicine and pediatrics at the Barbara Davis Center for Diabetes, University of Colorado Denver, told Endocrine Today. “Efficacy with this drug is clear, in all metrics — blood pressure, weight loss, improvement in HbA1c and hypoglycemia — but there is concern about increased risk for diabetic ketoacidosis. We need to make sure patients have ketone monitoring and education.”

On July 12, the National Institute for Health Care Excellence (NICE) in the U.K. issued draft final guidance on dapagliflozin with insulin for treating type 1 diabetes. In Europe, dapagliflozin with insulin is recommended as an option for adults with type 1 diabetes with a BMI of at least 27 kg/m2 when insulin alone does not provide adequate glycemic control. The draft guideline states that dapagliflozin should be considered only when patients have completed a structured education program that includes information about the risk for DKA, how to recognize risk factors for DKA, how and when to monitor blood ketone levels and what actions to take for elevated blood ketones.

“Evidence from the clinical trials shows small improvements in blood glucose (HbA1c levels) and weight loss, and very small improvements in quality of life, when dapagliflozin plus insulin is compared with placebo plus insulin in adults with type1 diabetes and inadequate blood glucose control despite optimized insulin therapy,” the draft guidance states. “The company extrapolates the effects of the small improvement in HbA1c level with dapagliflozin seen at 1year in the trials to a lower risk of long-term complications over a patient’s lifetime.” 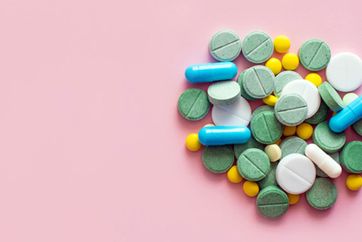 In the spring, the European Commission approved two non-insulin oral agents for use as adjuncts to insulin for adults with type 1 diabetes: dapagliflozin, an SGLT2 inhibitor previously approved for type 2 diabetes, and sotagliflozin, a first-in-class dual SGLT1 and SGLT2 inhibitor.
Adobe Stock

Garg said a similar approach should be taken in the U.S.

“This complete response letter gives us an opportunity for the industry to spend money to reduce the background risk for DKA, which is increasing in the U.S.,” Garg said. “That is the approach Europe is taking, and I don’t know why the U.S. isn’t.”

Currently, only pramlintide is approved in the U.S. as an adjunct to insulin in people with type 1 diabetes, and it is of limited use, Rodbard said.

In February, Diabetes Care published an international consensus statement on risk management of DKA in patients with type 1 diabetes treated with SGLT inhibitors. The report, which followed a June 2018 consensus conference on the topic, outlined several recommendations for patients prescribed agents in the class, including initiating therapy at the lowest dose possible, regular ketone monitoring, either via lab or home testing, and a “cautious” reduction in insulin dose.

“With proper selection and education of patients, these drugs can be used very effectively and safely,” Rodbard said.

The AstraZeneca announcement did not give a reason for the FDA’s decision, and the company said it will be discussing next steps with the agency. Similarly, Sanofi and Lexicon stated in a press release that they will work closely with the FDA to determine the appropriate next steps following the agency’s rejection of sotagliflozin. – by Regina Schaffer

NICE. Dapagliflozin, in combination with insulin, for treating type 1 diabetes. Available at: https://www.nice.org.uk/guidance/gid-ta10374/documents/html-content-2. Accessed on: July 22, 2019.