Spending on diabetes and hypertension medications may be substantially lowered after bariatric surgery, according to findings presented at the American Society for Metabolic and Bariatric Surgery national clinical symposium.

“This research is important because the incidence and prevalence of obesity and associated comorbidities, such as diabetes and hypertension, are increasing and costly — with costs increasing every year. It is a societal concern,” Naomi Parrella, MD, FAAFP, Dipl ABOM, medical director of the Center for Weight Loss and Lifestyle Medicine, director of strategic development and implementation in the department of surgery and assistant professor at Rush University Medical Center in Chicago, told Endocrine Today. “The direct and indirect costs associated with diabetes and hypertension impact everyone, including family and friends and co-workers of those affected by the chronic conditions and their complications.”

A cohort of 210 adults with obesity and either diabetes or hypertension were included in a retrospective review conducted by Parrella and colleagues. The researchers included participants at Rush University Medical Center who underwent procedures for either Roux-en-Y gastric bypass or sleeve gastrectomy between January 2015 and July 2018. Participants were followed for 6 months with visits at 3 and 6 months. During these visits, participants reported which medications they were using, and the researchers then estimated the average monthly cost using an online database.

At 6 months after surgery, the average monthly cost for diabetes medications was $70.25 compared with the average of $224.60 before surgery (P < .001). Parrella also said hypertension medication costs were reduced from $71.02 before surgery to $47.07 in the 6 months after the procedure (P < .05). Cost reductions were also noted for diabetes medications and hypertension medications after 3 months, with average monthly costs of $80.25 and $53.99, respectively.

“It is always surprising to see the speed of change and the significance of the change,” Parrella said. “For example, we saw significant cost savings of almost 65% for diabetes and almost 45% for hypertension medications, though [Roux-en-Y gastric bypass] demonstrated a more absolute cost decrease of almost $250 per month for diabetes medications alone, as early as at 3 months.” 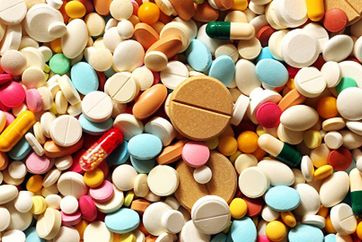 Spending on diabetes and hypertension medications may be substantially lowered after bariatric surgery.
Shutterstock

“This study provides additional insight into the cost-effectiveness of bariatric surgery, early after surgery, even before the surgery-associated weight loss is completed. In addition to treating or resolving diabetes — often in very difficult to control cases — and/or hypertension, it can also save money for consumers, insurers and employers,” Parrella said. “It means patients, payers and providers may want to review the barriers to considering Roux-en-Y gastric bypass or sleeve gastrectomy as another treatment option for obesity and obesity-related comorbidities that may be poorly controlled or otherwise requiring medications.”

Despite the cost reductions, the researchers noted that because the costs associated with bariatric surgery were not assessed in the same manner as those for medical therapy, these findings may not hold for all patients. – by Phil Neuffer