PHILADELPHIA — The growing global burden of type 2 diabetes and cardiovascular disease disproportionately affects people living in countries experiencing large social transitions, with women and those diagnosed before age 40 years more likely to experience worse disease outcomes, according to a speaker at the Heart in Diabetes conference.

More than 70% of deaths worldwide are due to diabetes and noncommunicable diseases, and an increasingly obesogenic environment, driven in part by increased urbanization, has the greatest health impact on people in lower socioeconomic classes and those with a genetic predisposition for developing diabetes, Juliana C.N. Chan, MB, ChB, MD, FRCP, professor of medicine and therapeutics and founding director of the Hong Kong Institute of Diabetes and Obesity at the Chinese University of Hong Kong, said during a presentation.

Along with worldwide changes in social, lifestyle and nutrition behaviors, countries are also undergoing transitions in their disease patterns and health care needs, Chan said.

Among the 430 million people worldwide living with type 2 diabetes, 60% come from developing areas, with more than 100 million people affected in China and as many more in India, Chan said. 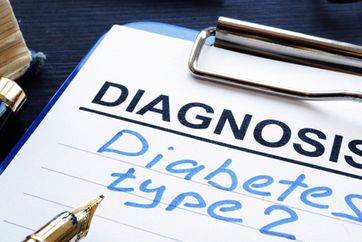 “After two decades of research, it is clear that non-European, non-white populations are at higher risk for developing diabetes [vs. European adults] with the same BMI,” Chan said. “They are also more likely to develop diabetes earlier and, as a result, have longer disease duration and therefore exposure to abnormal internal milieu with premature death and morbidity.”

The racial predisposition to a disease like type 2 diabetes, Chan said, is likely complex; however, reduced beta cell capacity to overcome insulin resistance may be an important cause, along with other genetic, environmental, cultural and behavioral factors.

“Health, wealth and education are really closely linked,” Chan said. “In the United States, gender and ethnic differences in education and income levels may be translated to health disparities.”

In an NHANES analysis, non-Hispanic white adults had the highest college education rate and corresponding income level, with no between-sex differences, Chan said. In contrast, among black and Hispanic adults, women had higher rates of college education, but lower income levels vs. men, she said.

“Among the women, ethnic differences in health status are also quite marked, with Hispanic and black Americans having the lowest CVD health scores,” Chan said.

Sex differences also persist across races, Chan said. Compared with men, women in the U.S. were more likely to report poor patient-provider communication, poor satisfaction with treatment, worse quality of life and worse self-perceived health status. Women were also less likely to receive protective drugs, such as statins and aspirin, despite having a history of CVD, and were more likely to visit the ED and have multiple hospitalizations vs. men, Chan said.

“These sociodemographic and ethnic differences add up to cost disparities and health outcomes,” Chan said. “Here in the U.S., the diabetes-associated death rate is highest among those with low education level, especially among black and Mexican Americans.”

In Hong Kong, where universal health care is available, after adjusting for confounding factors, years of education remains an independent risk factor for all-cause and CVD mortality, Chan said, who noted that people living in Hong Kong who report receiving a university education have the highest survival rate.

Age at diagnosis also influences disease outcomes, Chan said. Registry data demonstrate that people with type 2 diabetes diagnosed before age 40 years have a 30% to 50% higher risk for combined CV and renal endpoints and renal death than their peers with later onset of diabetes. Outcomes are also influenced by BMI, with lean patients more likely to develop renal disease and patients with obesity more likely to develop CVD, Chan said.

By age 70 years, a person with young-onset diabetes might accrue up to 100 days of hospitalization, Chan said.

The Risk Assessment and Management Program-Diabetes Mellitus, introduced in Hong Kong in 2009, was modelled after a university-led quality-improvement program that established the Hong Kong Diabetes Register in 1995 and Joint Asia Diabetes Evaluation in 2007, Chan said. The program, which complements usual care in general outpatient clinics, uses risk-stratified care planning, multidisciplinary care and scheduled monitoring of complications, Chan said. Analyses suggest the program is associated with improvements in surrogate outcomes and CV complications, she said.

“Diabetes is a complex disease, with societal, environmental and individual determinants,” Chan said. “Education and wealth at the national and individual levels are major determinants of health outcomes, although gender and ethnicity disparity are observed within the same country and population. These disparities can be overcome only by increasing personal and professional education and awareness. Social health policies are needed to identify these high-risk individuals for early intervention and self-management in order to improve clinical outcomes and quality of life.” – by Regina Schaffer