PHILADELPHIA — Insulin resistance is a more important cardiometabolic risk factor than glucose tolerance, increasing cardiovascular risk even before hyperglycemia increases risk for diabetes, according to a speaker at the third annual Heart in Diabetes conference.

“I’m not really a believer that hyperglycemia is a major risk factor in developing cardiovascular disease, and the problem starts long before you develop diabetes,” Ralph A. DeFronzo, MD, director of the diabetes research unit at the University of Texas Health Science Center at San Antonio, said during the presentation. “You’re going to see a new word that’s going to be introduced and that’s ‘pre-prediabetes,’ because the disease actually starts long before you become prediabetic, and the implication for this, of course, is that glucose is really not the big bad actor in the development of cardiovascular disease.”

DeFronzo and colleagues conducted a meta-analysis in which they examined findings from 19 studies to determine whether prevalence and risk for CV complications, such as acute myocardial infraction, as well as mortality differed significantly between different ranges of glucose tolerance. Each study excluded participants with diabetes or prediabetes or previous MI at baseline. 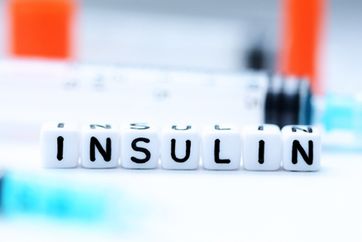 However, the differences between the groups with prediabetes and diabetes for both MACE and mortality did not reach significance, suggesting that the progression from HbA1c levels associated with prediabetes to those with diabetes does not alter CV risk to a significant degree, according to DeFronzo.

DeFronzo said that the underlying elements of metabolic syndrome, or what he calls “insulin resistance syndrome,” is where the real problem resides. These include obesity, hypertension, dyslipidemia, inflammation and hyperinsulinemia, which DeFronzo said have all showed similar insulin resistance rates compared with diabetes in insulin clamp studies.

Even when looking at glucose measures, DeFronzo warned against lumping measures of impaired fasting glucose and impaired glucose tolerance together when assessing risk. Although there is an association between heightened CVD risk and IGT as measured by 2-hour oral glucose tolerance tests, the same does not hold for IFG.

“You cannot have the same pathophysiology with people with IGT,” DeFronzo said during the presentation. “When we talk about IGT, you really have to distinguish between IGT and IFG.”

DeFronzo and colleagues performed an additional meta-analysis of 17 studies that assessed how well CVD could be predicted by insulin resistance. One study revealed that those with higher measures of insulin resistance according to HOMA-IR were at greater risk for CVD over 8 years of follow-up, and another found that the relative risk for coronary heart disease reached 73% for those with normal glucose tolerance and metabolic syndrome vs. those without metabolic syndrome.

To combat insulin resistance and its apparent ability to raise CVD risk, DeFronzo outlined details from the Insulin Resistance after Stroke study in which researchers recruited 3,876 participants without diabetes but with insulin resistance who had experienced a stroke. Participants were randomly assigned to either pioglitazone or placebo during 5 years of follow-up. Pioglitazone reduced the incidence of recurrent stroke or MI by 24% (HR = 0.76; 95% CI, 0.62-0.93) and also had positive effects on obesity, hypertension and dyslipidemia, according to DeFronzo.

“I would argue that the best drug that we have for the treatment of cardiovascular disease is pioglitazone,” DeFronzo said. “The problem is there’s a perception with pioglitazone and that’s the problem. It’s not that the drug doesn’t work.”

DeFronzo further described the molecular mechanisms that lead to the blocking of nitric oxide and activation of atherogenesis as well as genetically inherited insulin resistance, which means that developing CVD can be just a matter of time for some patients.