“The iLet is a purpose-built bionic pancreas that provides safe and effective glycemic control to people with type 1 diabetes, similar to previous iterations of the bionic pancreas,” Rabab Z. Jafri, MD, instructor at Harvard Medical School and pediatric endocrinologist at Massachusetts General Hospital, told Endocrine Today. “The iLet received CGM input from either the Dexcom G5 or the Senseonics Eversense CGM and incorporated this into its dosing algorithm seamlessly. This will allow users to choose a CGM based on their individual preferences in the future.”

The Gen3 iLet (Beta Bionics) consists of a dual-chamber insulin pump built to class 3 medical device standards with accuracy consistent with FDA-approved insulin pumps, Jafri said during a presentation. It receives direct CGM information from one of two different platforms and can receive manual user input through a touchscreen. It can be used with either insulin or glucagon alone or both hormones together. The algorithm doses insulin and/or glucagon as needed based on CGM information. The system can be initialized based only on the user’s body weight and then adapts to the user with machine learning, according to Jafri.

Jafri and colleagues compared the iLet system in the insulin-only mode with usual care in a random-order, crossover study with 12 adults with type 1 diabetes who typically used multiple daily injections and 22 who used an insulin pump. The 17 participants at the Massachusetts General Hospital site used the Eversense CGM, those at the Stanford University site used the G5 CGM. The researchers analyzed data from 7 days of usual care and 7 days of iLet use.

“Subjects on [multiple daily injections] at baseline did not experience more hypoglycemia in the first 24 hours despite having long-acting insulin on board,” Jafri said. 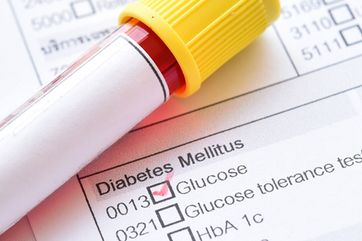 Jafri said she anticipates the iLet system to be commercially available in the next 2 years.

“There was no special training or run-in period required prior to starting patients on the iLet bionic pancreas, for either pump on multiple daily injection users,” Jafri said in an interview. “The iLet continuously adapts to individual insulin needs and only needs the user's weight to start, without any information about the user's insulin regimen, such as basal rates, carb ratios or correction factors.” – by Jill Rollet