SAN FRANCISCO — Using a continuous glucose monitor can lead to improved HbA1c and superior satisfaction for adolescents and young adults with type 1 diabetes compared with finger sticks, according to findings presented at the American Diabetes Association 79th Scientific Sessions.

“Glycemic control is suboptimal in the overwhelming majority of teens and young adults with type 1 diabetes, yet many do not embrace CGM technology like their adult counterparts,” Lori M. Laffel, MD, MPH, a professor of pediatrics at Harvard Medical School in Boston, said during a press conference. “Since the early devices, there have been many improvements in CGM technology, especially related to non-adjunctive CGM use, thereby reducing self-care burden. Thus, it is time to evaluate if teens and young adults with sub-optimal glycemic control will now embrace CGM devices.”

To compare HbA1c outcomes related to CGM and traditional blood glucose monitoring with finger sticks, Laffel and colleagues in the CITY study group conducted a randomized controlled trial with 153 individuals aged between 14 and 24 years (mean age, 17 years; 50% girls and women). Participants had type 1 diabetes for at least 1 year and baseline HbA1c between 7.5.% and 11%. Median disease duration in the total cohort was 8 years, and average HbA1c was 8.9%.

Laffel and colleagues randomly assigned participants to use either CGM (n = 74) or traditional blood glucose monitoring (n = 79). To address previously low levels of adherence to CGM, Laffel said, the CGM protocol included a social marketing component that provided information on how the device could be more seamlessly integrated into a participant’s everyday life while providing numerous benefits for their diabetes treatment. 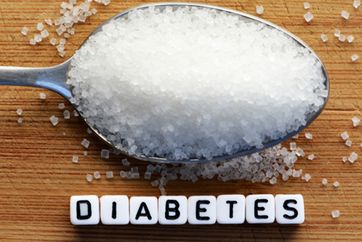 “We’re taking away the burden of finger-sticks,” Laffel said. “Increasing awareness through the social marketing component that we had in the study is possibly a way to go forward.”

A total of 71 participants in each group were retained after 6 months of follow-up, when HbA1c was recorded along with CGM metrics, glycemic variability, patient satisfaction and other secondary outcomes.

In addition to the benefits, for glucose time in range, the CGM group also improved their HbA1c by 0.4% (95% CI -0.7 to -0.1; P = .01) compared with the SMBG group. Participants in in the CGM group were more satisfied with their glucose monitoring (P = .003) compared with those using SMBG, Laffel said. CGM users also found the device more beneficial with fewer barriers to use, and they had a more positive outlook on using diabetes technology (P = .03 for all). In addition, wearing a CGM at least 5 days per week was reported by 68% of the CGM users, which Laffel said represented “remarkable durability of CGM use.”

“A lot of the previously reported data regarding insufficient CGM benefits to teens reflected a time when teens were using earlier generation CGM devices with poorer performance than today’s CGM devices,” Laffel said when addressing the lower adherence to CGM in young populations in previous studies. “What has happened since then is that CGM devices have shown improved performance so that we are finally, for the first time, reducing the burden of diabetes self-care with the use of these advanced diabetes technologies and, in turn, demonstrating glycemic benefits for this important age group.” – by Phil Neuffer