“Oral semaglutide ... is the first GLP-1 receptor agonist that has entered into phase 3 development. It’s a tablet formation and has the potential to become a new treatment for type 2 diabetes,” Richard E. Pratley, MD, the Samuel E. Crockett chair in diabetes research and medical director of AdventHealth Diabetes Institute, said during his presentation. “But what we’d really like to do is see how it stacks up against other medications in head-to-head studies, like SGLT2 inhibitors and, importantly, GLP-1 receptor agonists.”

Each of the studies presented compared efficacy and safety of 14 mg daily oral semaglutide with another agent for adults with type 2 diabetes uncontrolled with metformin. Based on discussions with regulatory agencies, each study employed two estimands: the treatment policy estimand, which assessed outcomes in all participants regardless of discontinuation or use of other diabetes medications, and the trial product estimand, which assessed outcomes only in participants who continued in the trial and did not use rescue medications.

Adverse events, mostly related to nausea, diarrhea and vomiting, were similar in both groups. Nausea diminished over time and was reported by 20% of the semaglutide group and 2% of the empagliflozin group; 11% of the semaglutide group discontinued due to adverse events vs. 4% for of the empagliflozin group. Hypoglycemic event rates were low in both groups, according to Montanya. 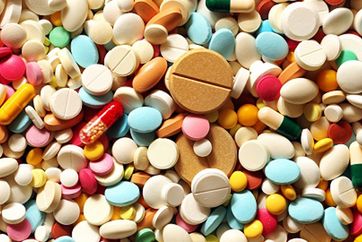 “At week 26, oral semaglutide was superior to empagliflozin for reducing HbA1c. Superiority for body weight reduction was not confirmed, but at week 52 oral semaglutide significantly reduced HbA1c and also reduced body weight when analyzed based on the trial product estimand vs. empagliflozin,” Montanya said. “In the safety analysis, semaglutide was well-tolerated, and the safety was found similar to what has been seen for other GLP-1 receptor agonists.”

Adverse events — mostly gastrointestinal and nausea, in particular —were more common with semaglutide (80% of participants) than with liraglutide (74%) or placebo (67%) but were consistent with the GLP-1 receptor agonist class in general, according to Pratley.

“My view is that as many patients and, indeed, providers are reluctant to intensify or initiate therapy with an injectable, oral semaglutide may be a very effective treatment option to allow earlier use of GLP-1 receptor agonists,” Pratley said. – by Jill Rollet

Editor's note: The article was updated on June 12, 2019 to indicate that in PIONEER 4 the HbA1c reduction with liraglutide was –1.2%. The editors regret the error.