SAN FRANCISCO — Adults with prediabetes assigned to daily vitamin D supplementation for 2.5 years were just as likely to develop type 2 diabetes during follow-up as similar patients assigned to placebo, regardless of baseline vitamin D status, according to study data presented here and published in The New England Journal of Medicine.

Findings from recent observational studies have suggested that vitamin D has extraskeletal benefits, including for diabetes prevention, whereas sales of over-the-counter vitamin D rose sharply between 2001 and 2009 as media outlets reported on such findings, Myrlene A. Staten, MD, a project scientist with the National Institute of Diabetes and Digestive and Kidney Diseases at the NIH, said during a presentation on the Vitamin D and Type 2 Diabetes (D2d) trial at the American Diabetes Association Scientific Sessions.

“It became important to determine, is all of this supplemental vitamin D that people are taking warranted?” Staten said. “The NIDDK and the Office of Dietary Supplements and ADA supported this trial to assess whether people at risk for type 2 diabetes, if they received vitamin D at 4,000 IU per day, would this reduce the rate of progression to type 2 diabetes?”

“For a variety of reasons, we specifically designed the study to be agnostic to the 25-hydroxyvitamin D levels at baseline, but also during the study in real time,” Anastassios G. Pittas, MD, co-director of the Diabetes and Lipid Center and professor at Tufts University School of Medicine, Boston, said during the presentation. “We expected the participants to have levels that were sufficient, which may have limited the study’s ability to detect a statistically significant event.” 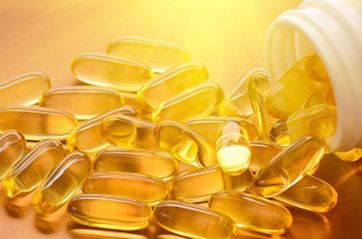 Adults with prediabetes assigned to daily vitamin D supplementation for 2.5 years were just as likely to develop type 2 diabetes during follow-up as similar patients assigned to placebo, regardless of baseline vitamin D status.
Shutterstock

To maximize the ability to observe a treatment effect, researchers asked participants to refrain from using diabetes-specific or weight-loss medications during the trial and limit the use of outside-of-trial vitamin D to 1,000 IU daily, including multivitamin use. Primary outcome was new-onset diabetes, with a target number of diabetes events of 508. Researchers used Cox proportional hazard models to calculate HR for new-onset diabetes between the two groups.

Compared with participants assigned placebo, the HR for new-onset diabetes for patients assigned to vitamin D was 0.88 (95% CI, 0.75-1.04). There were no between-group differences for adverse events.

In an exploratory, per-protocol analysis that excluded follow-up data from participants who started diabetes or weight-loss medications, stopped trial pills or took outside-of-trial vitamin D supplements greater than 1,000 IU daily, 266 participants (22%) in the vitamin D group and 304 patients (25.1%) in the placebo group developed type 2 diabetes, for an HR of 0.84 (95% CI, 0.71-1).

In the study, researchers noted that the high percentage of participants with adequate levels of vitamin D may have limited the ability of the trial to detect a significant effect.

“Among U.S. adults at high risk for type 2 diabetes without vitamin D insufficiency, vitamin D at 4,000 IU per day for a mean follow-up of 2 years did not significantly reduce the risk for diabetes, but, importantly, it did not lead to significantly more kidney stones, high serum calcium or high [glomerular filtration rate],” Pittas said.

Speaking during a Q&A session after the presentation, Staten said the researchers still plan to conduct individual-level patient data analysis, as well as assess the effect of several variables on insulin secretion.

“In terms of a major risk reduction for type 2 diabetes, D2d is a well-done trial that has answered that question,” Staten said.

In commentary accompanying the study, Deborah J. Wexler, MD, associate professor of medicine at Massachusetts General Hospital Diabetes Center and Harvard Medical School, wrote that the observed HR “does not rule out” a modest benefit of vitamin D supplementation.

“Any benefit of vitamin D for diabetes prevention, if present, is modest and clearly does not pertain to a vitamin D-sufficient population,” Wexler wrote. “Whether targeting populations with vitamin D levels below 12 ng/mL, many of whom have additional risk factors for diabetes, would have an effect on beta-cell function and progression to type 2 diabetes remains unresolved.”– by Regina Schaffer

The D2d trial was well designed and rigorously conducted. I do wish it had been powered to detect a smaller benefit; a 15% to 20% reduction in type 2 diabetes risk would have been very important for an outcome with such clinical and public health impact. A longer intervention may have also yielded different findings, as some of the effects of vitamin D may strengthen over time with longer treatment. Thus, it’s unfortunate that the trial was underpowered and missed its mark.

A closer look at D2d reveals some intriguing findings. If you look carefully at the results stratified by BMI, you see that, among those participants with a BMI of less than 30 kg/m², there was a 30% reduction in risk for developing type 2 diabetes, whereas those with a BMI above 30 kg/m² experienced no risk reduction. When you look at the data stratified by waist circumference, the findings go in the same direction. Interaction P values were not reported, however.

In our VITamin D and OmegA-3 Trial (VITAL), we saw a significant modifying effect of BMI for total cancer incidence. Participants in a normal weight range saw a statistically significant 24% reduction in cancer incidence with vitamin D supplementation, whereas those with a BMI above 27 kg/m² did not see a benefit for cancer incidence. The P value for interaction by BMI was 0.002. So, now you have two of the largest trials assessing daily, high-dose vitamin D — 2,000 IU daily in VITAL and 4,000 IU daily in D2d — showing a modifying effect by BMI, with a reduction in the primary endpoint of interest among participants without, but not with, obesity. This is really suggestive of reduced bioactivity, perhaps even resistance, to the effects of vitamin D in the participants with obesity.

Whether this relates to vitamin D receptor sensitivity, free 25-(OH)D levels, or other factors, is not clear. In VITAL, the change in serum total 25-(OH)D with treatment did not vary substantially by BMI. But I think these findings require further study. We may be dismissing important findings with vitamin D among those with a normal BMI because the overall findings of the trial are not significant, which will happen when a large percentage of the participants are overweight or obese. The average BMI in D2d was 32 kg/m².