NEW ORLEANS — Healthy men assigned to a daily oral modified testosterone pill for 1 month experienced a decrease in serum testosterone consistent with effective contraception while maintaining androgenic traits such as sexual function, according to study data presented at the Endocrine Society annual meeting.

Approximately 63% of reproductive-age women and 16% of men globally use a contraceptive, Wang said during a press conference. Male contraceptive methods — condoms, withdrawal or vasectomy — are user or timing dependent, have limited efficacy or can be irreversible, she said.

“The question we are always asked is, are men willing to use a novel contraceptive?” Wang said. “A global survey of over 9,000 men in nine countries showed that at least 55% of men would use a new method, and they say the pill was the most preferred method, followed by a long-acting injection.” 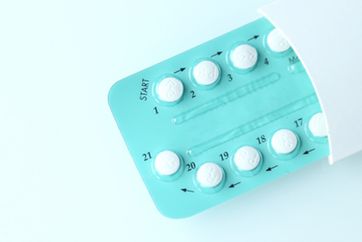 Once taken, the drug is converted to 11-beta-methyl-19-nortestosterone, or 11-beta-MNT, which acts as both a male hormone and a progestin, suppressing luteinizing hormone and FSH, Wang said.
Adobe Stock

In a study to assess safety and tolerability of the drug, Wang and colleagues analyzed data from 40 healthy men recruited through the Los Angeles Biomed Research Institute and the University of Washington in Seattle. Researchers randomly assigned men to 200 mg daily 11-beta-methyl-19-nortestosterone dodecyl carbonate (11-beta-MNTDC; n = 14), 400 mg daily 11-beta-MNTDC (n = 16) or to placebo (n = 10) for 28 days. Researchers evaluated men twice weekly to assess hematocrit level, liver function, lipid levels and adverse events. Blood samples were collected at baseline and 28 days to assess the pharmacokinetic and pharmacodynamic effects of the drug, including 24-hour serum drug concentrations and levels of testosterone, luteinizing hormone and follicle-stimulating hormone.

Once taken, the drug is converted to 11-beta-methyl-19-nortestosterone, or 11-beta-MNT, which acts as both a male hormone and a progestin, suppressing luteinizing hormone and FSH, Wang said.

“When we give an exogenous progestin, it knocks out or suppresses these two hormones and decreases testosterone and spermatogenesis,” Wang said.

“However, the men did not complain of, for example, loss of sexual drive, mainly because 11-beta-MNT is a male hormone that supports all the target organs of testosterone,” Wang said.

Wang said that researchers could not observe sperm suppression in the men, as the drug would take at least 60 to 90 days to affect sperm production. Researchers next plan to conduct a longer study of at least 3 months to demonstrate sperm suppression and prove further safety, before testing the drug with sexually active couples.

The contraceptive is a “sister compound” to dimethandrolone undecanoate, the first potential male contraceptive pill studied by the same research team and previously reported by Endocrine Today, and follows several other options being studied, Ronald Swerdloff, MD, professor of medicine, endocrinology, metabolism and nutrition at the David Geffen School of Medicine at UCLA and chief of the division of endocrinology at Harbor UCLA Medical Center, told Endocrine Today.

“We’ve made real progress, and now we are testing the multiple approaches that are being used at the present time to find out which [drug] is the most effective, which is the safest and which meets the needs of the patients best,” Swerdloff said in an interview. “We have injectables, we have pills and we have transdermals. It is not clear yet which is going to be preferred by patients the most, although we know that in the United States, pills, in general, tend to be preferred most by patients.” – by Regina Schaffer