NEW ORLEANS — Medical advancements have come a long way in the past century, but it is in the next 80 years that we may see tremendous breakthroughs in eliminating human disease — at least that is the goal for the Chan Zuckerberg Initiative. 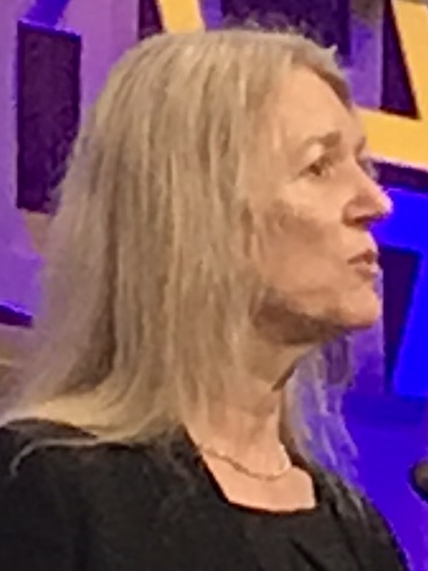 In a presentation at the Endocrine Society Annual Meeting, Cori Bargmann, PhD, head of the Lulu and Anthony Wang Laboratory of Neural Circuits and Behavior and the Torsten N. Wiesel professor at the Rockefeller University in New York, discussed details of the initiative. Bargmann, who is the group’s first president of science, outlined four key pillars for the initiative, which was started by pediatrician Priscilla Chan, MD, and her spouse, Facebook CEO Mark Zuckerberg. These pillars include people, technology, collaboration and open science. With these values in mind, the initiative aims to “make it possible to cure, prevent or manage all disease by the end of the century.”

“That’s a big statement,” Bargmann said during the presentation. “If you look back 80 years and see what science has done for medicine in that time, it’s nothing short of spectacular. ... It’s not unrealistic to think that, one day, science and technology could advance other work in disease as well, especially if we think about problems that might only be solved in the long term.”

Before reaching the finish line of such a lofty expectation, Bargmann said, the current focus is on a 10-year plan aimed at accelerating all biomedical science. As she put it, it’s about creating an enhanced connection between the scientist and the physician, which she noted has been a strong part of the discipline of endocrinology dating back to the first use of insulin.

“Our general motto is we want to support the people in science, the technology, collaboration between people and open science,” Bargmann said.

In outlining the initiative’s basic approach, Bargmann said it is a mix of traditional strategies, including funding grants for partners on a global scale, and more technologically focused endeavors, including the creation of open-source software tools and technology to enhance how research is done and how it can be translated into improving health care.

This two-pronged approach ultimately comes together in the form of collaboration. Bargmann said the teams that work on initiative-backed projects include program officers, clinical researchers, software engineers, product developers and computational biologists.

Leadership plays a role in deciding which avenues to pursue, with the initiative boasting a scientific advisory board that features experts in software, science and health care, such as Huda Zoghbi, MD, director of the Jan and Dan Duncan Neurological Research Institute at Texas Children’s Hospital and a Howard Hughes Medical Institute investigator; Robert Tjian, MD, former president of the Howard Hughes Medical Institute; and Arthur Levinson, PhD, the founder and CEO of Calico. It goes beyond these experts, however, as Bargmann said there must be an understanding of “what’s slowing science down.” That means that engaging the scientific community is an imperative and a key aspect of the initiative’s game plan.

Progress has already been made with current projects. In one such example, scientists, staff members and investigators from Stanford University, the University of California, Berkeley, and the University of California, San Francisco, as well as embedded engineers from the initiative itself are collaborating on infectious disease research based on single-cell technology. This has led to the IDseq project, which focuses on infectious disease sequencing. According to Bargmann, the project uses metagenomic sequencing of blood samples, cerebrospinal fluid samples and environment samples to identify pathogens. Initiative software engineers then worked on making this sequencing more cost-effective, and through a partnership with the Bill & Melinda Gates Foundation, used the program to identify a new strain of the chikungunya virus that was causing high rates of meningitis in Bangladesh.

“We collaborate as an organization. We don’t just stimulate collaborations in the field,” Bargmann said.

Beyond those projects, Bargmann described the initiative’s plans to use technology to improve how scientific knowledge is shared and discovered. This takes place in programs such as preprint servers (bioRxiv), protocol sharing (protocols.io) and an in-house program called Meta, which uses artificial intelligence and machine learning to help researchers find papers and preprints when and where they need them.

Another major project that Bargmann and the initiative are investing heavily in is the Human Cell Atlas. This open-door project is meant to create a resource that maps out the more than 30 trillion cells in the human body.

“The idea of describing all the cells in the human body is a project that is 100 years old. This technology should make it possible to do that in a much more sophisticated way,” Bargmann said. “It serves as a great example of a technology that can enable all of biomedicine because every disease has a cellular basis and by understanding what the cells are, what their normal properties are and how those change in disease, we should be able to make progress on many different diseases.”

One of the road blocks to such a resource is the need for a large data coordination platform built on a modern framework. To that end, the initiative is partnering with the Broad Institute, EMBL-EBI and the University of California, Santa Cruz, to construct the Human Cell Atlas Data Coordination Platform, which, according to Bargmann, will allow researchers to analyze, store, browse and explore data pertaining to single cells.

The work on the Human Cell Atlas illustrates how the initiative works with open requests for applications. Across its first three request for applications (RFAs), the third of which is currently being reviewed, Bargmann said, the initiative strove to improve experimental technology and best practices, develop computational tools for data integration and analyzation and, ultimately, combine these two aspects and progress toward the “first draft” of the Human Cell Atlas.

“At this point, we are funding over 200 groups in about 15 countries,” Bargmann said. “We view this as an international and collaborative project on a large scale.”

Another area of interest for the initiative is image-based transcriptomics. This process uses fluorescence for sequencing of thousands of genes at a time. According to Bargmann, this is a field in which progress is being slowed by exhaustive and time-consuming processes. The initiative is combating this with common tools for quicker imaging analysis through its open-sourced platform called Starfish. Beyond that, microscopy and imaging is a field in which excellent work is being done, according to Bargmann, but fragmentation is stopping more rapid advancement. By working with imaging scientists and funding software development, the initiative aims to improve the impact of this field.

“These groups typically have a lot of trouble getting support for the critical work they do. They are literally used by tens of thousands of scientists,” Bargmann said. “We’re thinking about how to better support this whole open-source software community.”

Finally, the initiative is also heavily invested in the science of neurodegenerative diseases such as amyotrophic lateral sclerosis (also known as ALS or Lou Gehrig’s disease), Parkinson’s disease and Alzheimer’s disease. According to Bargmann, this is a well-supported field, but due to a focus on late-stage instances of these conditions, there remains opportunity to expand its focus and reach even further. The Neurodegeneration Challenge Network, which includes collaborations with 48 labs, is an initiative program that aims to improve the field with the infusion of different perspectives as well as shared tools and resources. It is that collaborative approach that stands at the center of the goals the entire initiative hopes to reach, however high they may be, Bargmann said.

“We can’t exist in a system that’s overwhelmingly supporting individual accomplishment. We want to support collective progress. We’re taking a broader view of what productivity is. It’s not just your papers. It’s also your software, your data sets, your protocols, your resources. It’s whether people reuse them,” Bargmann said. “We have a lot of hope in this area. We’re optimistic that we can help and to move a few projects forward and, perhaps, change some of the way that science is done in the future.” – by Phil Neuffer