FGF21 protein may predict severity of NASH in obesity, diabetes

Measurement of fibroblast growth factor 21, a protein widely expressed in the liver, may predict the severity of nonalcoholic steatohepatitis in adults with obesity or type 2 diabetes, according to findings published in The Journal of Clinical Endocrinology & Metabolism. 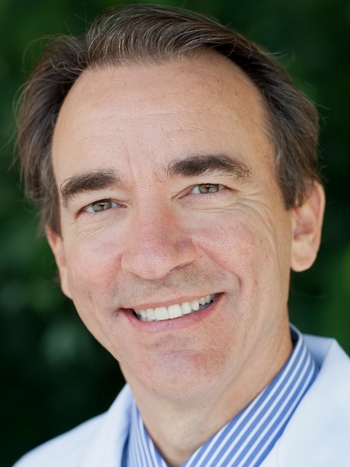 “Plasma fibroblast growth factor 21 (FGF21) correlates with severe steatohepatitis in patients with nonalcoholic steatohepatitis (NASH), and in particular, fibrosis, the most important feature that determines the progression of disease,” Kenneth Cusi, MD, FACP, FACE, professor of medicine and chief of the division of endocrinology, diabetes and metabolism at the University of Florida and Endocrine Today Editorial Board member, said in an interview. “We also saw that, as patients become more insulin resistant in muscle and adipose tissue, they had higher levels of FGF21. This protein could potentially identify those at the highest risk for disease progression.”

Researchers found that plasma FGF21 levels correlated inversely with insulin sensitivity in adipose tissue (P = .006) and skeletal muscle (P = .007), but not with liver insulin sensitivity. Patients with NASH had higher FGF21 levels than those without NASH (mean, 453 pg/mL vs. 341 pg/mL; P = .03) or no NAFLD (mean, 325 pg/mL; P = .02). The observed between-group differences in FGF21 levels were independent of obesity, the researchers noted, as patients with and without NASH had a comparable BMI (mean, 34.8 kg/m² vs. 33.8 kg/m², respectively).

“Of note, plasma FGF21 levels also correlated with visceral fat on MRI, but not with total body fat as measured by DXA, confirming that factors beyond total adiposity play a role in the control of FGF21 metabolism,” the researchers wrote.

Additionally, plasma FGF21 increased with the severity of necroinflammation (P = .02) and with worsening fibrosis (P < .001) but not with worsening steatosis (P = .6), according to researchers.

“We don’t really understand what the mechanism is that leads to NASH in two individuals with similar risk factors, like obesity and diabetes,” Cusi said. “These findings imply that plasma FGF21 does have a significant role in the pathogenesis of the disease.”

“Studies on the correlation between liver fat and FGF21 have been mixed,” Cusi said. “What makes this study unique is the large number of people who underwent gold-standard measurements of liver fat and insulin resistance, with most also undergoing a liver biopsy.”

Cusi noted that type 2 diabetes appears to worsen the course of NAFLD; the most recent American Diabetes Association’s Standards of Medical Care in Diabetes states physicians should screen for fibrosis in patients with diabetes and steatosis or with elevated liver enzyme levels.

“Practitioners need to be thinking more about the potential presence of NASH in their patients with obesity and diabetes,” Cusi said. – by Regina Schaffer