Among adults with obesity and type 2 diabetes undergoing Roux-en-Y gastric bypass, 74% experienced diabetes remission after 1 year, whereas 27% had relapsed by 5 years, suggesting more careful follow-up is needed, according to findings published in Diabetologia.

“Our results add to the evidence that patients with obesity and type 2 diabetes should be offered bariatric surgery early on in the course of their disease while there is still a great chance of diabetes remission,” Lene Ring Madsen, MD, PhD, of the department of endocrinology and internal medicine at Aarhus University Hospital, Denmark, told Endocrine Today. “Furthermore, bariatric surgery lowers the risk of microvascular complications. Overall, the surgery is safe. Therefore, we as doctors should bear this kind of treatment for patients with obesity and type 2 diabetes in mind as a part of our toolbox in treatment of type 2 diabetes. Furthermore, our study shows that type 2 diabetes following Roux-en-Y gastric bypass is dynamic; therefore, patients treated by surgery should comply to regular checkups.”

In a population-based observational study, Madsen and colleagues analyzed data from 1,111 adults with a BMI of at least 35 kg/m² and type 2 diabetes who underwent Roux-en-Y gastric bypass (median age, 47 years; 63.5% women; median diabetes duration, 3.6 years; median follow-up, 5.3 years) and 1,074 matched controls with type 2 diabetes who did not undergo bariatric surgery (median follow-up, 5.2 years). Researchers defined diabetes remission as an HbA1c of less than 6.5% and the use of no glucose-lowering drugs at each 6-month follow-up, or metformin monotherapy with an HbA1c of less than 6%. Diabetes relapse was defined as occurrence of an HbA1c of at least 6.5% or a new prescription for a glucose-lowering drug after initial discontinuation. Study outcomes included microvascular and macrovascular complications. Researchers used Poisson regression analysis to assess predictors for not achieving diabetes remission in the Roux-en-Y cohort, as well as the annual prevalence of diabetes relapse after 1 year among those who achieved diabetes remission after surgery. Cox proportional hazard regression was used to estimate the risk for microvascular and macrovascular complications after index date for those who underwent surgery vs. controls.

The researchers noted that there is still a “substantial risk” for relapse into type 2 diabetes, which should be accounted for when advising patients and planning postsurgical care.

“Studies with even longer follow-up on diabetes remission and diabetic complications and studies evaluating the long-term chance of diabetes remission following the newer form of bariatric surgery — gastric sleeve — are needed,” Madsen said. – by Regina Schaffer 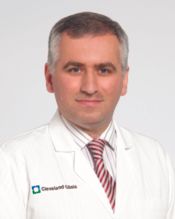 A large body of evidence is accumulating that suggests bariatric surgery is associated with lower risk for the development of complications of diabetes, including diabetic kidney disease, retinopathy and neuropathy.

Relapse of diabetes after bariatric surgery can occur in about one-third to one-fourth of patients who experience initial remission of diabetes following surgery. However, that should not be a discouraging fact. Those patients still benefit from the surgery for the period they experienced normal glucose control, despite having diabetes relapse in long-term follow-up.

Earlier surgical intervention when the diabetes is milder and when there is good pancreatic beta-cell reserve is associated with more durable remission and less relapse of diabetes following bariatric surgery. Surgery should not be considered as the last resort when the majority of beta-cells are burned out.