Among postmenopausal women, personality traits, such as low optimism or high hostility, may be independently associated with increased risk for type 2 diabetes, according to findings published in Menopause.

Previous studies of personality have focused on associations with mortality or cardiovascular disease outcomes; however, some studies have examined personality characteristics that may increase diabetes risk, Juhua Luo, PhD, associate professor in the department of epidemiology and biostatistics at Indiana University School of Public Health-Bloomington, and colleagues wrote in the study background. In a study of participants from the Women’s Health Initiative, cynicism was associated with incident diabetes during a 1-year follow-up period, whereas two studies demonstrated that trait anger and angry temperament were associated with increased risk for diabetes.

“Personality traits are difficult to change, especially among older persons,” Luo told Endocrine Today. “However, perhaps we can use information about personality to guide clinical or programmatic intervention strategies. For example, a person with low levels of optimism may be encouraged to set modest initial goals to encourage success.”

During an average of 14 years of follow-up, 19,240 women developed diabetes.

Researchers did not observe an association between ambivalence over emotional expressiveness and risk for diabetes. Results persisted after adjustment for BMI, waist-to-hip ratio, smoking, alcohol intake, physical activity, diet quality and prior hormone therapy use.

“It would be interesting to examine whether interventions during childhood might influence personality traits in favorable directions,” Luo said. “Among older persons, modifications in diabetes prevention programs may be tested to determine if consideration of personality characteristics reduces diabetes risk.” – by Regina Schaffer 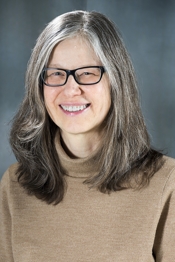 The concept that people’s personal attributes might contribute to multiple, chronic diseases is an idea that has been around for some time. Past research has suggested a link between “type A” personalities and CVD.

Here, data from the Women’s Health Initiative does suggest that hostility as a personality trait can be a potential factor in disease, particularly, type 2 diabetes. Some research suggests that even minor elevations in cortisol can contribute to chronic disease. That is not something that applies to just women — that just happens to be the cohort the authors are looking at here, because the dataset is so large. There really is not an equivalent dataset for men.

Personality traits do matter. Matching what a patient needs with a clinician’s ability to interact with that patient can help influence our ability to motivate the person to do things more appropriate for their own health. If we as clinicians have tools to help us better approach patients — perhaps using a personality assessment — that can help us to help them more effectively help themselves. Findings like these help build hypotheses about what we could be thinking about to improve research and, eventually, direct patient care. It’s a good concept to think about.