Adults with type 1 diabetes and an HbA1c of at least 8% were more likely to sustain a low-trauma fracture in the 4 years after diabetes diagnosis than similar adults with an HbA1c of less than 7%, according to findings from a case-control study.

“In patients diagnosed with [type 1 diabetes] during adolescence and early adulthood, deficiencies in insulin and insulin-like growth factor I seem to impair osteoblast function leading to lower bone mass, smaller bone size and alterations in bone microstructure,” Janina Vavanikunnel, MD, a research fellow in the division of endocrinology, diabetes and metabolism at University Hospital Basel, Switzerland, and colleagues wrote in the study background. “In contrast, patients with [type 2 diabetes], who usually suffer from obesity-related insulin resistance and hyperinsulinemia, present[ed] with normal to increased bone mass and preserved or even increased trabecular bone volume, but with increased cortical porosity. This pattern is found particularly in patients with fractures and microvascular complications.”

Among patients with type 2 diabetes, 8,859 sustained a fracture after diagnosis during a median of 4.5 years (71% women). In these patients, glycemic control was not associated with fracture risk; however, researchers observed increased fracture risk when patients were stratified by antidiabetes therapies. Compared with nonusers, adults prescribed pioglitazone (OR = 1.36; 95% CI, 1.25-1.49) or rosiglitazone (OR = 1.32; 95% CI, 1.2-1.46) were more likely to sustain a low-trauma fracture, independent of glycemic control, according to researchers.

“The impact of glycemic control on the risk of nonvertebral low-trauma fractures differed in [type 1 diabetes] and [type 2 diabetes] patients with short-term disease,” the researchers wrote. “While poor glycemic control elevated the risk of fracture in [type 1 diabetes] patients, we observed no such association in patients with [type 2 diabetes]. This might be attributed to a protective effect of insulin resistance in early disease.” – by Regina Schaffer 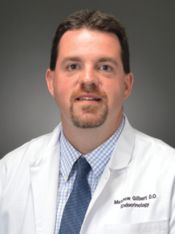 Both type 1 and type 2 diabetes have detrimental effects on skeletal health. The mechanisms behind the increased risk for fragility fractures in patients with type 1 diabetes differs from that in patients with type 2 diabetes. In addition, diabetes-specific factors, such as duration of diabetes, glycemic control, the presence of diabetes complications and hypoglycemia, may also contribute to increased fracture risk.

From a clinical standpoint, it is important to note that patients with type 2 diabetes have an increased fracture risk irrespective of sex, race or ethnicity. The mechanism behind this increased risk is likely multifactorial. Adequate glycemic control prevents or reduces the risk for microvascular complications, which have also been linked to increased fracture risk, whereas diabetic vascular complications may directly contribute to bone fragility and an increased risk of falls. Further, glycemic control may reduce the non-enzymatic glycosylation of collagen.

It is clear that more clinical research is needed to better establish the role of glycemic control in fracture risk in patients with diabetes.