An analysis of data from a small cohort of children with type 2 diabetes and nonalcoholic fatty liver disease, or NAFLD, suggests that nonalcoholic steatohepatitis, or NASH, is common among these patients, with 26% showing signs of advanced fibrosis, according to findings published in Pediatric Diabetes.

“Understanding the relationship between type 2 diabetes and NAFLD in children is particularly important, as type 2 diabetes has been strongly associated with liver-related mortality in adult patients with NAFLD,” Ron S. Newfield, MD, a pediatric endocrinologist with the University of California, San Diego, and Rady Children’s Hospital-San Diego, and colleagues wrote in the study background. “The goal of this study was to investigate the histologic characteristics of liver biopsies in a pediatric cohort of type 2 diabetes subjects, and whether exhibiting NASH or not correlates with their ethnicity, or their liver enzyme activity and metabolic phenotype, including their lipid profiles and diabetes control.”

In a chart review, Newfield and colleagues analyzed data from 38 children with type 2 diabetes diagnosed at a mean age of 13 years and followed in a diabetes clinic at Rady Children’s Hospital who had undergone a liver biopsy (mean age, 14 years) for evaluation of persistently elevated alanine transaminase (ALT) levels between 2001 and 2013. Within the cohort, 78.9% were prescribed metformin therapy and 50% prescribed insulin therapy (21 girls; 63.2% Hispanic). Researchers evaluated liver histology using the NASH Clinical Research Network scoring system known as the NAFLD activity score (composite score ranging from 0 to 8, with a score 5 indicating higher likelihood of NASH). Researchers also assessed lab results, including the highest transaminase levels and lipid panel results within 6 months of biopsy and HbA1c levels nearest to the time of biopsy, to correlate with NASH.

At the time of histological diagnosis of NAFLD, 61% had NASH, 13% had borderline NASH and 26% had NAFLD but not NASH, according to the researchers.

“This lends further support to the contention that using a cutoff [NAFLD activity score] 5 to diagnose NASH is not sensitive enough, which has been suggested by prior studies,” the researchers wrote.

They also noted that a larger pediatric study in patients with type 2 diabetes with other ethnic minorities and repeat biopsies is needed to test some of the associations suggested by this cohort.

“Whether metformin can help improve NAFLD or prevent its progression remains to be investigated in a pediatric cohort as well,” the researchers wrote. – by Regina Schaffer 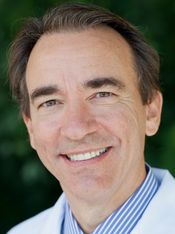 In this cohort, 61% of children biopsied because of unexplained elevated plasma aminotransferases (AST/ALT) had NASH, Moreover, 26% had advanced fibrosis, which most likely would lead to cirrhosis in many over time if nothing is done (i.e., weight loss). This study is a call to action for pediatric doctors to begin screening patients more aggressively.

The limitations to consider are the small sample size, being a retrospective chart review and that children were biopsied because they had elevated liver enzymes. Also, the cohort was predominantly Hispanic. However, NASH affected both sexes at an early age, and neither AST/ALT or the amount of steatosis predicted fibrosis, highlighting still the need of liver imaging for fibrosis and/or a biopsy for the diagnosis.

What should doctors be doing about this? Number one, keep NASH in the differential, because it happens in children with a much lower ALT level than previously thought. Second, ALT level is not a very good predictor of disease. We may consider using liver ultrasound to diagnose steatosis or more advanced techniques to detect fibrosis, such as vibration controlled transient elastography (VCTE; Fibroscan) or MRI-based elastography, to non-invasively diagnose this earlier. Third, two out of three children with NASH in this study improved their condition by losing weight and better managing their diabetes.

Taken together, the importance of this is to increase awareness that pediatricians should begin screening for NASH in children with obesity, particularly if they have diabetes. An early diagnosis is, today, the only way to prevent future cirrhosis. Fibrosis is reversable with weight loss and, possibly, with improved diabetes management.

The American Diabetes Association should begin considering NASH as another major complication of type 2 diabetes and including it in the guidelines as a condition that deserves screening and early intervention.

Disclosure: Cusi has received research funding from Echosens, the manufacturer of Fibroscan.