Women with gestational diabetes assigned to medical nutrition therapy based on the Mediterranean diet for 3 months experienced an improvement in glycemic profile at delivery that was comparable to pregnant women with normal glucose tolerance, study data show.

“Mediterranean diet-based medical nutrition therapy (MNT) should be considered as a universal, first-line therapy in gestational diabetes treatment to improve glycemic control and perinatal pregnancy outcomes,” Alfonso Luis Calle-Pascual, MD, PhD, of the endocrinology and nutrition department of Hospital Clinico San Carlos in Madrid, told Endocrine Today. “Complications induced by gestational diabetes in both the mother and the offspring can be prevented with a noninvasive treatment, such as a nutritional intervention with a Mediterranean diet.”

In a secondary analysis, Calle-Pascual and colleagues analyzed data from 874 pregnant women with normoglycemia before 12 weeks’ gestation, participating in the St. Carlos GDM Prevention Study, a prospective, single-center, randomized trial with two parallel groups. In that study, researchers randomly assigned the women at 12 weeks’ gestation to Mediterranean diet-based MNT with a recommended daily extra-virgin olive oil intake of at least 40 mL and a daily handful of nuts or to a control group. Gestational diabetes was diagnosed between 24 and 28 weeks’ gestation. Women from both the control and intervention groups diagnosed with gestational diabetes were then referred to a diabetes and pregnancy unit and prescribed Mediterranean diet-based MNT, whereas women not diagnosed with gestational diabetes followed the recommendations assigned to them at baseline (MNT or control). Researchers used analysis of covariance to compare HbA1c levels between groups at 36 to 38 gestational weeks.

Within the cohort, 177 women were diagnosed with gestational diabetes, including 103 from the control group and 74 from the intervention group.

At 36 to 38 weeks’ gestation, the between-group difference for mean HbA1c was not above the predefined noninferiority margin of –0.2%, showing a noninferiority target for MNT when compared with pregnant women who had normal glucose tolerance, according to the researchers.

At the time of gestational diabetes diagnosis, women had higher levels of fasting glucose as well as 1- and 2-hour postprandial glucose levels after a 75-g oral glucose tolerance test when compared with women with normoglycemia, in addition to higher HbA1c, fasting insulin and greater insulin resistance.

At 36 to 38 weeks’ gestation, only fasting glucose remained higher for the women with gestational diabetes assigned to MNT, according to the researchers, with no between-group differences for HbA1c, fasting insulin or insulin resistance measurements.

The researchers noted that rates of insufficient weight gain were higher among women with gestational diabetes vs. those with normal glucose tolerance (P = .001). In crude analysis of maternal and neonatal outcomes, women with gestational diabetes had an increased risk for insufficient weight gain (OR = 2.37; 95% CI, 1.64-3.3), urinary tract infections (OR = 1.69; 95% CI, 1.2-2.38) and infants born small for gestational age (OR = 2.05; 95% CI, 1.29-3.24). Results persisted after adjustment for BMI and ethnicity.

“It would be ideal to conduct a randomized controlled trial specifically designed to evaluate the cause of the unexpected insufficient weight gain observed in women with gestational diabetes following a Mediterranean diet,” Calle-Pascual said. – by Regina Schaffer 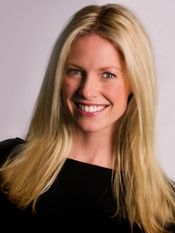 The Mediterranean diet is the diet that has never faltered in the 20 years I have been in this field. The average American — pregnant or not — is consuming too many white carbohydrates, anywhere from two to four times the amount that they should be. This is a contributing factor to diabetes in general, to weight gain, and to gestational diabetes. The Mediterranean diet instead focuses on wholes grains, fruits and vegetables, good fats, and putting that all in balance. That is why it is so effective.

In the 1990s, everything was fat-free. Today, we now know that by adding good fat to our meal plan, we find that patients are more satisfied at meal time. They tend to eat less and consume fewer white carbohydrates. Those good fats also help to lower LDL cholesterol.

More physicians should be referring these women to a registered dietitian. The education component needs to be there, going beyond 5 minutes in the physician’s office.