EMPA-REG: Empagliflozin can add 4 years to life expectancy in diabetes with CVD

Adults with type 2 diabetes and established cardiovascular disease who take the SGLT2 inhibitor empagliflozin can expect to live between 1 and 5 years longer than those without the drug, depending on the person’s age when initiating treatment, according to an actuarial analysis of the EMPA-REG Outcome trial published in Circulation.

“It was already known that empagliflozin significantly reduced the risk of death,” Brian Claggett, PhD, assistant professor at Harvard Medical School, told Endocrine Today. “We were then interested in attempting to translate that reduction into something more concrete and meaningful that a doctor and patient could discuss. Regardless of whether you're aged 45 or 80 years, we believe that empagliflozin would produce a 12% to 15% increase in life expectancy. That could mean as much as 4 additional years of life for some patients. Of course, these estimates will need to be validated with true, long-term follow-up of patients taking empagliflozin.”

Claggett and colleagues performed an actuarial analysis of data from EMPA-REG to estimate the long-term benefit of empagliflozin therapy (Jardiance, Boehringer Ingelheim) on the residual life span, estimating the effect of empagliflozin vs. placebo on all-cause mortality during the duration of patients’ lifetimes using patient age, rather than time since randomization, as the time scale.

Results from EMPA-REG, first presented in September 2015 and reported by Endocrine Today, showed that empagliflozin reduced the risk for CV death by 38% compared with placebo, with no significant difference in the risk for nonfatal myocardial infacrtion or stroke. Patients treated with empagliflozin also experienced a 32% reduction in all-cause mortality risk and a 35% reduction in risk for hospitalization for heart failure, according to researchers. The study included more than 7,000 adults with type 2 diabetes, BMI 45 kg/m² or less, HbA1c between 7% and 10% and an established history of CVD (mean age, 63 years; 72% men; mean HbA1c, 8%; mean BMI, 30.6 kg/m²)

The researchers produced actuarial estimates of the age-specific probabilities of death for the pooled empagliflozin group and the placebo group, and used those estimates to obtain nonparametric, age-based Kaplan-Meier estimates of the survival curve for patients at each year of age in each treatment group.

For patients in each treatment group at each year of age, researchers estimated expected residual years of survival as area under the survival curve up to a maximum of age 90 years, repeating the process for patients aged 45 to 80 years.

The researchers found that estimated mean survival was longer with empagliflozin vs. placebo across all ages.

“The absolute increases in mean survival with empagliflozin vs. placebo decreased with age, whereas the relative increases were consistent regardless of age and ranged between 12% and 15%,” the researchers wrote.

The researchers noted that an alternative analysis that assumes complete adherence would likely show even greater benefits.

“For a 60-year-old living with type 2 diabetes who has already had a cardiovascular event, previous studies estimate that life expectancy could be reduced by up to 12 years compared with someone of the same age without these conditions,” Claggett said in a press release. “This latest analysis estimates that empagliflozin could prolong such a person’s life span by, on average, 2.5 years.” – by Regina Schaffer 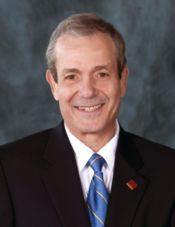 The findings here are not a surprise to me. Empagliflozin reduces risk for death in people with type 2 diabetes and CVD, and they can live longer with this drug. That’s an important message that is not always being translated.

The model here assumes that the same outcome in the trial will continue throughout the lifespan of a person. That is a good assumption, though, there are some models that would suggest the benefit diminishes over time and some models that suggest that if you continue with this management, you may derive even better results over time. I see this as a nice, not conservative, but also not a promiscuous prediction. What’s nice here is the predicted longer lifespan is the same, percentagewise, per age group, and averages at about 12% to 15% longer per life.

An analysis like this one brings to our world the direct meaning of the EMPA-REG study. I have no doubt that researchers with other, similar trials will now conduct similar models.