Children newly diagnosed with type 2 diabetes are at high risk for disease-related complications, including a fourfold increase in microalbuminuria over 1 year; however, weight loss and taking medications as prescribed can improve long-term outcomes, according to findings published in Pediatric Diabetes.

In children, type 2 diabetes has an aggressive clinical course and is associated with an accelerated loss of beta cells and rapid development of diabetes-related complications, Toby Candler, MBBS MRCPCH, a research fellow with the NIHR Biomedical Research Centre at the University of Bristol, United Kingdom, and colleagues wrote in the study background.

“Weight loss and treatment adherence are the key to better outcomes a year from diagnosis for type 2 diabetes, and that can be a positive message for young people,” Candler told Endocrine Today. “However, an observed increased prevalence in microalbuminuria is worrisome, and lack of screening is a concern, as microalbuminuria is associated with poorer metabolic control.”

However, incidence of microalbuminuria rose markedly for the cohort, from 4.2% at baseline to 16.4% at 1 year, according to the researchers.

“The rise in cases of microalbuminuria is concerning, with a fourfold increase over 1 year,” the researchers wrote. “Those with microalbuminuria had higher HbA1c levels, suggesting early-onset nephropathy may associate with poorer early diabetes control.”

Researchers found that the strongest predictors of change in HbA1c over 1 year were change in BMI SDS at follow-up, formal social care involvement and concerns regarding clinic attendance and ability to take medications as prescribed. Each 1-U increase in BMI SDS score at follow-up, HbA1c was increased by 34.9%, according to researchers.

Researchers also found that concerns regarding clinic attendance and ability to take medications as prescribed and BMI SDS change at 1 year were associated with HbA1c after adjustment for sex, age, race, child protection concerns, clinic appointments attended and current BMI SDS. Clinician-reported concerns about attendance and treatment were associated with a 32.1% higher HbA1c vs. children whose clinicians did not report such concerns, according to the researchers.

“Young people with [type 2 diabetes] are at significant risk of diabetes-related complications, and therefore, early engagement, treatment and achieving optimal glycemic control are crucial to achieve better long-term clinical outcomes,” the researchers wrote. “The key messages from our study is that adherence to treatment and a reduction in BMI is strongly associated with a lower HbA1c. This can be a reassuring and simple message to young people with [type 2 diabetes]; adhere to treatment and you will see an improvement in your HbA1c and help reduce long-term complications.”

“Further research into best treatments in this age group are needed, as the evidence base limited,” Candler said. – by Regina Schaffer 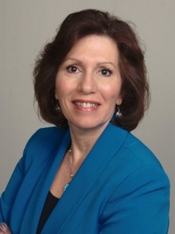 We know weight loss and physical activity reduces the risk for complications, lowers HbA1c and, many times, decreases the need for medication or, at the very least, allows for a reduction in dose. We also know that in order for a child to improve his or her health, we need to address the family culture and dynamics as well. There are so many variables when dealing with children. Diabetes is a disease that affects the entire family. By having the family implement positive behavior changes, such as engaging in physical activity, healthy meal planning, etc., the whole family will benefit, not just the child with type 2 diabetes.