Postmenopausal women have increased lipid deposits in the liver and skeletal muscle vs. premenopausal women that coincide with an increase in visceral fat mass, suggesting a mechanistic link between the changes in fat depots and increased incidence of insulin resistance seen after menopause, study data show.

Julie Abildgaard, a doctoral student from the Centre of Inflammation and Metabolism and the Centre for Physical Activity Research at the University of Copenhagen, Denmark, and colleagues analyzed data from 55 women aged 45 to 60 years, including 30 premenopausal women (mean age, 48 years) and 25 postmenopausal women (mean age, 55 years). Researchers measured lipid deposition in the liver via magnetic resonance spectroscopy, intramuscular and intra-abdominal lipid deposition via MRI and body composition via DXA. Insulin sensitivity was assessed with the composite Matsuda index in 47 women who underwent an oral glucose tolerance test. Primary outcome was the association between fat distribution, ectopic lipid distribution and insulin sensitivity in premenopausal and postmenopausal women. 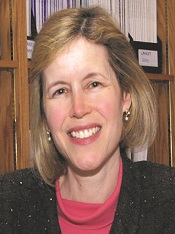 This study provides more evidence that menopause is linked to adverse changes in body composition that may contribute to insulin resistance, and these changes obviously include increased visceral adiposity and ectopic deposition of fat in the liver and skeletal muscle. Another finding not mentioned in this study is that there is increasing evidence that menopause is also associated with an increase in paracardial fat surrounding the heart, and that may also be linked to adverse cardiometabolic health. We know the effects of menopause on body composition go beyond the effects of chronological age. There is good evidence that, as women transition through menopause, certain body composition changes occur even after adjusting for age. The obvious question is how much of this is attributable to the decline in estrogen and how much is attributable to other factors?

There is also intriguing evidence that follicle-stimulating hormone, or FSH, may be related to increased visceral fat and a decrease in energy expenditure. Experiments that block FSH may lead to more browning of the fat and decreased energy expenditure.

So, at least some of the body composition changes appear to be related to the decline in estrogen, and that may be counteracted with estrogen therapy if the woman is an appropriate candidate. It could also relate to the FSH itself or an increase DNA methylation. There are a lot of potential explanations that need further research, but it does seem to go well beyond chronological age and estrogen.

The message for clinicians is that menopause is a period of these adverse changes in body compoaition, and it’s important to encourage women to be vigilant about lifestyle modifications to minimize these changes. Physical activity during this period and post-menopause — really, throughout life — will have benefits in terms of body composition and increase lean body mass and skeletal mass and will reduce adipose mass. Encouraging regular physical activity, including strength training, is tremendously important, as well as promoting a heart healthy diet.