The early onset of puberty in girls aged 6 to 11 years was associated with in utero exposure to maternal overweight and hyperglycemia, according to findings published in the American Journal of Epidemiology.

Adverse health consequences, such as obesity, type 2 diabetes, polycystic ovary syndrome and cancer, have been linked to early onset of puberty. Specifically, for girls, early puberty onset can increase the risk for depression and anxiety and has been associated with earlier sexual initiation and pregnancy, according to the study background.

“Little is known regarding the associations between maternal factors and pubertal timing, generally. The recent study adds to the current knowledge because of the size and diversity of the population,” Ai Kubo, MPH, PhD, research scientist with Kaiser Permanente Northern California, told Endocrine Today.

Kubo and colleagues utilized electronic patient records from Kaiser Permanente to create a cohort of 15,267 mother-daughter pairs. Among the girls, 5,625 were non-Hispanic white, 3,175 were Asian, 3,844 were Hispanic, 988 were black and 1,635 were other ethnicities. Girls born between 2003 and 2006 who had continuous insurance coverage and Kaiser Permanente membership and no conditions that affect pubertal development were assessed for Tanner staging by pediatricians until March 2017; breast Tanner stage data were available for 14,760 pairs and pubic hair Tanner stage data for 14,063 pairs.

Maternal obesity was significantly associated with earlier pubic hair onset. When maternal BMI and children’s pubic hair onset were stratified by ethnicity, no significant association was found among black girls, but Asian girls (and those in the “other” category) whose mothers had obesity experienced a 50% higher risk of earlier pubic hair onset vs. Asian girls whose mothers were of normal weight (HR = 1.53; 95% CI, 1.24-1.9). Among non-Hispanic white and Asian girls, maternal overweight was significantly associated with pubarche, but the relationship was not observed among Hispanic girls. Researchers identified a significant inverse association between maternal overweight and pubarche among black girls (HR = 0.7; 95% CI, 0.48-1).

“It might be because of the intensive care that women with a [gestational diabetes] diagnosis receive at Kaiser Permanente; this may have resulted in lower gestational weight gain and better lifestyle (diet/exercise), leading to better pregnancy outcomes as well as child development,” she told Endocrine Today.

The study results indicate that maternal metabolic factors during pregnancy are important to the timing of puberty in girls, Kubo said.

“Our findings underscore the importance of women who are trying to be pregnant or are pregnant paying attention to their lifestyle and weight, and doing their best to maintain healthy weight, diet and exercise habits,” she said. “For women who are overweight or have hyperglycemia, it might be good to practice a healthy lifestyle after birth of their baby, including breast-feeding (which also has been shown to be related to later pubertal onset), healthy diet, encouraging the child to exercise (high exercise is related to later puberty), minimizing exposure to endocrine disruptors, such as BPA or other environmental toxins, and getting enough sleep.” – by Marley Ghizzone 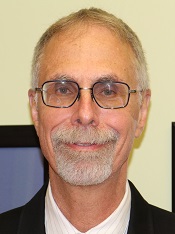 Earlier onset of puberty in females in the United States and Puerto Rico than occurred previously was suggested in seminal studies first published 20 years ago. This earlier development could lead to a number of adverse physical and psychological outcomes, including potentially longer lifetime estrogen exposure and higher risk for dependent cancers. Detection of underlying and treatable risk factors could have great health benefits.

It is fairly well-established that maternal prepregnancy obesity and excessive gestational weight gain are associated with increased risks for youth-onset obesity and other adverse childhood cardiometabolic, respiratory and cognitive health outcomes. The current study expands the authors’ (and others’) research that shows that female offspring across all races studied from pregnancies with excess maternal weight gain have earlier thelarche than occurs in those from mothers with normal or insufficient weight gain. There was a similar pattern seen for pubic hair, but not in African American girls.

These associative results are provocative and suggest the need for a better understanding of their genetic and/or environmental basis, including any roles for maternal pubertal timing, as well as genetic and epigenetic factors by which gestational weight gain may program fetal and subsequent postnatal development. Comparable studies in male offspring are also necessary.

The Center for Endocrinology, Diabetes and Metabolism

Disclosure: Geffner reports he serves on advisory boards for AbbVie and Endo and on a data safety monitoring board for Tolmar.