Pennings and colleagues analyzed self-reported 10-year weight change from 3,840 participants of the 2011-2014 cycles of the U.S. National Health and Nutrition Examination Survey (mean age, 46 years; 49.3% men; 41% white; 31.5% with overweight; 29.6% with obesity; 20.5% current smokers). Researchers stratified the cohort into six groups based on fasting glucose, defined as normal, prediabetic or diabetic, and by fasting insulin levels, which were categorized as normal ( 25th percentile) or elevated ( 25th percentile), and calculated insulin resistance using the homeostatic model assessment of insulin resistance (HOMA-IR). Researchers used linear regression analysis to predict the linear relationship between insulin and HOMA-IR and weight change over 10 years. Participants who intentionally lost weight through diet or exercise or prescribed weight-loss medications were excluded from the study.

“This study provides further insight on the dynamic relationship between endogenous insulin production and insulin resistance,” Pennings said in an interview. “Dietary actions that stimulate endogenous insulin production, such as excess consumption of sugar and refined carbohydrates, result in weight gain, but as insulin resistance and glycemic state progress, weight gain is attenuated. However, the reduction in weight gain may be at metabolic expense, as excess calories are no longer effectively stored in the face of insulin resistance, but instead circulate as elevated glucose and free fatty acids. This, in turn, contributes toward the progression of type 2 diabetes.”

Pennings said the to prevent weight gain, it is important clinicians work with patients to avoid actions that increase insulin release, such as consumption of sugar and refined carbohydrates, as well as encourage activities that improve insulin sensitivity, such as exercise. – by Regina Schaffer 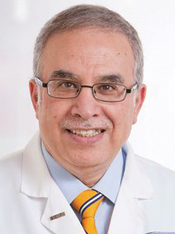 This study is unique in explaining the triangle relationship between hyperinsulinemia, weight gain and hyperglycemia over time. It supports our long-time clinical observation that dysglycemia and onset of diabetes is frequently preceded by an accelerated period of weight gain. It seems now that the sequence of events in the roadmap to diabetes is much clearer. It all starts with slight weight gain in a genetically determined individual that is followed by hyperinsulinemia, and then a period of accelerated weight gain, mostly caused by the anabolic effect of insulin, which results in further, more-severe insulin resistance. Insulin resistance is then associated by a slower weight gain due to increased lipolysis from visceral adipose tissue, which in turn increases free fatty acids and lipotoxicity, which leads to beta-cell dysfunction and hyperglycemia. A perfect storm is brewing. The question is: When is the better time to intervene when you see these signals in order to prevent diabetes?