An intensive weight management program delivered in the primary care setting was effective for diabetes remission and weight loss in adults with type 2 diabetes compared with treatment with best-practice care guidelines only, study data show.

“Rather than addressing the root cause, management guidelines for type 2 diabetes focus on reducing blood sugar levels through drug treatments,” Roy Taylor, MD, FRCP, professor of medicine and metabolism at Newcastle University in the United Kingdom, said in a press release. “Diet and lifestyle are touched upon, but diabetes remission by cutting calories is rarely discussed. A major difference from other studies is that we advised a period of dietary weight loss with no increase in physical activity, but during the long-term follow-up increased daily activity is important. Bariatric surgery can achieve remission of diabetes in about three-quarters of people, but it is more expensive and risky, and is only available to a small number of patients.”

Taylor and colleagues evaluated data from the Diabetes Remission Clinical Trial ( DiRECT ) to determine whether weight management delivered in the primary care setting is effective for sustained remission of type 2 diabetes at 12 months. Participants for the study were recruited between July 25, 2014, and Aug. 5, 2017. Participants were randomly assigned to best-practice care guidelines (control; n =149) or a weight management program that included withdrawal of antidiabetic and antihypertensive drugs, total diet replacement, stepped food reintroduction and structured support for long-term weight maintenance ( intervention; n = 149).

Nine serious adverse events occurred during the study period, but none led to study withdrawal. “Our findings suggest that the very large weight losses targeted by bariatric surgery are not essential to reverse the underlying processes which cause type 2 diabetes,” Taylor said. “The weight-loss goals provided by this program are achievable for many people. The big challenge is long-term avoidance of weight regain. Follow-up of DiRECT will continue for 4 years and reveal whether weight loss and remission is achievable in the long-term.”

In an accompanying editorial, Matti Uusitupa, MD, PhD, professor emeritus in the Institute of Public Health and Clinical Nutrition at the University of Eastern Finland, wrote that “the DiRECT study indicates that the time of diabetes diagnosis is the best point to start weight reduction and lifestyle changes because motivation of a patient is usually high and can be enhanced by the professional health care providers.”

“However, disease prevention should be maintained as the primary goal that requires both individual-level and population-based strategies, including taxation of unhealthy food items to tackle the epidemic of obesity and type 2 diabetes,” he wrote. – by Amber Cox 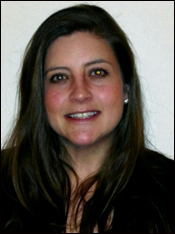 I am an author of a type 2 diabetes prevention study conducted in a real-world primary care setting. I support the DiRECT study’s findings that the remission of type 2 diabetes should be a practical target for primary care. However, how best to deliver this target, in the real world, is always challenging.

The study’s intervention adherence rate was very high (79%), and there was a low percentage of patients that were lost to follow up (8%) at 12 months. However, there was a lower than average percentage of patients screened who then went on to enroll in the program (1,510 patients were screened for eligibility of which 1,087 did not enroll, equating to a 28% take-up). Compare this with Public Health England’s meta-analysis on diabetes prevention programs, which found that, on average, 37% of patients who are eligible and referred will take up the intervention (https://www.gov.uk/government/publications/diabetes-prevention-programmes-evidence-review). This informs future studies when planning an intervention in the real world — a large number of patients need to be screened, but once a patient is engaged in the program they are likely to adhere to it. The study engaged a high percentage of male patients. Although a higher proportion of men have type 2 diabetes, it is well known that men participate less in behavior change programs. It would be useful to undertake a qualitative analysis to understand why this happened in the DiRECT study.

Any real-world study will have variation in intervention delivery. However, the Counterweight Plus study design recruited either a nurse or a dietician, as available locally. There is a large variation in nutrition training between these two qualifications. A nutrition qualification will typically take 3 years to complete; 8 hours of Counterweight Plus training with ongoing mentoring doesn’t seem to be substantial training in nutrition for the nurses. There will also be variations in standards of care in the control group as not all general practitioners and nurses receive nutrition education as part of general medical training. Therefore, the confidence and ability of health care professionals to promote good nutrition is not standardized and often not routinely promoted for patients. I would also expect there to be large variances in standards of care between practices as it is difficult to standardize care across 49 practices, especially when the mean number of patients per practice equated to six patients per practice. In future studies, it would be beneficial to increase the sample size per practice or condense the number of practices.

The study experienced how important it is to have strict inclusion and exclusion criteria for primary care. Future studies should detail the inclusion criteria so that primary care practices can search their patient registers much more easily than waiting for opportunistic or routine appointment recruitment methods.

The first phase of the Counterweight Plus diet stipulated a 59% carbohydrate content and 13% fat content, higher than the 50% carbohydrate and lower than the 35% daily recommended allowance of dietary fat endorsed by the Scientific Advisory Committee on Nutrition for optimal health benefits. It ignores the growing body of evidence that diets higher in protein and saturated fats are leading to increases in insulin sensitivity and optimal blood glucose control (Ajala O, et al. Am J Clin Nutr. 2012;doi: 10.3945/ajcn.112.057547. Mozaffarian D. Lancet Diabetes Endocrinol. 2017;doi:10.1016/S2213-8587(14)70166-4). In the second phase of the Counterweight Plus diet there was a large increase in dietary fat percentage (from 13% to 35%) and large decrease in protein (from 26% to 15%) and no mention of fiber. Future studies may benefit from investigating the optimal nutrient composition. However, they acknowledged that individual dietary flexibility is important for optimal adherence.

The majority of the patients were from a white ethnic background (98%). Consideration is needed if this intervention were to be rolled out to black and minority ethnic groups. Patients may have benefitted from participating in some patient group sessions, to increase emotional support, motivation and group learning regarding relapse-prevention techniques as advised by the U.K.’s NICE Tier 2 Weight Management Guidance.

Stopping all patient antidiabetic and antihypertensive drugs has been recommended in previous studies when starting a low-energy diet; however, adherence to that diet needs to be closely monitored, especially within this population group. Although there were minimal adverse health events, I wonder whether control of HbA1c and/or blood pressure would have been tighter had medication been reduced gradually according to their physiology reactions to weight loss.

The findings confirmed that type 2 diabetes (of up to 6 years’ duration) is not necessarily a permanent, lifelong condition. The researchers acknowledge that existing evidence has shown that remission is less likely with longer durations of disease. A further study could investigate whether there is an optimal length of time the patient had diabetes and/or starting HbA1c to achieve optimal reductions in blood glucose.

One of the main critiques of any weight-loss study is the length of follow-up. Currently there are only 12-month data, but, as acknowledged, even if weight gain and type 2 diabetes recur, there might be a legacy effect of improved HbA1c for that time. Another benefit of the Counterweight Plus program is that it incorporated a maintenance phase and patient education focused on the longer-term holistic approach to a healthy lifestyle, therefore increasing the chances of long-term diabetes remission. I look forward to reading the DiRECT study’s 4 year follow up.