Approximately 5.6% of all incident cancers in 2012 were attributable to the combined effects of diabetes and high BMI as independent risk factors, according to a new analysis published in The Lancet Diabetes & Endocrinology.

In a comprehensive global analysis of cancer incidence and published literature assessing the associations of diabetes and high BMI with site-specific cancers, the researchers also found that BMI of at least 25 kg/m² was responsible for twice as many cancer cases as diabetes (544,300 vs. 280,100 cases).

“As the prevalence of these cancer risk factors increases, clinical and public health efforts should focus on identifying preventive and screening measures for populations and for individual patients,” Jonathan Pearson-Stuttard, BMBCh, honorary clinical research fellow at the School of Public Health at Imperial College London, United Kingdom, said in a press release. “It is important that effective food policies are implemented to tackle the rising prevalence of diabetes, high BMI and the diseases related to these risk factors.”

Pearson-Stuttard and colleagues estimated population attributable fractions for 12 cancers by age and sex for 175 countries in 2012. Researchers used comprehensive prevalence estimates for diabetes and BMI categories in 2002, assuming a 10-year lag between exposure to diabetes or high BMI (defined as BMI 25 kg/m²) and incidence of cancer, combined with RRs from published estimates, to quantify the contribution of diabetes and high BMI to site-specific cancers, both individually and combined as independent risk factors. Researchers also used a conservative model assuming a full overlap of the risk from diabetes and high BMI. The researchers also used GLOBOCAN 2012 cancer incidence data to estimate the number of cancer cases attributable to the two risk factors, and estimated the number of cancer cases in 2012 attributable to increases in the prevalence of diabetes and high BMI from 1980 to 2002. All analyses were done at the individual country level and grouped by region.

Globally, 38.2% of cancer cases attributable to diabetes and high BMI in 2012 occurred in high-income, Western countries, according to researchers, whereas 24.1% of such cancers occurred in East Asia and Southeast Asia.

“At the two extremes, just 7% of cancer cases in 2012 attributable to diabetes were due to increased diabetes prevalence in women in central and eastern Europe, compared with 48% in men in south Asia,” the researchers wrote.

“Increases in diabetes and high BMI worldwide could lead to a substantial increase in the proportion of cancers attributable to these risk factors, if nothing is done to reduce them,” Pearson-Stuttard said in the release. “These projections are particularly alarming when considering the high and increasing cost of cancer and metabolic diseases, and highlight the need to improve control measures and increase awareness of the link between cancer, diabetes and high BMI.” – by Regina Schaffer

Disclosure: One of the study authors reports he received a charitable grant from the Young Health Program of AstraZeneca and personal fees from Third Bridge, Prudential and Scor. 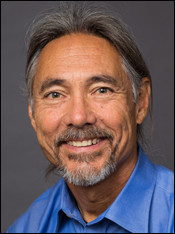 Unfortunately, these findings are not surprising at all.

In terms of reproductive cancers — such as endometrial, but also ovarian and breast cancers — the combination of weight gain and diabetes are well known. As women increase their fat mass, they will experience an increase in estrogen and insulin. As many people with diabetics have high insulin levels in the early stages of the disease, you have a perfect storm of the combination of elevated levels of estrogen and insulin, which can bring about and drive the growth of various cancers. This can be particularly hard on women, as men do not experience an increase in testosterone as they gain fat mass. Still, men are also at risk for cancer related to obesity and diabetes.

When we as clinicians discuss the risks of cancer with patients, they are often surprised to find out that obesity and diabetes are promoters of various cancers. Of even more interest is that many physicians do not know of this link. Thus, the first place to start will be education. 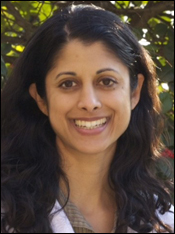 This meta-analysis thoughtfully adds to prior research implicating the role of high BMI in cancer risk by looking at both high BMI and diabetes as independent and combined risk factors, given possible overlap.

As a female endocrinologist and weight-management specialist, I find it intriguing that high BMI and diabetes affect a woman’s risk of cancer greater than a man’s, and that the prevalence of such cancers associated with these risk factors varies so much by region. More research is needed to look into these particular mechanisms and the associations with gender.

In my practice, most patients are motivated to lose weight to reduce their risk for diabetes, heart disease, stroke and other metabolic complications. But this study supports the need to start counselling our overweight and obese patients about their increased risk for cancer. Telling a patient that diet and lifestyle modification and use of diabetes or weight-loss medication can reduce their risk of cancer may be a huge motivational factor to help them lose weight. Future studies looking at the role of weight loss and changes in cancer risk could further stimulate local and regional interventions.