Researchers report a substantial increase in the use of metformin as first-line therapy for type 2 diabetes during the past 10 years; second-line therapy choices vary, according to findings published in Diabetes Care.

“Our findings reflect the continued glycemic risk burden in patients with type 2 diabetes,” Sanjoy K. Paul, PhD, chair in clinical epidemiology, biostatistics and health services research, department of medicine at the University of Melbourne and director of the Melbourne EpiCentre at The Royal Melbourne Hospital, told Endocrine Today. “Therapeutic inertia and its consequences remain poorly addressed in primary care systems.”

“We have observed that choice of antidiabetic drugs differs by patient characteristics. Nonetheless, pharmacological intensification for glycemic control occurs at high HbA1c levels irrespective of drug choice, contrary to the guidelines for therapeutic management in patients with type 2 diabetes,” Paul said. “We have seen that despite the effectiveness and increasing popularity of new antidiabetic drugs, sulfonylureas remain the most popular second-line therapy choice. Overall, use of sulfonylureas and insulin have not been reduced during the last decade.”

The discontinuation rates of new therapeutic classes were surprising, according to Paul.

“The higher cost of these newer drugs may be relevant and may also contribute to the fairly low rates of initiation of these drugs overall,” he said. “More studies, utilizing additional data sources, are needed to specifically test hypotheses for the differences in initiation, adherence and persistence between drug classes.” – by Amber Cox

Sanjoy K. Paul, PhD, can be reached at sanjoy.paul@unimelb.edu.eu. 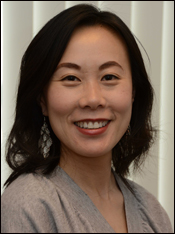 The number of options to manage glycemia in type 2 diabetes has increased substantially in the last 10 years. On the one hand, this is good news for people living with type 2 diabetes, but on the other hand, it has increased confusion among practitioners when faced with so many choices. Guidelines have tried to provide some guidance and more recent cardiovascular outcome trials have demonstrated superiority of some medications. However, do guidelines and landmark clinical trial evidence influence clinical practice, and how long does it take? This longitudinal exploratory study of over 1 million adult patients with type 2 diabetes in the United States between 2005 and 2016 has provided some interesting insights.

Guidelines can make a difference over time. In 2006, the consensus statement from the American Diabetes Association and the European Association for the Study of Diabetes recommended that first-line therapy be metformin. After 4 years, the use of metformin as the first antidiabetes drug increased from 60% in 2006 to 72% in 2010 and has remained fairly consistent since then. The use of sulfonylureas as first-line therapy has also been discouraged since 2006, and their use in that capacity has declined accordingly.

Bad news travels quicker — in the spring of 2007, the first indication of CVD concern about a thiazolidinedione was released, and by the fall of 2007, rosiglitazone (Avandia, GlaxoSmithKline) had a black box warning. One year later, the use of thiazolidinedione as either first or second antidiabetes drug declined 40% to 50% compared with its use in 2006. The “bad news” coupled with the arrival of another option, DPP-4 inhibitors, likely contributed to the rapid decline.

Landmark clinical trial data takes time to affect practice. In September 2015, EMPA-REG OUTCOME showed CV superiority of empagliflozin (Jardiance, Boehringer Ingelheim) in patients with CVD with reduction in death. In June 2016, LEADER demonstrated CV superiority and reduction in death with liraglutide (Victoza, Novo Nordisk). Yet there was no increase in the use of SLGT2 inhibitors between 2015 and 2016 and minimal change with GLP-1 receptor agonists in 2016. This serves as a reminder that although data are critical for practice change, it takes time for practitioners to receive, accept and ultimately utilize it. Change is hard.

We need to understand adherence better. A surprising finding by Paul and colleagues was the high rate of discontinuation among the newer antidiabetes drugs (ie, DPP-4 inhibitors, GLP-1 receptor agonists, SGLT2 inhibitors) compared with metformin, sulfonylureas or insulin. Side effect profile does not explain this discrepancy, and it would be interesting to explore further whether access, media exposure or our own support of these newer therapies are affecting adherence over time.