Hormone therapy does not increase mortality risk in postmenopausal women

All-cause mortality and death rates from cardiovascular diseases, cancer and other causes do not significantly differ among women assigned to receive hormone therapy for 5 to 7 years compared with placebo, and followed over 18 years, according to findings published in JAMA.

“All-cause mortality provides a critically important summary measure for an intervention such as hormone therapy that has a complex matrix of benefits and risks,” JoAnn E. Manson, MD, DrPH, FACE, professor of medicine and the Michael and Lee Bell Professor of Women’s Health at Harvard Medical School and chief of the division of preventive medicine at Brigham and Women’s Hospital, said in a press release. “Mortality rates are the ultimate ‘bottom line’ when assessing the net effect of a medication on serious and life-threatening health outcomes.”

Manson and colleagues evaluated data from the Women’s Health Initiative Estrogen Plus Progestin and Estrogen-Alone Trials on 27,347 postmenopausal women (mean age, 63.4 years) randomly assigned to conjugated equine estrogens plus medroxyprogesterone acetate vs. placebo for 5.6 years (WHI Estrogen Plus Progestin Trial) or conjugated equine estrogens alone vs. placebo for women with hysterectomy (WHI Estrogen-Alone Trial) for 7.2 years. Participants were enrolled between 1993 and 1998, and follow-up was conducted for a median of 18 years until Dec. 31, 2014.

Researchers sought to determine total and cause-specific cumulative mortality through follow-up (n = 7,489 deaths) in women assigned to different types of HT or placebo.

During 18 years of follow-up, all-cause mortality was similar between the pooled HT cohort (27.1%) and pooled placebo cohort (27.6%; HR = 0.99; 95% CI, 0.94-1.03). All-cause mortality was also similar when the trials were considered separately: WHI Estrogen Plus Progestin Trial (26.4% vs. placebo, 26%) and the WHI Estrogen-Alone Trial (28.3% vs. placebo, 30%). Mortality rates were also 30% lower in participants aged 50 to 59 years at enrollment assigned to HT compared with participants of the same age assigned to placebo.

There were 2,456 deaths from CVD during the follow-up period in the pooled cohort, and mortality was similar between the HT (8.9%) and placebo (9%) groups.

In the pooled cohort, there were 2,207 deaths from cancer, and mortality rates were similar between the HT (8.2%) and placebo (8%) groups.

No significant differences were observed in CVD, cancer or other mortality between the trials.

“We observed a trend toward reduced mortality in younger women (age 50-59) who received hormone therapy, and neutral effects in older women (in their 60s and 70s) who received hormone therapy,” Manson said in the release. “These findings provide support for clinical guidelines endorsing the use of hormone therapy for recently menopausal women to manage bothersome hot flashes and other menopausal symptoms. However, the findings do not provide support for the use of hormone therapy for the prevention of cardiovascular disease or other chronic disease. In clinical decision making, these consideration must be weighed against the impact of untreated menopausal symptoms that women experience, including impaired quality of life, disrupted sleep, reduced work productivity and increased health care expenditures.”

In an accompanying editorial, Melissa McNeil, MD, MPH, associate chief of the division of general internal medicine, chief of the section of women’s health and director of the Comprehensive Women’s Health Program at the University of Pittsburgh, wrote that the results “expand the understanding of the long-term risks and benefits of hormone therapy.”

“This information will be helpful in counseling women considering whether to start hormone therapy and hopefully will alleviate concerns that many patients and physicians have about the initiation of hormone therapy. For women with troubling vasomotor symptoms, premature menopause or early-onset osteoporosis, hormone therapy appears to be both safe and efficacious.” – by Amber Cox 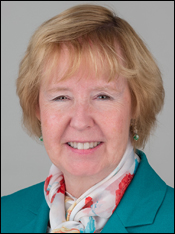 New long-term analysis from the large WHI by Manson and colleagues found no increased risk for long-term all-cause mortality or death from CVD or cancer for women initiating HT at all ages. The findings confirm the recommendations from the 2017 position statement of the North American Menopause Society about the safety and efficacy of HT for women aged 60 years and younger and within 10 years of menopause to treat bothersome menopause-related hot flashes, night sweats and sleep disruption and to prevent osteoporosis and fracture (Menopause. 2017;doi:10.1097/GME.0000000000000921).

Despite the concerning results initially published in 2002 from the WHI combined hormone therapy study of increased risks of CVD, breast cancer, stroke and dementia, the overall finding from this new analysis was reassuring (Rossouw JE, et al. JAMA;2002:doi:10.1001/jama.288.3.321). No association was found between HT and all-cause mortality during either the treatment period or the long-term follow-up of these trials. There was a trend found of reduced mortality in women closer to menopause (aged 50 to 59 years) who received HT, but neutral effects in women further from menopause (aged 60 years and into their 70s) who received HT. Although the trend toward improvement in younger women closer to menopause was reassuring, the analysis did not support the use of HT for the long-term prevention of chronic diseases, including CVD.

Disclosure: Pinkerton reports she receives grants/research support and travel funds from Therapeutics Inc. (all fees to the University of Virginia).