Hormone therapy less common among postmenopausal women with vs. without diabetes

Postmenopausal women with obesity, diabetes or breast cancer are less likely to use hormone therapy compared with their healthier counterparts, according to study findings published in Menopause.

Christy Costanian, MSc, of the School of Kinesiology and Health Science at York University in Toronto, and colleagues evaluated data from the “tracking” cohort of the Canadian Longitudinal Study on Aging on 854 Canadian women interviewed between 2010 and 2013 about their HT use to determine the prevalence and factors associated with the therapy.

Overall, 9.5% of participants reported current use, 21.9% reported past use and 68.6% reported no use. Participants aged 50 to 54 years at the time of HT initiation were most likely to be current or past users than participants who were younger or older.

Estrogen alone was the most commonly used HT among current users (45.6%) followed by estrogen plus progesterone (35.5%), estrogen via cream or gel (9.7%) and progesterone alone (8%).

“Ascertainment of providers’ knowledge and prescribing patterns will also yield key information to understand HT use, as it is important that HT be given after a thorough and systematic risk/benefit assessment,” the researchers wrote. “Finally, effective doctor-patient communication and programs to increase women’s awareness and education about menopause management is essential to improve their understanding, compliance and ability to cope with the symptoms accompanying the menopausal transition.” – by Amber Cox 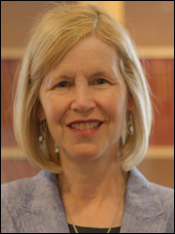 The recent cross-sectional report from the Canadian Longitudinal Study on Aging is the first nationally representative study of the prevalence and sociodemographic/behavioral correlates of menopausal hormone therapy use in Canada in the post-Women’s Health Initiative era. The researchers report a prevalence of 9.5% for current use of HT among women aged 45 to 85 years, somewhat higher than the prevalence of approximately 5% in recent U.S. surveys, but reflecting the dramatic decline in use seen worldwide since the Women’s Health Initiative. In the Canadian survey, the prevalence of use was significantly lower in older age groups and in women of non-white racial/ethnic background, current smokers, and those with obesity or comorbidities, such as diabetes and a history of breast cancer. A higher prevalence of HT use was associated with surgical menopause, higher levels of physical activity and alcohol consumption, mood disorders and other clinical factors. The overall pattern, however, was consistent with a higher prevalence of HT use among women with a healthier risk factor profile. Understanding the demographic, behavioral and medical characteristics of women using HT may provide insights to inform clinical decision making, and may facilitate shared decision making that is critically important to empower women. Although the lower prevalence of HT use among older women and those with serious comorbidities may reflect favorable secular trends, it is important for women with bothersome menopausal symptoms or other indications for HT to be fully informed about their treatment options. It is also important for clinicians to receive adequate training regarding both hormonal and nonhormonal therapies for menopause management. To facilitate shared decision making, The North American Menopause Society provides a free mobile app called MenoPro (a clinical decision-support tool with dual modes for clinicians and patients) to support individualized risk assessment when counseling midlife women about their treatment options.