WASHINGTON — Tranexamic acid administered intravenously before and after noncardiac surgery lowered the risk for life-threatening, major and critical organ bleeding compared with placebo, according to results of the POISE-3 trial.

Although 1 g IV bolus tranexamic acid cut bleeding risk at 30 days, noninferiority was not established for the composite vascular outcome compared with placebo, researchers reported at the American College of Cardiology Scientific Session. 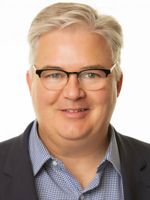 “The majority of patients undergoing noncardiac surgery do not receive tranexamic acid. There is an annual global shortage of 30 million blood product units and surgery accounts for upwards of 40% of all transfusions,” P.J. Devereaux, MD, PhD, director of the division of perioperative care at McMaster University in Hamilton, Ontario, Canada, said during the late-breaking clinical trial presentation. “Given that 300 million surgeries occur worldwide annually, POISE-3 identifies that the use of tranexamic acid could avoid upward of 8 million bleeding events resulting in transfusions on an annual basis, indicating the potential for large public health and clinical benefit if tranexamic acid becomes standard practice in noncardiac surgery.”

The findings were simultaneously published in The New England Journal of Medicine.

Researchers enrolled 9,535 patients at 114 centers in 22 countries. Patients were randomly assigned to receive a single dose of tranexamic acid or placebo before and after surgery (mean age, 69 years; 44% women; 76% white).

More than 99% of participants completed their 30-day follow-up.

Participants were enrolled who were aged 45 years or older, were undergoing inpatient noncardiac surgery and were at risk for bleeding and CV complications. Risk factors included known atherosclerotic CVD, major surgery, age of 70 years or older and a serum creatinine level greater than 175 mol/L.

The primary efficacy outcome was a composite of bleeding events including life-threatening bleeding, major bleeding or bleeding into a critical organ at 30 days. Devereaux said patients assigned tranexamic acid before and after noncardiac surgery had lower risk for the composite bleeding outcome compared with those assigned placebo (9.1% vs. 11.7%; HR = 0.76; 95% CI, 0.67-0.87; P < .0001 for superiority).

The primary safety outcome was a composite of vascular events including myocardial injury, nonhemorrhagic stroke, peripheral arterial thrombosis or symptomatic proximal venous thromboembolism at 30 days. The composite CV outcome occurred in 14.2% of patients assigned tranexamic acid compared with 13.9% of those assigned placebo (HR = 1.023; 95% CI, 0.918-1.142); noninferiority was not established (P for noninferiority = .04).

“A problem that exists in surgery is that, preoperatively, you can predict who is at risk for bleeding, but what you can’t predict is intraoperative mishap. Intraoperative mishap does happen and people will end up bleeding,” Devereaux said. “So, even a patient who might start out with a lower risk for bleeding, that doesn’t mean in fact that person will not bleed. Because the drug is so cheap, we can apply it to a broad population; even at an economic level it seems like a winner to give to all patients undergoing major noncardiac surgery.”

Also presented at the ACC Scientific Session was a post hoc analysis of POISE-3 for which researchers compared a perioperative hypotension-avoidance strategy to a hypertension avoidance strategy in this population.

The primary outcome was the same vascular composite outcome used in the POISE-3 trial.

Moreover, randomization to tranexamic acid or placebo in the main POISE-3 study had no effect on these results (P for interaction = .54) 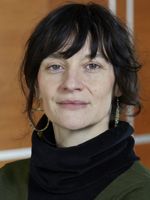 “We concluded that a perioperative hypotension avoidance strategy did not differ from a hypertensive avoidance strategy regarding the effects on 30-day vascular complications,” “POISE-3 does inform two important questions that commonly confront physicians that care of patients coming in for surgery,” Maura Marcucci, MD, assistant professor of clinical epidemiology and perioperative medicine at McMaster University in Hamilton, Ontario, Canada, said during the presentation. “During surgery, targeting mean arterial pressure of 60 mm Hg or greater or targeting higher mean arterial pressures, 80 or greater, produces similar results for vascular outcomes. Perioperatively holding ACE inhibitors, ARBs and continuing other chronic antihypertensive meds based on systolic blood pressure, vs. just continuing all chronic antihypertensive medication, resulted in no substantial impact on hemodynamics and vascular outcomes.”

This [POISE-3 post hoc analysis] is kind of a “Goldilocks” study, in looking for that happy medium.

The takeaway is that either protocol that was instituted seemed to get you to that Goldilocks level. It means that you can then tailor your approach to the individual patient based on their individual parameters.

There wasn’t subgrouping by age, which would’ve been interesting to look at. The researchers measured length of stay, number of days alive at home, functional capacity, fall risk and neurocognitive deficits. The endpoints are pretty hard. If grandmom was confused after surgery because her BP was too low or too high, that may not have been captured yet. It’s a very important outcome for that patient and for the people caring for them.

The most important take-home message from POISE-3, which was a well-designed large, multicenter trial of nearly 10,000 patients across 114 hospitals, was that tranexamic acid to prevent bleeding in patients having noncardiac surgery is safe and effective. It reduced the composite outcome of major bleeding events without any incremental adverse thrombotic events.

My take-home message from this trial is that patients should be receiving tranexamic acid almost routinely. Currently, 88% to 90% of cardiac surgery centers use tranexamic acid routinely; there have been [many] randomized trials that show its safety; and it makes sense to translate this to noncardiac surgical practice based on the results of this study.