Disclosures: He and Patel report no relevant financial disclosures.

Village doctors in rural China with basic medical training successfully treated patients with hypertension using a standard protocol and health coaching, serving as a potential model for other low-resource settings. 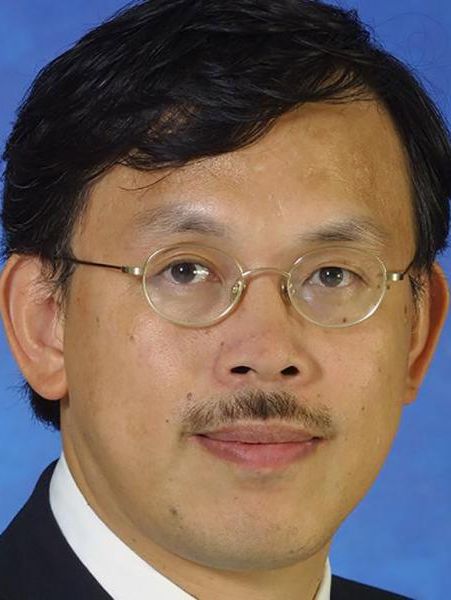 “Village doctors — formerly known as barefoot doctors — have traditionally provided basic primary health care in rural China,” Jiang He, MD, PhD, professor and the Joseph S. Copes Chair of Epidemiology in the School of Public Health and Tropical Medicine at Tulane University and director of the Tulane University Translational Science Institute, said during a press conference at the American Heart Association Scientific Sessions. “With appropriate training, they could play an important role in hypertension control in rural China.”

For the new trial, He and colleagues randomly assigned 163 villages to a village doctor-led intervention (n = 17,407) and 163 villages to usual care (n = 16,588), with all residents enrolled in the China New Rural Cooperative Medical Scheme. All participants had uncontrolled hypertension, defined as untreated BP of at least 140/90 mm Hg, treated BP of at least 130/80 mm Hg or a BP of at least 130/80 for those with clinical CVD. The mean age of participants was 63 years and mean duration of hypertension was 7 years.

At 18 months, 57% of participants living in intervention villages achieved the primary outcome of BP of 130/80 mm Hg or lower compared with 20% of those living in control villages, with a group difference of 37% (P < .001).

“Our study demonstrated the village doctor-led multifaceted intervention significantly improved blood pressure control among rural residents in China,” He told Healio. “This feasible, effective and sustainable implementation strategy could be scaled up in rural China and other low-resource settings for hypertension control. These findings have important public health significance. Improving BP control in low- and middle-income countries would significantly reduce global burden of CVD.”

These findings marked another important study conducted in rural China that demonstrates an opportunity to improve global health, Manesh Patel, MD, chief of the division of cardiology at Duke University School of Medicine and program committee chair of the 2021 AHA Scientific Sessions, said during the press conference.

“This is a village doctor-led intervention in a low-resource setting, but with the support of primary care physicians, access to medications and BP monitors, and showed us a 15 mm BP reduction, which is certainly going to reduce the mortality of that population,” Patel said. “This is an important message for [cardiologists] not just in how they did it, but also thinking about how we translate that to other parts of the world, including parts of the United States, where we have low-resource settings and certainly a lot of people with hypertension.”

Seventy-five percent of individuals with hypertension live in low- to middle-income countries like China. However, as Keith C. Ferdinand, MD, said in his discussant remarks, some high-income countries like the United States have low-resource areas, so we may be able to take tips from this study and deploy them in rural and underserved areas of the U.S.
In China, 28% of adults have hypertension and stroke is a huge cause of morbidity and mortality there. Village doctors are community members who receive minimal basic medical training about how to measure BP and how to follow protocol-based, guideline-based regimens for BP treatment.
The difference between the villages assigned to the intervention and the villages assigned to the usual care was remarkable: a 37% difference in the proportion who achieved BP control, defined as < 130 mm Hg systolic/80 mm Hg diastolic. The intervention benefited all subgroups by age, sex and CV risk status; encouragingly, the study population was 60% women. The net BP difference was about 15 mm systolic/7 mm Hg diastolic. This translates meaningfully into reduction in stroke and other major adverse CV outcomes including HF, which is strongly linked to BP.
The study shows the strategy is feasible, sustainable and can be deployed in low-resource areas to improve BP. While there are not village doctors in the U.S., we have barbershops, nail salons, hair salons and other places in the community which have members who could be given training on how to take BP and follow protocols and get support from medical providers.
Studies like this make you rethink how we should deliver health care. If we rely on only making changes in a traditional clinic visit, we will not get enough people to goal.