According to data presented at the virtual American College of Cardiology Scientific Session, concomitant cardioprotective therapies during early breast cancer treatment may not be necessary without the presence of preexisting CVD.

The study was simultaneously published in Circulation. 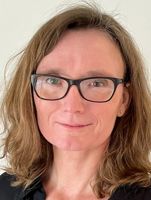 “If patients don’t have preexisting heart conditions or high cardiovascular risks from the start — for example, hypertension or diabetes — it seems to be relatively safe to administer adjuvant therapy,” Siri Lagethon Heck, MD, PhD, cardiovascular radiologist at Akershus University Hospital in Lørenskog, Norway, said in a press release. “In this patient group, the therapy isn’t as dangerous as previously thought, and in general, patients should not be afraid that their cancer therapy will harm their heart.”

In the long-term follow-up results of PRADA, a 2x2 factorial, randomized, placebo-controlled, double-blind trial, researchers enrolled 120 women receiving treatment for early breast cancer with anthracyclines, with or without anti-human epidermal growth factor receptor 2 (HER2) antibodies, and radiotherapy. Researchers hypothesized that long-term decline in cardiac function may be prevented by using concomitant metoprolol, a beta-blocker, and/or candesartan, an angiotensin receptor blocker, during treatment for early breast cancer.

Baseline characteristics such as age (median age, 51 years), BMI, smoking status and presence of hypertension and diabetes were similar in all four groups.

The primary outcome was change in LVEF assessed by cardiac MRI from baseline to a median of 23 months follow-up, and secondary outcomes included changes in LV volumes and cardiac troponin I and T concentrations.

Candesartan treatment was associated with an average reduction in the secondary outcome measure of LV end-diastolic volume of 5 mL compared with an increase of 2 mL among patients not receiving candesartan (P = .021).

Researchers reported no effect of concomitant metoprolol and/or candesartan during treatment for early breast cancer on change in cardiac troponins.

Additionally, there were no between-group differences in incidence of HF or decline in LVEF.

“Therapy with candesartan and metoprolol during adjuvant therapy for early breast cancer did not protect against the decline in systolic function at follow-up 2 years after randomization,” Heck said during the presentation. “As decline in systolic function was small and not prevented by the intervention, routine cardioprotective therapy with angiotensin receptor blockers and beta-blockers seems not to be required for most patients.”

Discussant Bonnie Ky, MD, MSCE, director of the Penn Cardio-Oncology Translational Center of Excellence at Penn Medicine, framed these results in the context of the short-term data from the PRADA study presented in 2015.

“In candesartan, metoprolol or placebo, there is no effect at 2 years as measured by cardiac MRI and cardiac injury measures such as troponin; but a very modest protective effect on end-diastolic volume and global longitudinal strain with candesartan,” Ky said. “In contrast, the short-term PRADA results in 2015 suggested there was a 2.6% decline in EF in the no candesartan group, which was attenuated in those patients treated with candesartan, potentially suggesting that candesartan may have a protective effect. There are many important strengths of this study related to the design and execution and the careful phenotyping using cardiac MRI, echo and biomarkers in the long-term follow-up. A critical take-home message for our field is that we need to target cardioprotective therapy according to risk and personalize cardioprotective therapy according to who’s at increased risk, be it by treatment factors or host factors.”

The PRADA study was an important trial because reduction in LVEF among women treated with anthracycline-containing chemotherapy remains a concerning and vexing issue. To date, we don't have a clear evidence base for whether or not treatments such as angiotensin receptor blockers, beta-blockers or other drugs might be expected to attenuate the loss of LV function. This is not a small problem, because younger women with breast cancer who are successfully treated might be exposed to longer-term risks for HF after surviving their treatment.

The PRADA study was a small trial with a 2x2 factorial design where women received either metoprolol, candesartan, a combination of the two or placebo. What this means in a study of around 150 participants, only about 30 patients per study arm were followed up in this analysis. In the long-term follow-up 2 years after chemotherapy and randomization, there was no difference between the groups such that one cannot definitively say that candesartan or metoprolol has any clearly meaningful effect on long-term decline of LV function.

This comes with huge caveats. It is hard to believe there would be statistical power to detect differences with such small groups, particularly given the fact that nearly 20% of the study participants did not have a follow-up imaging study.

What this means from a clinical trial perspective is that more data are needed with larger well-powered studies to address this question in a more definitive fashion. What this means from a clinical manner is that we should not develop nihilism that therapies like angiotensin receptor blockers or beta-blockers do not have an effect; and patients with a decay in EF should clearly be treated with these medications that have been shown repeatedly to be safe. Ultimately, what we are left with from the PRADA study is a clear need to study this on a larger scale and more-powered manner.

I have seen comments that this raises the possibility that therapies such as angiotensin receptor blockers or beta-blockers should not be used in the hope that they would protect decline of LV function. That is falling prey to the potential for a Type 2 error in a very small study.

All the things that we try to do — such as using ACE inhibitors and beta blockers — to moderate the risks of cardiomyopathy associated with anthracycline cycles, particularly doxorubicin in breast cancer, don't necessarily seem to make much of a difference, at least in the long term. PRADA showed that in short term, metoprolol did reduce troponin levels and the ACE inhibitors did reduce the risk of decrease in LVEF, but over the long term, it doesn't seem like they make a difference.

I don't know that it necessarily means that these medications don't make a difference in that setting. Maybe we're just starting with a lower-risk population, given that these are patients with breast cancer, who receive only 240 mg/m2 of doxorubicin, which doesn't cause much cardiotoxicity compared with the higher doses that we use in treating cancers like lymphomas or sarcomas.

Perhaps in this low-risk population, cardioprotection would be difficult to see, especially with the small number of people that were examined.

It is also possible that one of the main issues is personalization. Prior studies have suggested some benefit with beta-blockers, especially candesartan, and some of the studies have not suggested any benefits. Some studies have suggested benefits with ACE inhibitors or not. Conclusions have been mixed. There is a possibility that, even though overall pathology for cardiomyopathy is the same and involves the neurohormonal system, peroxidation and cell injury, some patients particularly respond more to some therapies while others don't, and maybe personalization in assessment of risks and personalization in therapy could be things to examine down the line.

PRADA is an elegantly done study. The fact that they used cardiac MRI to do their assessments actually lends a lot of power to the study, as opposed to using echocardiography, which can be pretty subjective. The use of cardiac MRI makes it more objective; makes the study findings more believable; and potentially produces data that we can all make use of clinically to treat our patients.