Habitual drinking of tea, particularly green tea, confers a significant reduction in risk for atherosclerotic CVD and all-cause mortality, according to research published in the European Journal of Preventive Cardiology.

Investigators found that among 100,902 Chinese adults, compared with never drinking tea or not drinking it habitually, drinking tea at least three times per week was associated with reduced risk for:

“The findings of the current study could provide evidence for dietary recommendation of primary prevention against CVD and related diseases,” Dongfeng Gu, of the department of epidemiology at the Chinese Academy of Medical Sciences and Peking Union Medical College, China, told Healio. “The current study was based among general healthy adults. Findings from the current study support the recommendation of tea drinking in primary prevention for those without clinically defined cardiovascular disease, such as coronary heart disease or stroke, not all patients of cardiologists.” 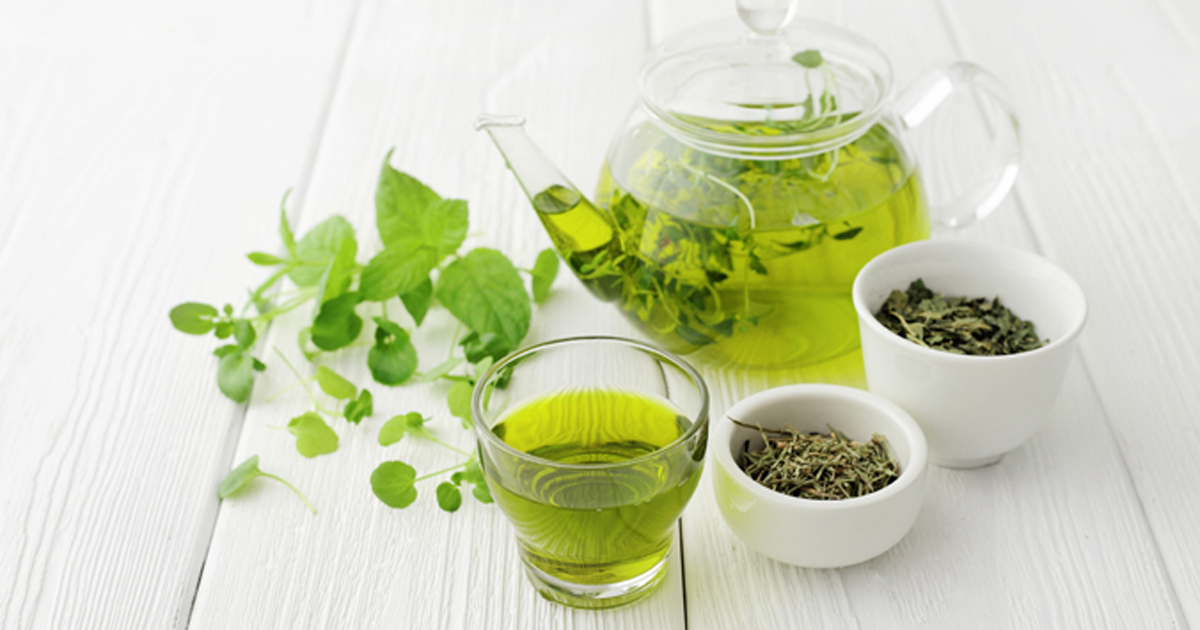 Habitual drinking of tea, particularly green tea, confers a significant reduction in risk for atherosclerotic CVD and all-cause mortality, according to research published in the European Journal of Preventive Cardiology.
Source: Adobe Stock

Of the habitual tea drinkers (31.6% of the cohort; 48.2% men; 20.4% women), researchers found that 49% drank green tea, 8% drank black tea and the remaining 43% preferred scented tea or other types. According to the study, habitual tea drinkers were more likely to be men, smokers and alcohol drinkers.

In other findings, habitual green tea consumption in particular was associated with reduced risks for all outcomes except CHD mortality compared with never or nonhabitual tea drinkers. In addition, researchers found no significant association between black tea drinking and risk for ASCVD or all-cause mortality. Other types of tea were significantly associated with reduced risk for ASCVD, stroke and all-cause mortality, according to the study.

“In fact, the results were expected, and the variation is explicable. Firstly, the proportion of habitual black tea consumers is relatively small, which might not have enough power to observe robust effects,” Gu said in an interview. “Secondly, green tea is a rich source of flavonoids and these bioactive compounds have been proved to be protective against CVD or its risk factors, including high blood pressure and dyslipidemia. Black tea is fully fermented, and tea polyphenols might be oxidized into pigments and inactivate during fermentation. Thus, green tea tends to be more effective than black tea in anti-oxidation, improving blood lipid profile, and in turn, to be more effective in cardiovascular protection. These differences were reflected in our results that the protective effects were the most robust for green tea.”

The effects of tea consumption were assessed using data from the Prediction for ASCVD Risk in China (China-PAR) project that was conducted in 15 provinces across China since 1998. Data on tea type and consumption habits were gathered via standardized questionnaire and outcomes were identified during interviews with participants or using hospital records and/death certificates during a median follow-up of 7.3 years.

Future research and generalizability of findings

“Follow-up of cohorts from our project is still ongoing now and we are expecting more evidence by accumulating more information,” Gu told Healio. “First, we will investigate the health benefits of tea drinking on other outcomes, such as cancer. Second, we will be able to further identify the reasons for gender differences on the relationship of tea drinking with CVD. Third, we will refine the health effects of different types and amounts of tea.”

“Tea consumption is part of a cultural heritage, and its health effects might be confounded by other eating and drinking patterns, for example, consumption of other flavonoid-rich foods or beverages like coffee,” Gu and colleagues wrote in the study. “Thus, our results from the current study population might be generalizable to the general Chinese adults or other East Asia populations with similar dietary pattern and tea drinking habits but not for the West.” – by Scott Buzby

Disclosures: Gu and the other authors report no relevant financial disclosures.

Wang and colleagues provide a strong, hypothesis-generating case for the beneficial effects of tea consumption on the development of atherosclerosis. Their study is retrospective and largely dependent on self-reported endpoints rather than collecting the hard, objective data needed to document an independent dose response between tea consumption and the progression of atherosclerotic plaque development. While this study cannot completely account for the influence of multiple confounding variables as causal factors in the development of atherosclerosis, it complements a longstanding suggestion that tea is good for you. Further studies are clearly warranted to prove this intriguing hypothesis.