ATLANTA — Although progress has been made in diagnosing and treating patients with familial hypercholesterolemia, more work is needed in these areas, according to a presentation at the FH Foundation’s FH Global Summit.

Substantial progress has been made with regards to familial hypercholesterolemia (FH) since 2012, Joshua W. Knowles, MD, PhD, assistant professor of medicine (cardiovascular medicine) at the Stanford University Medical Center, volunteer chief medical advisor for the FH Foundation and Cardiology Today Next Gen Innovator, said during the presentation. At that time, less than 1% of patients were diagnosed with the condition and there were no ICD codes, no national registry and limited treatment options, according to the presentation.

Progress has also been made in the treatments for FH, starting with bile acid sequestrants in August 1973. Statins were introduced in 1987, LDL apheresis in 1997, then ezetimibe in 2002. Recently, lomitapide (Juxtapid, Aegerion) was indicated for FH in December 2012, then alirocumab (Praluent, Sanofi Aventis) in July 2015 followed by evolocumab (Repatha, Amgen) in August 2015.

FH was not singled out in guidelines until the 2018 American College of Cardiology/American Heart Association Guideline on the Management of Blood Cholesterol, according to the presentation.

“These experts really weighed the evidence behind FH, and for the first time called out FH as a specific condition that required enhanced screening, therapy and attention,” Knowles said during the presentation. 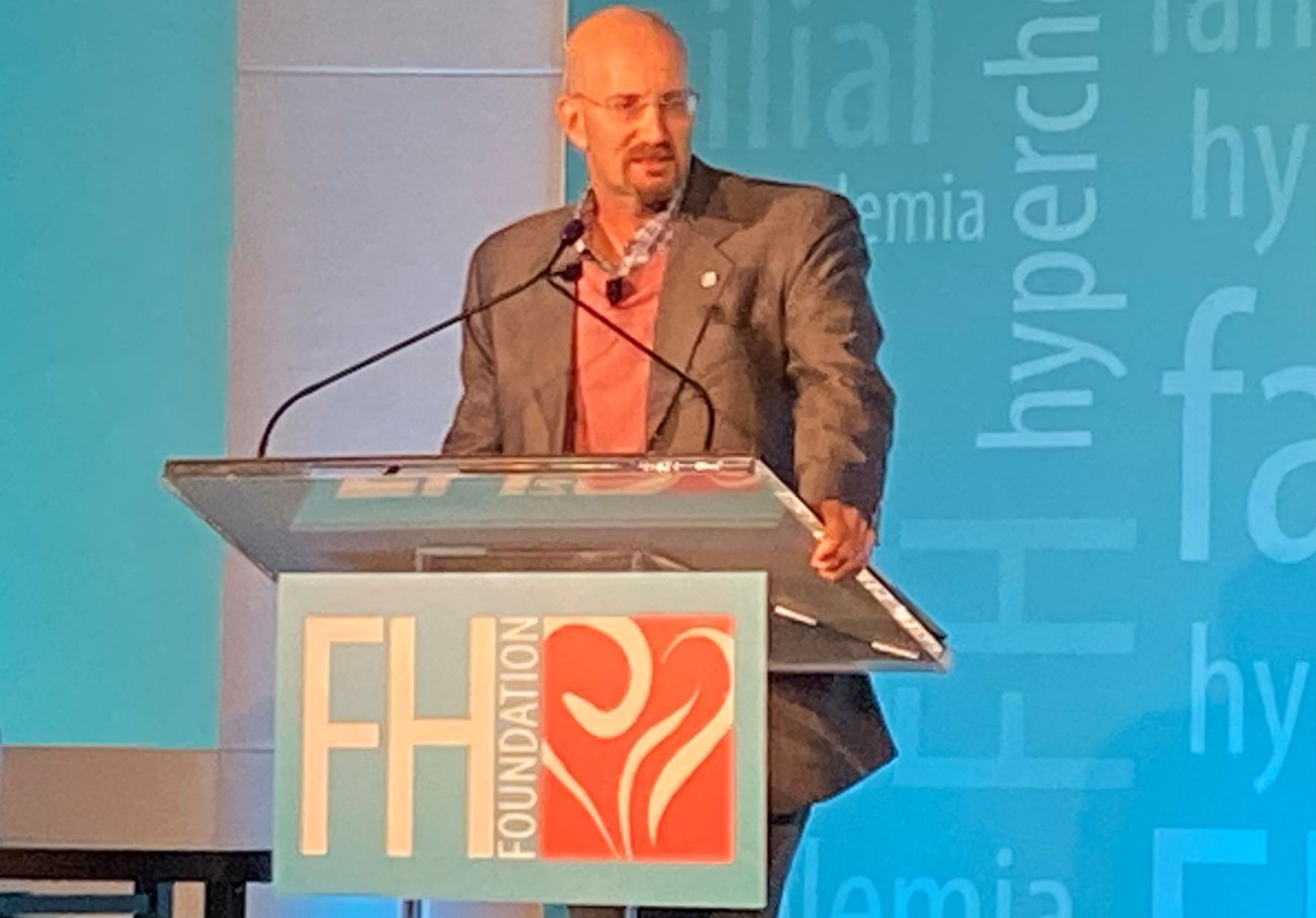 Although progress has been made in diagnosing and treating patients with familial hypercholesterolemia, more work is needed in these areas, according to a presentation at the FH Foundation’s FH Global Summit.
Source: Healio/Cardiology Today

An ICD code for FH was introduced in October 2016. Since then, diagnosis has improved 15% as of December 2018.

Although progress has been made, more work needs to be done, Knowles added. The diagnosis of FH is so low because the awareness among primary care providers is low. Awareness of the condition is 15% among general practitioners, whereas 61% of cardiologists and 45% of other specialists are aware, according to the presentation. Awareness of screening among pediatricians is also low.

The CASCADE FH registry network is a patient registry that includes approximately 6,000 patients, 4,000 of whom have available longitudinal follow-up data. This registry helped to determine that the diagnosis of FH often comes too late, with statin initiation starting around 44 years of age and an official FH diagnosis around 48 years of age, according to the presentation.

Genetic testing is not performed often, as shown in data from the CASCADE FH registry. Of the 4,176 patients in the registry, 10.7% underwent genetic testing, he said.

The CASCADE FH registry follows both adults and children. Of the 3,443 patients with heterozygous FH, 8% are children, and 10% of the population with homozygous FH are children. Longitudinal follow-up data was detailed in a recent paper published in Atherosclerosis, which showed that LDL levels in these patients have improved with guideline-recommended specialty care, although LDL goal attainment is suboptimal even in specialty care. In addition, patients with heterozygous FH had high rates of CV events despite being cared for at a specialty center.

FOCUS is another initiative led by the FH Foundation, which is assessing the optimal care of FH in the U.S. Patients who were treated for FH at a leading lipid clinic in the CASCADE FH registry were more likely to be treated with PCSK9 inhibitors (30.5% vs. 0.8%), ezetimibe (46% vs. 6.4%), a high-intensity statin (44.3% vs. 22.8%) and any statin (81% vs. 63.6%) compared with those receiving real-world care. This also showed that proven therapies such as PCSK9 inhibitors and statins are underused in FH and in atherosclerotic CVD, according to Knowles.

“The real world needs to catch up with leading lipid clinics,” Knowles said.

From the FH Foundation national database, of the 197,479 patients who have been diagnosed with FH, 3.3% were prescribed a PCSK9 inhibitor and 0.5% received the medication for at least 1 year. Several implications of not receiving a PCSK9 inhibitor include an increased CV event rate, deeming this population very high risk, according to the presentation.

The future is bright with regards to treatments in the pipeline for patients with FH such as bempedoic acid (Esperion Therapeutics) alone or with ezetimibe and inclisiran (The Medicines Company), according to Knowles.

“The world needs to adapt to the new therapies that are going to be coming on board, and we need to empower patients to have access to what they need,” Knowles said. – by Darlene Dobkowski

Knowles JW. State of FH Care in the U.S. and Why This Matters for Public Health. Presented at: The FH Foundation’s FH Global Summit; Oct. 20-21, 2019; Atlanta.

Disclosure: Knowles is a volunteer chief medical advisor for the FH Foundation.