DAPA-HF: Dapagliflozin offers new approach to treatment of HFrEF, even without diabetes

PARIS — In patients with HF, with and without diabetes, treatment with the SGLT2 inhibitor dapagliflozin reduced risk for worsening HF and CV death when added to standard therapy, according to anticipated results of the DAPA-HF trial.

Data presented today at the European Society of Cardiology Congress suggest that the benefits of dapagliflozin (Farxiga, AstraZeneca) extend beyond its effects as a diabetes drug.

“The most important finding of all is the benefit in patients without diabetes. This is truly a treatment for heart failure, and not just a drug for diabetes,” John J.V. McMurray, MD, professor of cardiology at the Institute of Cardiovascular and Medical Sciences at University of Glasgow in Scotland, said.

DAPA-HF enrolled 4,744 adults in 20 countries who had HFrEF (left ventricular EF 40%). At baseline, 45% had type 2 diabetes and 55% did not. Those enrolled also had moderately elevated N-terminal pro-B-type natriuretic peptide and an estimated glomerular filtration rate of 30 mL/min/1.732 or higher. All patients underwent random assignment to receive once-daily dapagliflozin 10 mg or matching placebo, in addition to standard care. Dapagliflozin is currently approved by the FDA to treat patients with type 2 diabetes. 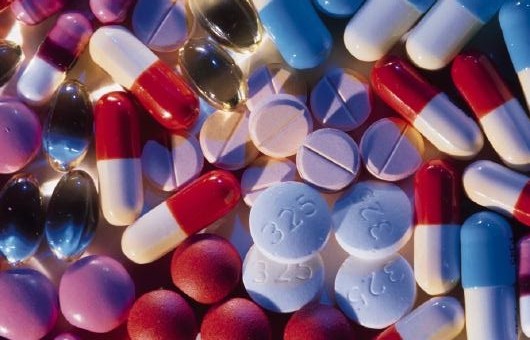 Treatment with the SGLT2 inhibitor dapagliflozin reduced risk for worsening HF and CV death when added to standard therapy in patients with HF with reduced ejection fraction, regardless of diabetes status, according to results of the DAPA-HF trial.
Source: Adobe Stock

McMurray said the goal was to enroll a typical HFrEF population.

“We thought of dapagliflozin as a HF drug, not a diabetes drug, and we wanted to test it in an all-comers population,” he said during a press conference.

Improvement with, without diabetes

During a median follow-up of 18.2 months, the primary outcome of CV death or worsening HF was reduced by 26% in the group assigned dapagliflozin compared with those assigned placebo (16.3% vs. 21.2%; HR = 0.74; 95% CI, 0.65-0.85; number needed to treat = 21). Worsening HF was defined as unplanned HF hospitalization or an urgent HF visit requiring IV therapy.

The researchers found a consistent benefit across 14 prespecified subgroups. The “critically important” subgroup, McMurray said, was comparison based on the presence or absence of diabetes. The primary composite outcome was reduced by 25% with dapagliflozin in the patients with diabetes at baseline (HR = 0.75; 95% CI, 0.63-0.9) and by 27% in those without diabetes (HR = 0.73; 95% CI, 0.6-0.88).

“We saw an identical treatment effect in patients without diabetes, compared to those with diabetes,” McMurray said at the press conference.

The safety profile of dapagliflozin was consistent with previous trials of the drug. Adverse events including volume depletion, major hypoglycemia, lower limb amputation, fracture and/or renal dysfunction were low overall and not significantly different between the two groups. The rate of serious adverse events, including death, was lower in the dapagliflozin group (38 vs. 42 events; P < .01). Moreover, adverse events leading to discontinuation were similar in both groups (4.7% with dapagliflozin vs. 4.9% with placebo; P = .79).

In other results, patient symptoms were significantly improved with dapagliflozin treatment. From baseline to 8 months, more patients assigned dapagliflozin reported a clinically significant improvement in symptoms of HF based on the Kansas City Cardiomyopathy Questionnaire, compared with those assigned placebo (58% vs. 51%; OR = 1.15; 95% CI, 1.03-1.23).

“Overall, we found that dapagliflozin does what we would like any HF treatment to do: in other words, reduce worsening HF events, particularly hospital admissions; to reduce CV death; and to improve symptoms,” McMurray said here. “The absolute risk reduction [with dapagliflozin] is quite substantial and was consistent across subgroups.”

‘A new era in HF treatment’

DAPA-HF was a parallel-group, randomized, double-blind study performed in a broad spectrum of patients with HF. McMurray said it is important to note that the randomized therapies were administered in addition to standard care, including high use of ACE inhibitors, angiotensin receptor blockers, sacubitril/valsartan, beta-blockers and mineralocorticoid receptor antagonists.

“This is an important breakthrough for patients with a terrible disease. We think these [findings] show a completely new therapeutic approach to the management of patients with HF,” McMurray said. “This is the first beneficial heart failure treatment in 10 years not acting through neurohumoral mechanisms. [It was] beneficial when added to excellent existing therapy, including sacubitril/valsartan.”

Marco Metra, MD, FESC, FHFA, professor of cardiology at the University of Brescia, Italy, put the DAPA-HF findings into context during a discussion of the results at ESC Congress.

“If we compare the results on the primary and secondary outcomes in DAPA-HF with the results of successful trials of the last decade, we can see that all the hazard ratios are comparable, if not larger, than those in the major clinical trials in HF,” Metra said.

Questions remain regarding the mechanisms of action of dapagliflozin and also whether the effects can be translated to different HF phenotypes, such as HF with preserved EF, Metra said. However, these answers will come, as there are almost 20 ongoing trials underway with the SGLT2 inhibitors, including dapagliflozin and also empagliflozin (Jardiance, Boehringer Ingelheim), ertugliflozin (Steglatro, Merck) and sotagliflozin (Zynquista, Sanofi and Lexicon), he said.

“We are facing a new era in heart failure treatment,” Metra said.

Since dapagliflozin was first approved by the FDA in 2014 for the treatment of type 2 diabetes in adults, several studies have demonstrated the potential for SGLT2 inhibitors as a class in the prevention and treatment of HF. As previously reported, overall findings from the DECLARE-TIMI 58 CV outcome trial showed that dapagliflozin 10 mg reduced the composite endpoint of CV death and HF hospitalization over 4 years, mainly driven by a reduction in HF hospitalization, in a broad population of patients with type 2 diabetes. In a prespecified subanalysis presented in March at the American College of Cardiology Scientific Session, researchers reported that treatment with dapagliflozin reduced HF hospitalization in a broad range of LVEF and may provide even greater benefit with lower CV death and mortality in patients with HFrEF.

Dapagliflozin does not currently have an FDA indication to reduce the risk for HF or CV death. – by Katie Kalvaitis

Disclosures: The DAPA-HF trial was funded by AstraZeneca. McMurray reports his institution was paid by AstraZeneca for his role as principal investigator in the DAPA-HF trial. Metra reports he receives honoraria from Amgen, Bayer, Fresenius, LivaNova, Novartis, Service and Vifor and he is a member of the executive committee for SOLOIST-HF.

I found these results to be very interesting because the study included patients who were diabetic and non-diabetic, I haven’t seen a final analysis of the diabetic vs. the non-diabetic patients, but there didn’t seem to be a difference. There was definitely a reduction in hospitalization. There was a modest reduction in death. When you reach the primary endpoint and the primary endpoint was positive with a low P value, then you can look at the individual components, which is different than in PARAGON-HF where the primary endpoints were not reached. Everything else becomes exploratory. Here, they could easily say, “Yes, we reduced CV hospitalizations and death, even though the P value for death was around .02. The biggest interest is there were diabetics and non-diabetics. This is the first time that we’re looking at a drug that initially has been marketed for diabetics and now becomes a HF treatment. The reduction of hospitalizations.

For clinical practice, I’m wondering if the guidelines are going to pick this up and put something in it that, that’s a drug that should be considered. The background medical therapy wasn’t terrible. Maybe I could do better with the background medical therapy, but it wasn’t terrible. The patients overall didn’t look that sick. The NT pro-BNP was about 1,400 pg/mL, and it was the same for the diabetics than the non-diabetics. The NT pro-BNP of 1,400 pg/mL isn’t that high. My patients come out of the hospital with 6,000 pg/mL or 8,000 pg/mL. Outcomes could be different if the NT pro-BNP was higher in this study. Maybe the mortality would be stronger.

What we need to do now is we need to take a population of all non-diabetics and now test the question because you wonder if the diabetics are puling the data. The other trials have not shown mortality.

This study was well done, the paper was well written and this could theoretically change guidelines, maybe not on a level 1A, maybe a level 2 with one trial, but it was a large trial and it’s a drug with a side effect profile that’s very good. There were few infections like there usually are in all of the ‘gliflozins.’ It’s not that different.

DAPA-HF was big because we’re talking about the intersection of two really important diseases: HFpEF and diabetes. You’re going to be looking at it with this whole new class of drugs that had been initially studied in a way that was to understand their cardiac risks. Lo and behold, it turns out that they well may have cardiac benefit. The trial was very positive. Because the drug is already on the market, that’s something that could change practice overnight because the drug is available, doctors are familiar with prescribing it, patients will have probably heard about it. That’s a big deal, when you can get a practice-changing result potentially almost immediately.

I think this is a real game-changer. First, in the patients with diabetes and HFrEF, this study confirms what we saw in previous subgroup analyses of other trials. For example, there were signals of this in DECLARE-TIMI 58. What is really paradigm-shifting is that there appears to be a significant benefit in the nondiabetic patients with HFrEF too. That really moves the field forward. If you think about it, 10 years ago, it would have been an outlandish concept to say we were going to do a trial in nondiabetics with a diabetes drug. Most people would have said it wouldn't work, it's unsafe or it's crazy. But, in fact, now we see with this particular class of drugs, or perhaps specifically dapagliflozin, a significant reduction in HF outcomes. This should also be validated with other drugs in the SGLT2 class in patients with diabetes. I think this study shows an amazing finding that changes the way we are going to think about HF and diabetes drugs. The SGLT2 inhibitors look to be a really good class of drugs; it seems like every week there is a new publication coming out showing that these drugs are doing something new we didn't know about, and that's good. I anticipate this will continue. Based on what we saw from DAPA-HF in patients with diabetes, I'd likely be comfortable generalizing this to the SGLT2 class. In the nondiabetic patients, I likely would stick with dapagliflozin until the other SGLT2 inhibitors prove themselves.