Among patients with thromboembolic disease treated with warfarin, increased consumption of foods containing vitamin K may improve anticoagulant stability, according to findings presented at the American Society for Nutrition Annual Nutrition Science Meeting.

According to the study background, guidelines call for patients on warfarin to keep vitamin K consumption consistent, which often leads to limiting vitamin K intake.

Guylaine Ferland, PhD, and colleagues investigated whether increased dietary vitamin K intake by 150 µg or more per day improved anticoagulation stability of warfarin-treated patients with a history of INR instability.

“All warfarin-treated patients would benefit from increasing their daily vitamin K intake,” Ferland, a professor of nutrition at the University of Montreal and a scientist at the Montreal Heart Institute Research Centre, said in a press release. “That said, given the direct interaction between dietary vitamin K and the action of the drug, it is important that (higher) daily vitamin K intakes be as consistent as possible.”

Main inclusion criteria included anticoagulation for more than 6 months with a target INR range of 2 to 3 or 2.5 to 3.5 and a time in therapeutic range (TTR) 60%  or less in the previous 6 months, Ferland and colleagues wrote in an abstract. 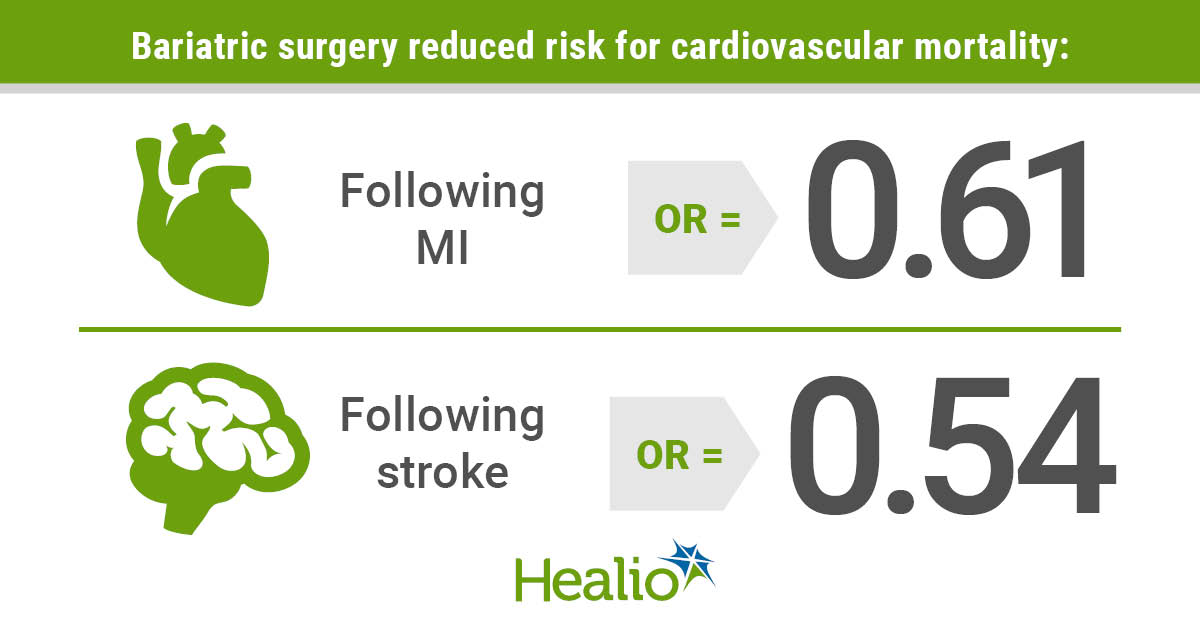 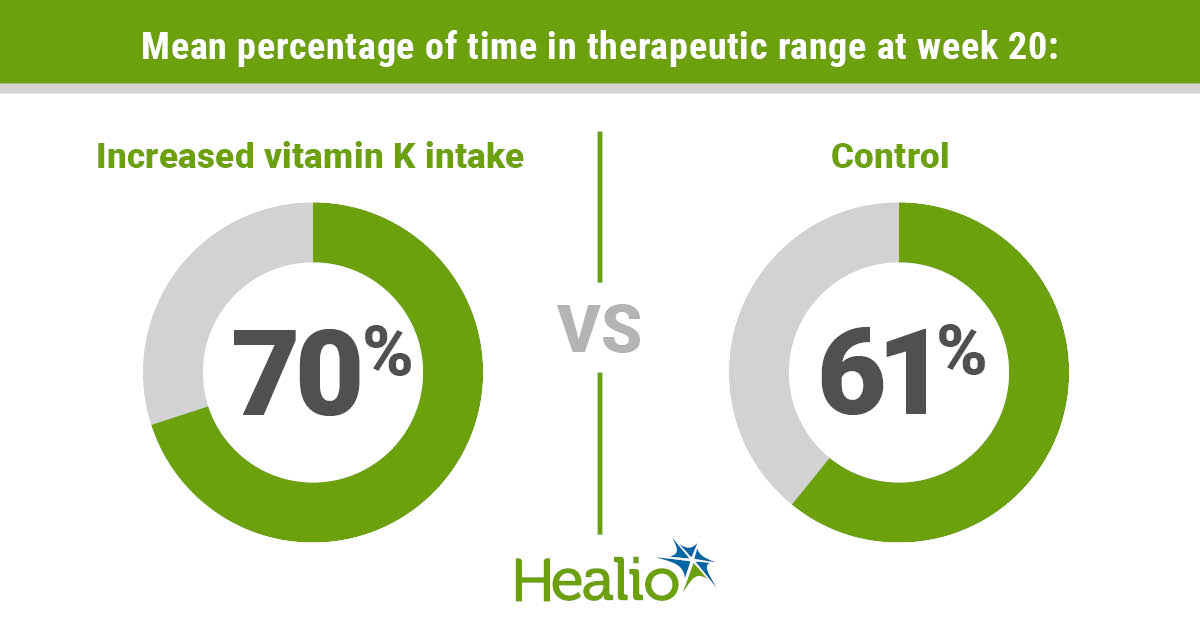 The primary outcome was anticoagulation stability, defined as TTR greater than or equal to 70% throughout weeks 4 through 24, the researchers wrote.

The mean percentage of TTR during the 20-week period was 70% for the vitamin K group compared with 61% in the control group, the researchers wrote.

According to the researchers, increasing dietary vitamin K intake led to a rise in the number of patients with TTR percentage greater than 70% or greater during the assessment period. There was a higher percentage of patients in the vitamin K group who met criteria compared with the control group (52% vs. 22%; P = .033).

“Our hope is that health care professionals will stop advising warfarin-treated patients to avoid green vegetables,” Ferland said in the release.

Disclosures: The study was funded by the Canadian Institutes of Health Research. Ferland reports no relevant financial disclosures.

Editor’s Note: This article was modified on June 12, 2019 to reflect updates to the data.