Components of Mediterranean diet can be individualized for goal attainment

MIAMI — The benefits of a Mediterranean diet have been shown in numerous studies, but more work must be done for patients to adopt it, according to a presentation at the National Lipid Association Scientific sessions.

“Any eating pattern that we choose to start with should be individualized based on patient preferences, specific dyslipidemia and cultural considerations with nutrition counseling by a registered dietitian and follow-up for long-term adherence,” Mary N. Felando, MS, RDN, FNLA, consulting registered dietitian and nutritionist for a private practice in Seal Beach, California, said during the presentation. “It’s an easy sell: The Mediterranean diet ... has been No. 1 in U.S. News & World Report and also [is] the easiest to follow, because the best eating style for anyone is something that you can live with for a lifetime and also enjoy.”

Research on the benefits of a Mediterranean-style diet go back to the Seven Countries Study that was directed by Ancel Keys, MD, according to the presentation. It started in 1958 with the former Yugoslavia and then grew to include the Netherlands, United States, Finland, Greece, Japan and Italy. For nearly 3 decades, there was strong evidence that linked dietary intake to CVD and serum cholesterol. In addition, there were lower rates of CVD in participants who had a low saturated fat intake.

“It put the Mediterranean diet on the map,” Felando said during the presentation.

In another study published in JAMA Network Open in 2018, researchers found that there was 28% RR of CVD associated with a Mediterranean diet and was mostly explained by reductions in inflammation, glucose metabolism, insulin resistance and BMI.

The Mediterranean diet is one of three dietary patterns that have been recommended by the American Heart Association, the NLA and the Dietary Guidelines for Americans for triglyceride reduction in patients with levels less than 500 mg/dL, according to the presentation. 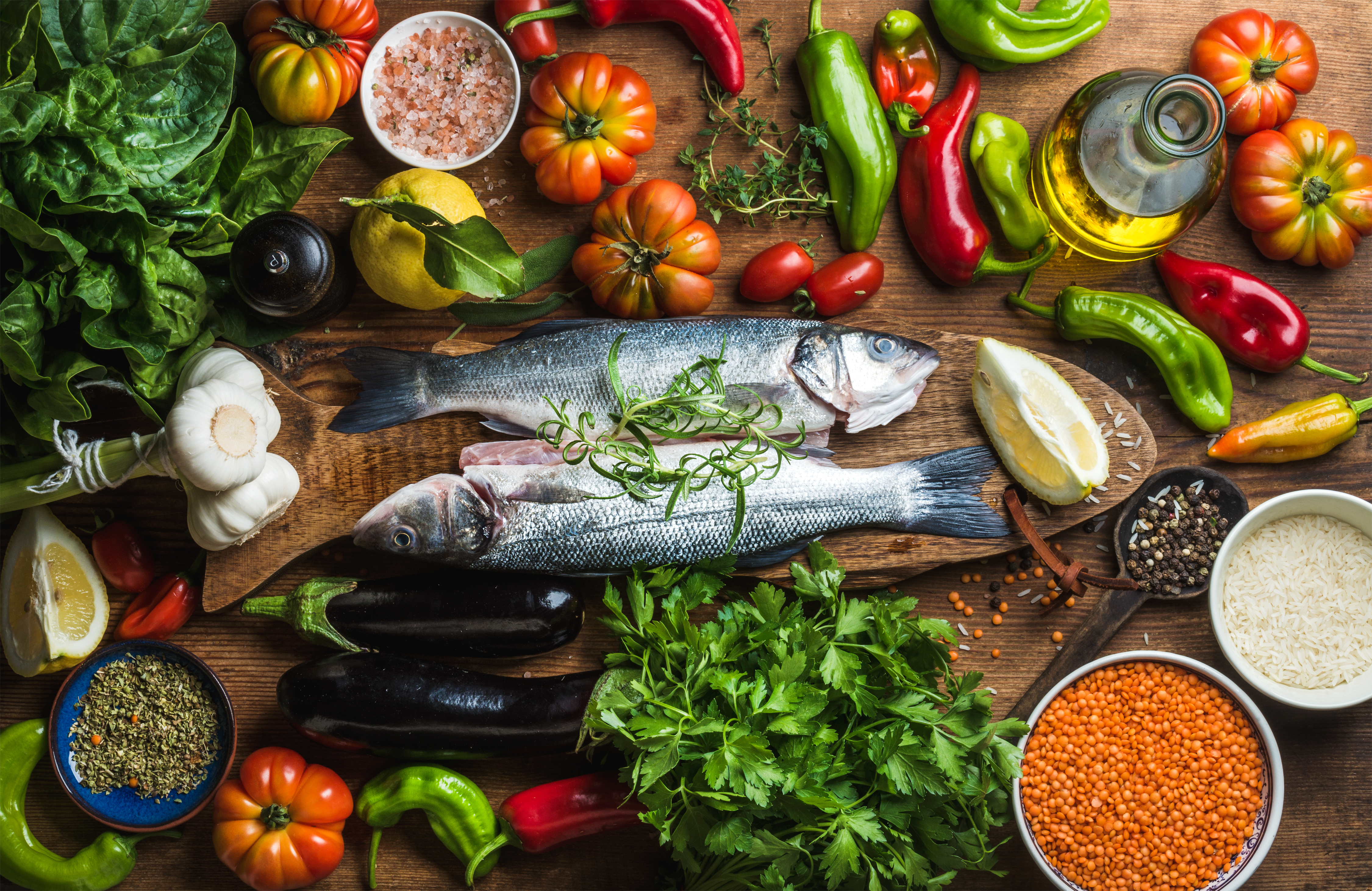 The benefits of a Mediterranean diet have been shown in numerous studies, but more work must be done for patients to adopt it, according to a presentation at the National Lipid Association Scientific sessions.
Source: Adobe Stock

Beyond the diet itself, the Mediterranean lifestyle also emphases regular physical activity and conviviality, or the act of eating together, according to the presentation.

“It’s thought that Americans spend about 11 minutes per meal, and in France, they spend 140 minutes eating and drinking in a day,” Felando said during the presentation. “There are differences about sitting down with people and sharing over food.”

Other major differences of the Mediterranean diet compared with other diets include factors such as seasonality of foods, weekly consumption of red or processed meats and smaller portion sizes based on frugality, according to the presentation.

Vegetable consumption can be increased by filling half a plate with a variety of vegetables rather than just one, larger portions, hiding pureed vegetables in foods, counseling programs and monetary incentives.

“When they provided 30% of the cost of the vegetable and the insured person paid 70%, they found it did increase vegetable intake by half a portion per day,” Felando said during the presentation. “The health outcome over 5 years was so cost-effective compared with the cost of having to provide that 30% that it was even better than statins and blood pressure medicine.”

Fiber-rich whole grains is another component of the Mediterranean-style eating pattern. Even switching from whole white wheat bread may be beneficial as it contains the same amount of fiber but with a milder taste, according to the presentation.

Patients can also eat fruit for dessert, but should also try to reduce their intake of added sugar and dairy products.

“They do use dairy in Mediterranean countries, but not as much,” Felando said during the presentation. “They don’t really drink milk. It’s provided mostly as yogurt and cheese. Their favorite cheese do come from sheep and from goats. They’re strong, flavorful cheeses, so you don’t have to use as much.”

Healthy fats are important in the Mediterranean diet, according to the presentation.

“The best thing to happen in 2018 was that we said ‘goodbye’ in the United States to trans fat,” Felando said.

Olive oil, especially extra-virgin olive oil is beneficial for this diet due to polyphenols, according to the presentation. Intake of this oil may be limited because it has 14% saturated fat.

“The challenge for us is to figure out how we can eat olive oil instead of margarine and butter in our house,” Felando said. “Just take it out one day, put the olive oil bottle in there and see what other forms of monosaturated fat you might be able to put on bread.”

Other important components of this diet include nut intake, bean intake, seafood consumption and meatless meals at least one night per week.

“In the Mediterranean countries, they don’t have meat with every meal and do use it when they have it as a side dish,” Felando said.

The Mediterranean diet can be adapted to attain different goals by adjusting certain components such as saturated fat and sugar, according to the presentation.

“It’s nice to be able to offer patients a choice,” Felando said. “Nobody likes to be told what to do, so if they choose Mediterranean eating, beyond delicious, it can be adapted to lower LDL and triglycerides.” – by Darlene Dobkowski

Disclosure: Felando reports she is a paid consultant for Akcea Therapeutics.