Exercise should be emphasized in patients with dyslipidemia

MIAMI — Given all of the recent guidelines on physical activity and CVD prevention, health care providers should focus on recommending exercise for patients with dyslipidemia to decrease their LDL, according to a presentation at the National Lipid Association Scientific Sessions.

As Cardiology Today previously reported, HHS released the second edition of the Physical Activity Guidelines for Americans at the American Heart Association Scientific Sessions in 2018 and provided new recommendations for children and adolescents aged 3 years through 17 years. The new prevention guideline from the American College of Cardiology and the AHA, which was presented at the 2019 ACC Scientific Session, emphasized team-based care and shared decision-making and recommends against use of aspirin for primary prevention in most adults.

The emphasis on lifestyle as a foundation to treat CVD in patients with dyslipidemia goes back to the 2013 AHA/ACC Guideline on Lifestyle Management to Reduce Cardiovascular Risk, Beth A. Taylor, PhD, associate professor of kinesiology at University of Connecticut and director of exercise physiology research in cardiology at Hartford Hospital in Connecticut, said during the presentation. This guideline advised adults to engage in aerobic physical activity to reduce LDL and non-HDL three to four times per week at an average of 40 minutes per session.

“What’s interesting about these guidelines is that they emphasize aerobic physical activity,” Taylor said. “Why? The authors provided evidence statements to support that aerobic physical activity reduces LDL by 3 mg/dL to 6 mg/dL, but doesn’t affect HDL. That’s counterintuitive to most of us who talk about exercise and blood lipids where we tend to think a major effect of exercise is on HDL.” 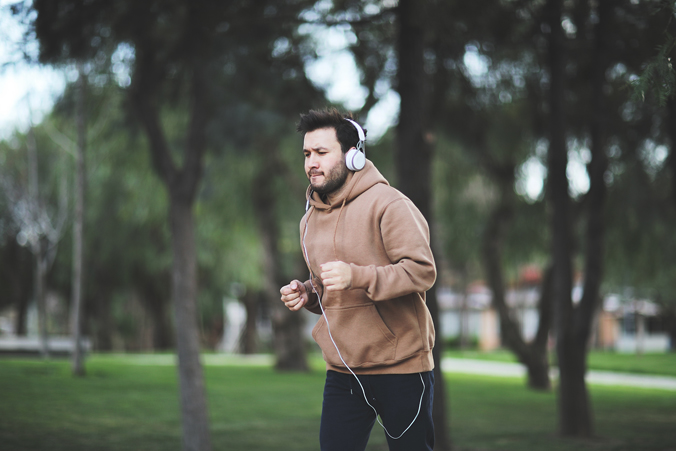 Given all of the recent guidelines on physical activity and CVD prevention, health care providers should focus on recommending exercise for patients with dyslipidemia to decrease their LDL, according to a presentation at the National Lipid Association Scientific Sessions.
Source: Adobe Stock

The 2013 guideline also emphasized resistance training, which can reduce LDL, triglycerides and non-HDL by an average of 6 mg/dL and 9 mg/dL with no effect on HDL, according to the presentation. This reduction was observed in physical activity programs conducted for at least 24 weeks with resistance exercise performed on average 3 days per week.

HDL is often left out of guidelines because it is a “nuanced lipoprotein when it comes to exercise,” Taylor said. A meta-analysis published in JAMA in 2007 found that the net effect of exercise on HDL was to increase it by 2.5 mg/dL, which can reduce CVD risk by 5% to 7%. Moreover, the greater the duration of exercise conducted on a daily basis, the greater the observed increase in HDL. Exercise was found to be less effective in patients with obesity and high total cholesterol.

In another meta-analysis published in the Journal of the American Heart Association in 2015, researchers found approximately the same overall change in HDL as in the previous meta-analysis. Rather than duration, researchers saw that the intensity of exercise predicted the change in HDL — vigorous exercise was associated with a greater increase in HDL than moderate intensity exercise. Exercise was more effective in increasing HDL in patients with obesity, according to this meta-analysis.

Aerobic exercise appears effective in increasing HDL if certain thresholds in caloric expenditure, time exercised or distance run are exceeded. These thresholds are not easily reflected within clinical guidelines, according to the presentation.

“The clinical guidelines can’t reflect all of these nuances, and this is why HDL, surprisingly in our dyslipidemia guidelines, oftentimes gets understated in terms of what exercise can do,” Taylor said.

Increases in HDL through exercise were mentioned in the NLA guideline from 2015, which stated that a more substantial dose of exercise is required to improve HDL.

The 2018 Physical Activity Guidelines was one of the first guidelines to discuss a single bout effect with exercise and reductions in BP and anxiety symptoms, and improvements in sleep, insulin sensitivity and cognition.

“That is, every daily bout has an acute effect,” Taylor said during the presentation. “You need to do exercise every day if you want to reduce blood pressure and you want to control metabolic flux. That is an important message of the daily bout effect.”

“That has a big effect, and the message here is that surprisingly small gains are required to impact cardiovascular disease,” Taylor said.

The 2019 ACC/AHA Guideline on the Primary Prevention of CVD emphasized that the most important way to prevent CVD is to promote healthy lifestyles throughout a patient’s lifetime. In addition, the guideline recommended that adults should exercise at least 150 minutes per week at moderate intensity or 75 minutes per week of vigorous intensity physical activity. Both of these recommendations were Class I.

The 2019 guideline helped the field advance by providing recommendations for patients who cannot achieve the weekly exercise goals, Taylor said.

“Rather than giving up and saying all is lost, there is still a benefit,” Taylor said. “Small amounts, even if they’re not 150 minutes per week, still have a tremendously large impact on cardiovascular disease reduction and dyslipidemia.”

Health care providers can prescribe exercise for patients with dyslipidemia by keeping in mind the importance of frequency, intensity, time, type, total volume and progression of physical activity, according to the presentation. The American College of Sports Medicine previously published guidelines with included recommendations for patients with dyslipidemia, which suggested 30 minutes to 60 minutes per day at least 5 days per week of moderate-intensity exercise.

“When we say 5 days per week to maximize calorie expenditure, that is pivotal for the treatment of LDL cholesterol because we know that weight loss and body fat are closely tied to reductions in LDL,” Taylor said.

The caveat to all of these recommendations is that exercise does not always have the expected impact in all patients, according to the presentation. According to the HERITAGE study, some patients had increases in BP while others had decreases as a result of physical activity. These effects were also seen for plasma HDL and triglycerides.

Taylor presented some calculations she did based on 2018 AHA Health and Stroke Statistics. If there are 28.5 million adults with dyslipidemia with an estimated direct/indirect cost of $99.8 billion, or $3,501 per person, and even if there are 11.9% adverse or non-responders to exercise, that would equate to 88.1% of patients who could be helped by exercise with a predicted medical cost reduction of 25%. This would lead to savings of $21.9 billion per year.

“Off-the-cuff calculations are just a way to consider why exercise counseling and getting those minimum doses of exercise is so critically important,” Taylor said. – by Darlene Dobkowski

Taylor BA. Session I: So Many Guidelines – What’s a Lipidologist to Do? Presented at: National Lipid Association Scientific Sessions; May 16-19, 2019; Miami.

Disclosure: Taylor reports she served on the pharmacovigilance monitoring board for Amgen and received grant support from Regeneron Pharmaceuticals.