CABANA analysis: Age a factor in mortality after AF ablation

SAN FRANCISCO — Catheter ablation lowered recurrence of atrial fibrillation across a range of age groups compared with drug therapy, and reduced mortality rates in patients younger than 65 years, according to findings presented at the Heart Rhythm Society Annual Scientific Sessions.

Tristram D. Bahnson, MD, FHRS, and colleagues assessed the effect of age on clinical outcomes of ablation effectiveness compared with drug therapy in patients with AF enrolled in the CABANA trial.

“Whenever one does large studies, one can get additional useful information by also looking at patient subgroups to try and understand whether their particular subgroups can be identified and based either on their demographic characteristics or comorbidities that demonstrate a different or unique response to the therapy being looked at,” Bahnson, an electrophysiologist at the Duke Center for Atrial Fibrillation and the Duke Clinical Research Institute, told Cardiology Today. “The initial CABANA study results included a cursory subgroup analysis and within that initial analysis it became clear that age seemed to predict the response to ablation.”

The researchers analyzed data from the CABANA trial consisting of 2,204 patients with AF with one or more risk factor for stroke. The primary endpoint was a composite of death, disabling stroke, severe bleeding or cardiac arrest.

Patients were stratified into three age groups: younger than 65 years, 65 to 74 years and at least 75 years.

Older patients were more likely to be women and had significantly higher CHA2DS2-VASc scores, the researchers wrote in an abstract.

Recurrent AF was significantly reduced by ablation across all age groups, the researchers wrote. 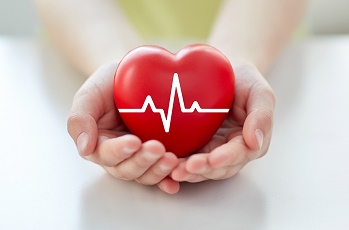 “If one is considering whether to offer primary catherization ablation as the therapy of choice for symptomatic AF, regardless of the type of AF, it is useful to understand in the CABANA data at least with regard to the subgroup analyses that young patients demonstrate a marked benefit of catheter ablation with regard to mortality endpoints that other age groups did not demonstrate,” Bahnson told Cardiology Today. – by Earl Holland Jr.