Findings from this study were also published in the Journal of the American College of Cardiology.

“Pulsed field ablation is something that’s a new energy modality that’s had a lot of interest in the electrophysiology field,” Vivek Y. Reddy, MD, director of cardiac arrhythmia services for The Mount Sinai Hospital and the Mount Sinai Health System and the Leona M. and Harry B. Helmsley Charitable Trust Professor of Medicine in Cardiac Electrophysiology at Icahn School of Medicine at Mount Sinai, said during the press conference. “I say it’s new, but it’s actually not new in a sense that it was the very first type of ablation.”

Researchers analyzed data from 81 patients (mean age, 58 years; 74% men) with symptomatic paroxysmal AF who were resistant to class I to class IV antiarrhythmic medications. Patients were originally enrolled in two separate studies — IMPULSE and PEFCAT — that were then combined because of almost identical patient populations with very similar endpoints and follow-up. All patients underwent pulsed field ablation with monophasic (n = 15) or biphasic waveforms (n = 66).

“Pulsed field ablation involves the application of high-intensity pulses in very short duration,” Reddy said during the press conference. “It basically punches holes in membranes, and that causes dielectric breakdown of the cell membranes that destroys the tissues immediately.” 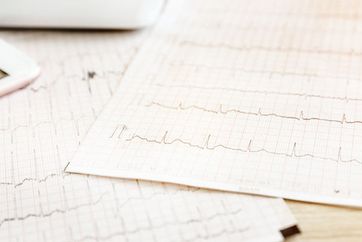 The primary safety endpoint was a composite of major safety events such as stroke, transient ischemic attack, cardiac tamponade, pulmonary vein stenosis, diaphragmatic paralysis, MI, heart block, atrioesophageal fistula and death. The primary feasibility endpoint was acute pulmonary vein isolation. Secondary feasibility and effectiveness endpoints included the proportion of patients free from AF and the proportion of those with all pulmonary veins isolated at remapping from 3 months to 1 year.

The mean fluoroscopy time during the procedure was 13.1 minutes with a mean total skin-to-skin procedure time of 92.2 minutes, which included a mean of 18.2 minutes for voltage mapping. No more than 3 minutes per patient was required to administer pulsed field ablation for complete pulmonary vein isolation.

The primary safety endpoint, specifically pericardial tamponade, was seen in 1.2% of patients throughout a 120-day period, which was not related to the procedure. The primary feasibility endpoint was met in 100% of patients.

The proportion patients with durable electrical isolation improved from 18% to 100% at 3 months.

“I do want to caution that the number of patients that were followed for longer periods of time was actually quite small,” Reddy said during the press conference.

Even with positive results, more research focused on this technology is needed.

“Although this is only a two-center study of a relatively modest number of patients, the major safety and efficacy issues relevant to pulsed field ablation have been addressed,” Reddy and colleagues wrote. “It would be appropriate to now commence a larger multicenter study of pulsed field ablation, preferably in comparison to standard thermal ablation.” – by Darlene Dobkowski

Disclosures: The trials were supported by Farapulse. Reddy reports he has stock in Farapulse and consults for Biosense Webster, Boston Scientific and Farapulse. Please see the study for all other authors’ relevant financial disclosures.

This technology is very promising for two reasons. No. 1 is the potential safety profile. The pulse technology has not been shown to injure any collateral structures near the heart. Specifically, there are no known injuries to the esophagus or the phrenic nerve, which are some of the main complications of AF ablation.

The next step is to conduct an Investigational Device Exemption study to be included in an application for FDA approval. It will be up to the FDA to decide whether that should be a single-arm study or a randomized study comparing pulsed field ablation to an established technology for pulmonary vein isolation.

More importantly, from a safety standpoint, it offers the promise of sparing collateral damage, whether it be, for example, to the esophagus, to the phrenic nerve like with the cryoablation.

If the data and what we learned from clinical studies hold to its promise, it could completely change the way we do ablations for not only AF, ventricular tachycardia and others. It could be the new paradigm shift.