Patients who were the least physically active had an increased risk for all-cause and CVD mortality, according to a study published in the Journal of the American College of Cardiology.

Those who reported moderate to vigorous physical activity based on current recommendations lessened or eliminated this association, according to the study.

Researchers analyzed data from 149,077 participants (59% younger than 60 years; 56% women) from the 45 and Up Study. Participants completed questionnaires to collect information on sitting, standing and sleeping variables, in addition to levels of physical activity.

Follow-up was conducted for a median of 8.9 years for all-cause mortality and 7.4 years for CVD mortality. During follow-up, there were 8,689 deaths, 1,644 of which were related to CVD.

The interaction between sitting and moderate to vigorous physical activity was statistically significant for all-cause mortality (P < .001), although this was not seen for CVD mortality (P = .478). The HR for all-cause mortality when comparing participants with the most sedentary time with those with the least sedentary time in the group who reported no moderate to vigorous physical activity was 1.52 (95% CI, 1.13-2.03).

There was weak or inconsistent evidence for the risk for all-cause and CVD mortality in participants with more sitting time and who reported either lower or upper limits of moderate to vigorous physical activity.

Participants who sat for more than 6 hours per day had a stronger association between replacing sitting with walking and moderate to vigorous physical activity. Each hour of sitting that was replaced with vigorous activity was associated with an HR of 0.36 (95% CI, 0.17-0.74). 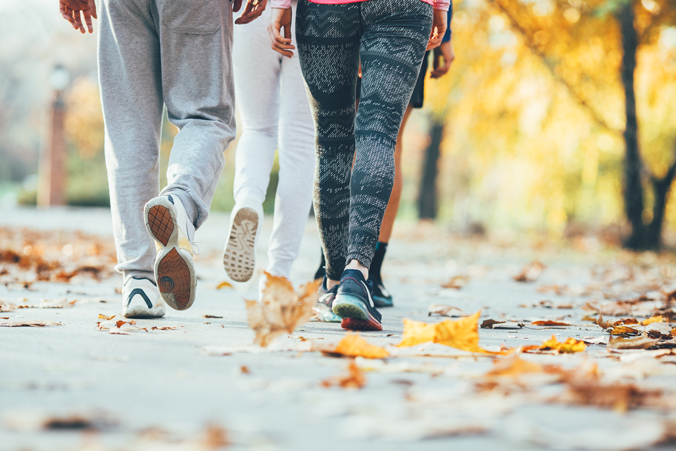 Patients who were the least physically active had an increased risk for all-cause and CVD mortality, according to a study published in the Journal of the American College of Cardiology.
Source: Adobe Stock

“Given that sedentary behaviors appear to be vastly outcompeting more healthy physical activity behaviors during our discretionary time, it is more important than ever to attend to our daily physical activity and sitting time and to try to optimize both behaviors for better health,” Charles E. Matthews, PhD, senior investigator in the metabolic epidemiology branch of the division of cancer epidemiology and genetics at the National Cancer Institute in Rockville, Maryland, wrote in a related editorial. “To this end, the report from Stamatakis [and colleagues] provides new and actionable insights for translating their findings to clinical and public health practice.” – by Darlene Dobkowski

This is an interesting study. First, one of the big takeaways is that it is complicated. It is a complicated study with a lot of statistical manipulation, which is partly evident when you look at the number of appendices that are available online. There are close to 20, and there are online figures as well. When you get that much complicated statistics in a study to try to prove your point, you have to take this study a little less at numerical face value and more directional. I would have a hard time using this study to specifically counsel a patient on, “If you do exactly this much exercise compared with exactly this much sitting.” Looking at the big picture of it, there is some suggestion from their data — and it is just a suggestion or observation because it is not a randomized controlled trial — that you can negate some of the sitting with exercise.

Another interesting point that I took from this is that they did not assume that there was an infinite number of hours in the day so that if you gave something up, you had to replace it with something else. It was an interesting premise and, again, is a reason why this was a statistically difficult study to perform.

Findings from this study reinforce what we have always said, which is get up and move. One clinical implication is that you cannot just stand up; you need to do more than just stand up. Standing is better than sitting, but to gain any significant benefit, you have to do more than just go from sitting to standing. You have to move. The researchers make that point toward the end in their conclusions, “Replacing sitting with walking and vigorous physical activity is associated with the most consistent risk reductions.” So is it sitting, per se, that we are looking at or is it the activity that replaced the sitting that is the positive benefit more so than just getting up? THat is what the researchers are starting to look at, but it is so hard to do in this kind of setting. That would be more than just replacing your sitting desk with a standing desk.

We need research specifically designed to answer this question, not research that has been pooled from a generic database to try to prove a point statistically. That is hard to do.

The other part that is hard is that this is all self-reported data, particularly on how many hours you slept, how many hours you stood, how many hours you sat and how many hours you did physical exercise. While there is an accepted correlation — they even pointed out that in the methods and exposure variables, “acceptable validity against accelerometry (coefficients ranging between 0.33 to 0.34),” While this may be "good," it is not great. Again, that just illustrates that you have to interpret the directionality more than the absolute numbers. We have to figure out better ways to get exercise data that are more accurate from people if we want to start getting into specific numbers.

What I get out of this is something I tell a lot of my patients, which is, “Off the couch.” I also add, “Off the carbs” because you cannot extricate nutrition from exercise, so "off the carbs and off the couch" gets you moving in the right direction.