There is evidence that water pipe tobacco or hookah smoking may present risk for CVD, but further research is needed to determine its long-term effects, according to a scientific statement issued by the American Heart Association.

According to Aruni Bhatnagar, PhD, FAHA, chair of the writing committee, and colleagues, the objective of the statement was to focus on the design and operation of the water pipes and their use patterns as well as to identify harmful ingredients in water pipe smoke and document CV risks in water pipe use. The researchers also sought to identify water pipe smoking cessation and health care treatment for water pipe tobacco smokers.

“Although the AHA has published policy statements on smokeless tobacco and e-cigarettes, to date, no AHA scientific statement has addressed the cardiovascular impact of water pipe tobacco smoking,” Bhatnagar, the professor of medicine and the director of the Diabetes and Obesity Center at the University of Louisville School of Medicine, and colleagues wrote in the statement.

The researchers wrote water pipe tobacco is associated with associated with less throat and upper respiratory tract irritation, which masks tobacco smoke harshness and makes it easier to start and continue smoking.

Bhatnagar and colleagues analyzed data from the 2016 National Youth Tobacco Survey (NYTS), the 2016 Monitoring the Future (MTF) survey and the Population Assessment of Health (PATH) study to determine water pipe use among youths.

In the NYTS study, nonlinear increases in past-30-day water pipe tobacco use among high school students (4.1% to 4.8%) were observed between 2011 and 2016, the researchers wrote. 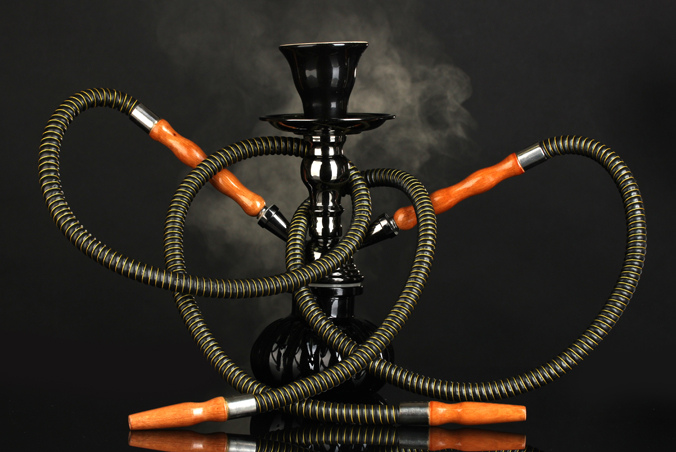 There is evidence that water pipe tobacco or hookah smoking may present risk for CVD, but further research is needed to determine its long-term effects, according to a scientific statement issued by the American Heart Association.
Source: Adobe Stock

In data from wave 1 of the PATH study, Bhatnagar and colleagues identified 89% of youth (aged 12 to 17 years) who used a water pipe reported their first use involved flavored tobacco.

Social media also had an influence on water-pipe smoking, the researchers wrote. In 2014, the more than 12,000 water pipe-related tweets were sent daily, mostly from users with high influence, with many of the tweets being pro water pipe, Bhatnagar and colleagues wrote.

There were also other visuals on social media, including on sites such as YouTube, Pinterest and Tumblr, many of them positively portraying water pipe smoking.

A dult s and other tobacco use

In data analyzed from the National Adult Tobacco Survey between 2013 and 2014, more than 10 million adults reported some use of water pipe tobacco, Bhatnagar and colleagues wrote.

Smokers in the age 18 to 24 group accounted for 55.8% of water pipe smokers in the United States, Bhatnagar and colleagues wrote.

In data analyzed from the PATH survey, the researchers found adult water-pipe smokers used multiple types of tobacco products, including cigarettes and e-cigarettes.

Bhatnagar and colleagues wrote that adults who used water pipe tobacco smoke cited social and cultural acceptability as well as the ease of accessibility through family, friends and places such as cafes and bars. Traditional and internet advertising was also cited as an influencing water pipe tobacco use.

According to some studies, users perceived that water-pipe smoking had positive psychological effects, including improved concentration and self-efficiency and reductions in stress, anger and depression.

In one study, 58.3% of water pipe smokers perceived it was less harmful than cigarette smoking, the researchers wrote.

“Although the cardiovascular health effects and the underlying mechanisms by the water pipe tobacco smoking increases CVD risk have not been studied to the same extent as those of cigarettes, they are likely similar," the researchers wrote.

Bhatnagar and colleagues wrote there are only limited data assessing the impact of water pipe use directly on the severity of CVD and mortality rates.

The researchers wrote the development of cessation intervention for water pipe tobacco use is in its infancy both behaviorally and pharmacologically.

Future studies on water-pipe use that focus on the long-term adverse health effects of intermittent water pipe tobacco use are needed to strengthen the evidence base and to inform the regulation of hookah products, according to the authors.

“Many young people mistakenly believe that smoking tobacco from a hookah is less harmful than cigarette smoking because the tobacco if filtered through water, but there is no scientific evidence that supports that claim,” Bhatnagar said in a press release. “However, there is evidence to suggest that hookah smoking is addictive and can lead to the use of other tobacco products such as cigarettes.” – by Earl Holland Jr.

Disclosures: Bhatnagar reports he received significant research grants from the NIH and FDA. Please see the study for all other authors’ relevant financial disclosures.