CHICAGO — Nearly half of patients who withdrew from pharmacological HF therapy and were considered as being recovered from dilated cardiomyopathy relapsed, according to data presented at the American Heart Association Scientific Sessions.

“Withdrawal of therapy should not usually be advised to our patients at least until we can predict who is going to relapse and who is not and we have a better understanding of therapies that may be able to be reduced and the importance of the different therapies,” Brian Halliday, MBChB, PhD, clinical lecturer in cardiology at Imperial College in London, said during a press conference.

Researchers analyzed data from 51 patients with a prior diagnosis of dilated cardiomyopathy and subsequent recovery and who were taking at least one medication. A screening visit was conducted prior to randomization for clinical assessment, symptom questionnaires, cardiac MRI, N-terminal pro-B-type natriuretic peptide measurement and cardiopulmonary exercise test. 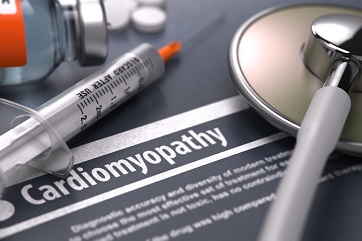 Nearly half of patients who withdrew from pharmacological HF therapy and were considered as being recovered from dilated cardiomyopathy relapsed, according to data presented at the American Heart Association Scientific Sessions.
Source: Adobe Stock

“Improvement in function represents remission rather than permanent recovery for many patients,” Halliday said during the press conference.

“This trial does not squelch the idea of myocardial recovery,” Jane E. Wilcox, MD, MSc, assistant professor of medicine (cardiology) at Northwestern University Feinberg School of Medicine, said during the discussant portion of the press conference. “In fact, I think this will invigorate the field to dig deeper and consider the genomics, proteomics and metabolomics of recovery. Assessment of the myocardial substrate is key, and the signals in cardiac mechanics as measured on cardiac MRI that suggest durability of recovery are real, but require rigorous standardization.”

This study was simultaneously published in The Lancet and included an editorial.

“Going forward, in response to a patient’s question: ‘Now that my heart failure has improved, am I able to stop my heart failure drugs?’, the answer should be, ‘No, not at this time,’” Wilcox and Clyde W. Yancy, MD, MSc, vice dean for diversity and inclusion, chief of cardiology in the department of medicine, Magerstadt Professor and professor of medicine and medical social sciences at Northwestern University Feinberg School of Medicine, and past president of the AHA, wrote in the related editorial. “In those patients fortunate enough to have an improvement in ventricular function and amelioration of the clinical syndrome of heart failure, we should continue effective treatments indefinitely.” – by Darlene Dobkowski

TRED-HF looked at a population of patients with dilated cardiomyopathy, wherein a robust improvement in their EF had occurred during medical therapy. We see this in clinical practice. Certain patients initiated and titrated on their guideline-directed therapies have a miraculous improvement in their LV function.

My patients ask me, “Well, doctor, do I have to take these medicines for my entire life?” The answer was found pretty definitively in the TRED-HF study, which was a small study in which patients with a previous miraculous improvement in EF had their medications downtitrated and/or removed. Forty percent of the patients studied had a downturn in their EF, indicating the fact that despite the improvement in their EF, the medications that fostered that reverse remodeling and improvement in their heart function were absolutely necessary in order to preserve their cardiac function and longevity. This is a very important study, providing much-needed information to clinicians and patients alike.

This is a difficult trial because all HF is not similar. Is it remission or recovery? Remission is a worthy endpoint; recovery is a more hoped-for but usually elusive endpoint.

When you look at the previous trials with peripartum cardiomyopathies, we know that starting at approximately 7 weeks after delivery of the baby, the hormonal milieu of the woman changes back to her baseline. You can argue that after 7 weeks, you could have a chance of recovery in peripartum cardiomyopathy, but the TRED-HF trial is not restricted to the peripartum group. It takes all comers with dilated cardiomyopathy. Remission is probably occurring because of therapy, so why would you want to take that therapy away? Forty percent of people had a worsening after their therapy was stopped. It must be noted that this study had a small enrollment.

My take-home point is not all HF is the same. HF is a final common pathway of multiple diseases. It is hard to imagine that one approach to multiple different diseases will have a unified answer.

This study should have an impact in the sense that people should be very cautious about withdrawing reverse remodeling therapy in the setting of a dilated cardiomyopathy. As a HF specialist, I would feel more comfortable in analyzing my peripartum cardiomyopathy patients for recovery and subsequent withdrawal of therapy, based on the IMAC trials of the past decade. It will not change my practice, but hopefully the message out there will be to be very cautious in withdrawing reverse remodeling therapy in the dilated cardiomyopathy patient.