CHICAGO — Patients with acute decompensated HF had greater reduction in N-terminal pro-B-type natriuretic peptide when assigned sacubitril/valsartan than treatment with enalapril, according to the results of the PIONEER-HF trial presented at the American Heart Association Scientific Sessions.

Sacubitril/valsartan (Entresto, Novartis) was also superior to enalapril for a secondary serious composite clinical endpoint of death, HF rehospitalization, left ventricular assist device implantation or transplant listing at 8 weeks. The two treatments did not differ in the safety endpoints of worsening renal function, hyperkalemia, symptomatic hypotension and angioedema, Eric J. Velazquez, MD, Robert W. Berliner Professor of Cardiology and chief of the section of cardiovascular medicine in the department of internal medicine at Yale University School of Medicine, chief of cardiovascular medicine at Yale New Haven Hospital and physician-in-chief of the Heart and Vascular Center for the Yale-New Haven Health System, said during a press conference.

The PARADIGM-HF trial, the pivotal study for sacubitril/valsartan, excluded patients with acute decompensated HF, so the effect of the drug on those patients was not confirmed and a trial in that population was needed, Velazquez told Cardiology Today.

“The outlook for patients in first 30 days following HF hospitalization is poor, with up to one in five readmitted during this vulnerable period and up to 10% likely to die,” he said. “We conducted PIONEER-HF to give the medical community greater insight into the safety of sacubitril/valsartan versus a standard HF medicine in this vulnerable time period. Additionally, we ensured that PIONEER-HF included populations typically underrepresented in HF studies.” 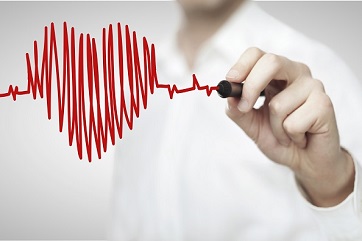 Patients with acute decompensated HF had greater reduction in N-terminal pro-B-type natriuretic peptide when assigned sacubitril/valsartan than treatment with enalapril, according to the results of the PIONEER-HF trial presented at the American Heart Association Scientific Sessions.
Source: Adobe Stock

Prior to PIONEER-HF, data were unavailable or limited for in-hospital initiation in certain populations, including stabilized patients hospitalized for acute decompensated HF, those with de novo HF, and those not already known to tolerate high doses of guideline-directed HF medications or not received conventional renin-angiotensin system inhibitors, he told Cardiology Today.

Moreover, 36% of patients in this study were black, which Velazquez noted is “a group for whom evidence for use of sacubitril/valsartan from prior clinical studies was also limited and underrepresentative of heart failure patients in the real world.”

An expanded composite clinical endpoint, defined as the serious composite endpoint plus unplanned IV diuretics, addition of HF medications and an increase in diuretic dose of more than 50%, was not significantly different between the groups (HR = 0.93; P = .369).

“The findings of PIONEER-HF build on the results from the landmark PARADIGM-HF trial,” Velazquez told Cardiology Today. “We believe that the PIONEER-HF data, together with the prior data from PARADIGM-HF, support the initiation of sacubitril/valsartan in hospital in acute decompensated heart failure and continued long-term, supporting its use as foundation therapy for heart failure with reduced ejection fraction (HFrEF). There is now consistent evidence in the in- and outpatient settings supporting the use of sacubitril/valsartan as a new foundation therapy for patients with HFrEF.”

During a discussion of the trial, Larry A. Allen, MD, MHS, medical director of advanced HF and professor of medicine at University of Colorado Anschutz Medical Campus, Aurora, said use of sacubitril/valsartan is low — less than 15% of patients in the CHAMP registry who are eligible for it are taking it — despite having a class I recommendation in the guidelines.

“Why is this the case? Perhaps people don’t trust a single trial,” Allen said during a press conference. “Switching from an ACE inhibitor to sacubitril/valsartan is complicated and requires a 36-hour delay. The background therapy is complicated. There are some concerns about cost. But I think a major issue is clinical inertia. So, PIONEER-HF comes in to this setting as a major success.”

While the primary endpoint was a surrogate, “the NT-pro BNP changes correlated impressively with secondary endpoints, and these findings are consistent with what we saw in the outpatient setting in PARADIGM-HF,” Allen said. “The post-PIONEER-HF world is exciting. This is a simpler algorithm for inpatient and post-inpatient management of patients with heart failure with reduced ejection fraction.”

The results were simultaneously published in The New England Journal of Medicine. – by Erik Swain

Disclosures: The study was funded by Novartis. Velazquez reports he received grants and personal fees from Amgen and Novartis, personal fees from Pfizer and grants from Philips. Please see the study for a list of the other authors’ relevant financial disclosures. Allen reports he consults or serves on an advisory board for Abbott, ACI Clinical, Boston Scientific and Janssen.

PIONEER-HF was necessary because we already had a good sense of the efficacy of the drug in chronic stable HF, however, a major gap existed with respect to administration of sacubitril/valsartan in patients with acute HF. The gap was so substantial that Clinical Practice Guidelines only suggest using sacubitril/valsartan in stable, ambulatory patients, in part because we simply did not know if starting it in more unstable patients undergoing IV diuretic therapy would be safe.

When a patient is hospitalized for HF, this is a sentinel moment for many reasons, not the least of which is that their risk for subsequent events is significantly higher. Also, following hospitalization, patients are much more willing to accept changes in their medical program, including aggressive titration of medication or addition of new therapies. Frankly, this is because it’s a scary experience, which makes one more receptive. In addition, adherence to treatment plans is much better when a patient receives therapies in the course of a hospitalization.

The takeaways of PIONEER-HF are that the primary endpoint of the trial showed a rapid reduction in NT pro-BNP, in patients assigned sacubitril/valsartan; this is an important outcome. In addition, we saw that initiation and titration of sacubitril/valsartan was safe and well-tolerated without an excess in hypotension, kidney complications and hyperkalemia; strikingly, only one patient had angioedema from the drug vs. six in the enalapril group, and one might have expected that to be the other way around, given that neprilysin inhibition is supposedly associated with higher risk for angioedema. Lastly, although the trial was not designed to show it, there was a reduction in CV events with sacubitril/valsartan. This links up the NT-pro BNP reduction with the reduced clinical events. Taken together, these findings indicate that we have filled the void with bridging from hospital to home with respect to data regarding sacubitril/valsartan.

I envision that this will lead to a change in current consensus documents, as well as to the guidelines the next time they are redrafted.

This trial is very worthy because it addresses both the knowledge gap and the practice gap in America. The knowledge gap is that angiotensin receptor-neprilysin inhibition therapy has been proven to be very beneficial for symptoms and survival in patient with HF. This was shown in the PARADIGM-HF trial, but that trial was in a relatively “stable” cohort group of outpatients. Intuitively, it should also work in the inpatient setting, but that must be verified because it is a sicker patient cohort and there is concern that they could have more problems with hypotension, hyperkalemia and worsening renal function than an outpatient cohort. This trial was well-designed to answer that question, and we learned that the sicker cohort responds as well as the outpatient cohort.

We learned from beta-blocker studies that if a patient was not put on the drug in the hospital, they had only a 20% chance of being put on the drug as an outpatient. So, to me, the greatest message from PIONEER-HF is to get the patient on the drug in the hospital so that there is a greater chance they will be treated properly and have the drug titrated appropriately as an outpatient. The trial answered the knowledge gap of whether a sicker patient could tolerate the drug and the practice gap where transition from inpatient to outpatient is poor.

This should impact clinical practice because doctors have been wary of starting neprilysin inhibition because of the potential for hypotension and hyperkalemia. Now that we know it is helpful in the inpatient setting, I think more clinicians will be likely to start it there and continue it in the outpatient setting. This is a great positive.

PIONEER-HF deserves to get a lot of buzz. I don’t like to use the term “blockbuster,” but this is a study that should have huge impact on the treatment of patients with HF. We now have additional data to show safety and efficacy of sacubitril/valsartan. We now have data on patients naive to therapy with ACE inhibitors or angiotensin receptor blockers. We now have more data on black and female patients. Many of the gaps we had with sacubitril/valsartan have been filled.

We know from Get With the Guidelines that the greatest opportunity we have to start therapy is when the patient is in the hospital. Now we have a validated platform to start this medication in the hospital and continue it onward in the chronic phase of the patient’s disease.

The challenge will be how quickly the rest of the health care system and insurers catch up with the new data so that we can rapidly deploy this medication without barriers to access.