BOSTON — In patients with atrial fibrillation, catheter ablation conferred better outcomes compared with drug therapy in on-treatment and per-protocol analyses, but not in an intention-to-treat analysis, according to the results of the CABANA trial.

The difference in analyses was attributed to nearly 30% of patients assigned to drug therapy eventually receiving ablation, and nearly 10% of patients assigned to ablation not undergoing the procedure, Douglas L. Packer, MD, professor of medicine and consultant in the division of heart rhythm services, department of cardiovascular medicine, Mayo Clinic, said during a presentation at the Heart Rhythm Society Annual Scientific Sessions.

“You can’t benefit from a therapy if you don’t get the therapy,” Packer said at a press conference. 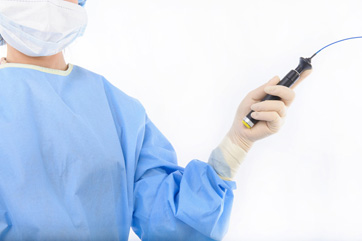 In the on-treatment analysis, the primary endpoint, all-cause mortality and death or CV hospitalization favored the ablation group. It was likewise in the per-protocol analysis, and the treatment effect of catheter ablation for the primary outcome was even greater in those aged younger than 65 years, he said.

Adverse event rates were low in both groups.

“Since I got the data, I found that it’s changed my approach with patients,” Packer said at the press conference. “It is much less common for me to say, ‘let’s just go with the drug and see how it goes.’ I would take that approach if I were unsure that the patient’s symptoms were because of the atrial fibrillation.”

The study population comprised 2,204 patients from 110 sites worldwide with any type of AF eligible for ablation and at least two rate control or rhythm control drugs. Patients younger than 65 years could be included if they had at least one risk factor for CVD or cerebrovascular accident.

“Ablation is an acceptable treatment strategy for treating AF with low adverse event rates even in higher-risk patients,” Packer concluded.

When the results are published, more information will be available about who benefited most from ablation, and quality-of-life and health care economics analyses will be presented at the European Society of Cardiology Congress in August, he said.

“At the end of the day, we think this is a very meaningful trial,” Packer said at the press conference. – by Erik Swain

Until now, we have not had a randomized study evaluating ablation as a first approach that was large enough to look at stroke and mortality. When the data are published, I would love to see more about how the results differed by age. As people get older, they have more comorbidities and more reasons they could die aside from their arrhythmia, whereas younger people afflicted with these diseases may have arrhythmia as their only disease, which would be the entire source of the problem. There will be so much we will be able to learn from these data.

This may change my decision-making process as to who gets ablation. We can now tell patients that those who underwent the procedure did better. I will also tell them that if you include everybody, the results did not show as much of a difference. But physicians and patients will likely make the assumption that if you get the treatment, you might do better. Of course, I will not start strong-arming people to get ablation, because I did not see the stroke and mortality benefit in the entire population.

Overall, we are excited for this pivotal trial to have come to its conclusion and are eager to accept the results. As presented, there was not an all-cause mortality advantage to ablation over medical therapy with antiarrhythmic or rate-control drugs in the population that was studied.

We have never had a trial of this type with average 4-year follow-up. Complications and efficacy were captured well.

We learned that there is not a mortality disadvantage to doing ablation, so it is good to know we are not hurting a group of patients.  It takes trials this big and long to capture rare events. And sometimes when a trial comes up neutral like this, it provides equipoise. There is more than one valid option. There are some signals as to who may benefit most from ablation, which we will learn more about when the data are published.

Of note, there was a more than 30% reduction in the primary endpoint (mortality, disabling stroke, serious bleeding, cardiac arrest) in favor of ablation in the analysis of patients who actually received an ablation (on treatment analysis). That was important.

As expected, people who had ablation were more likely to be in sinus rhythm and this confirmed over a very long follow-up that our procedures have efficacy.

For this trial, symptoms were not a prerequisite for getting into the study, so perhaps for older and truly asymptomatic patients, we don’t have to be as aggressive with ablation. There were some signals in subgroup analysis that patients over 75 may not benefit as much. Patients under 65 and those with congestive HF seemed to derive the most from ablation.

Clinically, this was an extremely important trial. It will change clinical practice. I feel in my practice that my AF patients who are younger, with HF and especially those with symptoms should be offered ablation and perhaps earlier. Older patients and especially those without a lot of symptoms may be managed more conservatively without denying them a mortality benefit.

These were long-awaited and very exciting results. There was a lot of crossover, and many patients (approximately 9%) assigned to ablation did not receive it. In addition, approximately 27% of patients randomly assigned to drug therapy crossed over to ablation. The primary outcome (composite of all-cause mortality, disabling stroke, serious bleeding or cardiac arrest) demonstrated no difference between drugs and ablation in an intention-to-treat analysis. You can’t benefit from ablation if you don’t receive an ablation. When the investigators looked at an analysis of patients who actually received ablation and compared them to patients who received drugs, the primary combined endpoint of death, stroke, cardiac arrest or serious bleeding was better in the ablation group. It’s hard to know how to interpret what has been publicized so far, without more details from the final manuscript. We also need more information about the drug group. Were they mostly on amiodarone? Were heart rates controlled?

There was also a suggestion that some sub-groups, such as younger patients or those with HF, may derive greater benefit from ablation. We need to learn more about the benefit of ablation in younger patients. Was it because they are younger, or is it because older patients have longer-standing disease and may have more left atrial enlargement and more scarring that might make them worse candidates for ablation?

We need more data before we decide to change current practice. When further analyses are performed, we may find that certain subgroups of patients may benefit more than others. Some of it is likely to confirm things we already knew. For example, if you’re older and have had AF for a long time, you may have a lot of fibrosis or scarring with a large atrium and may be less likely to benefit from ablation. We need to see more details prior to changing current practice.