LAS VEGAS — Hormone therapy in transgender women is associated with increased CV risk, according to a presentation at the National Lipid Association Scientific Sessions.

To be diagnosed with gender dysphoria, patients should have a marked incongruence that lasts for at least 6 months between their expressed gender and the gender they were assigned, Vin Tangpricha, MD, PhD, professor of medicine in the division of endocrinology, diabetes and lipids at Emory University School of Medicine, said during the presentation. In addition, individuals with gender dysphoria have a strong desire to be rid of their sex characteristics, to develop physical changes with a different gender and to be treated as the other gender.

The prevalence of transgender identity depends on how it is defined: requests for surgery, diagnostic codes and self-report. Compared with requests and codes, there is a significant increase in patients who self-report as a transgender man or woman.

In the STRONG trial, researchers analyzed transgender outcomes from three different sites in the Kaiser Permanente health care system. Patients were identified by ICD-9 codes and keyword text strings. Using this search strategy, the prevalence of transgender identity increased from 2006 to 2014. 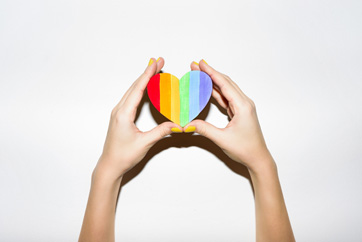 An Endocrine Society guideline update that was published in 2017 addressed hormone therapy in transgender people.

The current regimens for transmasculine hormone therapy have two different age cutoffs for children and adults. In transgender boys, puberty blockers are first used, then a gradual dose of testosterone is introduced. Transgender men receive testosterone injections, gels and patches. Similar doses of testosterone are typically used in cisgender men.

In the early 2000s, there were concerns about the increased CV risk with testosterone therapy in cisgender men, which resulted in an FDA warning. Recent studies found that these risks did not show an increase or improved CV outcomes in hypogonadal men who received testosterone therapy.

The changes in lipid profiles in transmasculine patients include an increase in LDL and triglycerides and a decrease in HDL. This pattern is similar to what is seen in cisgender men receiving testosterone therapy.

There is inconclusive evidence on the result of these lipid changes, particularly for increased or decreased CV risk.

In this patient population, testosterone therapy did not result in a significant increase in short-term death, stroke, MI and thromboembolic disease.

“Testosterone therapy in transmasculine people in the short term is safe in terms of cardiovascular disease,” Tangpricha said. “We don’t really have long-term endpoints, so that’s a major caveat.”

In contrast, different findings were seen in transgender women in Europe and in the STRONG trial.

There are also two different regimens for transfeminine hormone therapy depending on the patient’s age. The doses of estrogen in this therapy are nearly two to three times higher than in postmenopausal women, according to the presentation.

Data from the Women’s Health Initiative study included postmenopausal women who received estrogen and progesterone. The risk of the primary outcome, which was any CHD event, was significantly increased in these women. There were also increases in nonfatal MI, stroke and either deep vein thrombosis or pulmonary embolism. Women who received estrogen only also had an increased risk for stroke. The risk for DVT or PE in this group was increased, although it was not significant.

In a meta-analysis, transgender women taking estrogen had no changes in LDL and HDL but an increase in triglycerides, according to the presentation.

In a meta-analysis of studies with transfeminine populations, researchers analyzed 3,231 patients from 23 studies. Of those patients, there were 139 deaths, eight cerebrovascular accidents, 14 MIs and 56 venous thromboembolisms.

In a European cohort, the rates of DVT, PE and MI increased in transgender women after initiating estrogen therapy.

“For transmasculine individuals, it’s unclear whether or not pharmacologic therapy is required for these adverse lipid changes,” Tangpricha said. “[For transfeminine populations], given the increased risk of stroke and possible MI, DVT and PE, we should modify risk factors such as smoking and hypertension and counsel for these serious endpoints.” – by Darlene Dobkowski