A Close-Up on CLI Intervention 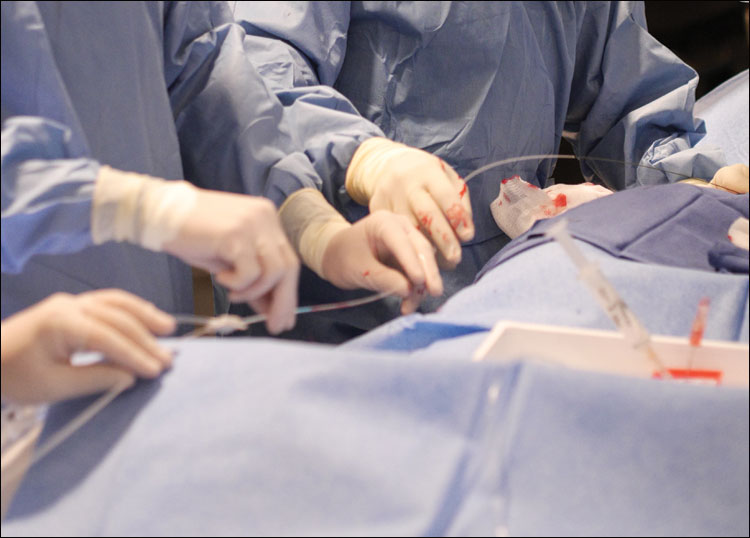 The Cleveland Clinic’s Miller Family Heart & Vascular Institute, which has been ranked No. 1 in the United States for cardiology and heart surgery by the U.S. News and World Report for 20 consecutive years, is currently one of the largest CV and thoracic specialty groups in the world.

Earlier this year, Cardiology Today’s Intervention was invited to attend an endovascular case at the institute, led by Mehdi H. Shishehbor, DO, MPH, PhD. Shishehbor, who is the director of endovascular services at the Robert and Suzanne Tomsich Department of Cardiovascular Medicine at the Cleveland Clinic, has been a major proponent of the potential for endovascular interventions to salvage limbs and improve quality of life since his residency and fellowship at the Clinic.

“Currently, 40% to 70% of patients who undergo amputation in the United States do not get a full vascular evaluation in the year prior to amputation. That is amazing data,” Shishehbor said. “Yet, for us, the most important measure of success of the intervention is not a salvaged limb, but rather how quickly after the procedure the patient becomes a contributing member to society again.”

Despite this life-altering potential, the time-intensive nature of an endovascular intervention, which often takes 2 to 3 hours or more to complete, remains a significant hurdle in performing these procedures and has led to a major disincentive in tackling complex cases, according to Shishehbor.

“The way the US reimbursement process works is you get paid the same for a complicated chronic total occlusion, multilevel disease as you would doing a simple superficial femoral artery (SFA) stenotic lesion,” Shishehbor said. “So spending 3 hours or more on one case for many institutions is not cost effective.”

But the reward for patients like Richard Cole, whose disease was exacerbated by diabetes, is that the procedure can often have a huge impact on their day-to-day lives. “I used to get cramps in my calves and didn’t think anything of it,” Cole said, reflecting on what led him to seek out the help of Shishehbor and his team. “Eventually, after walking or playing golf, my leg would hurt to the extent that I could no longer walk on my foot.”

In the case that follows, Shishehbor and his team tackle Cole’s complex disease by performing an endovascular intervention, utilizing an angiosome-based approach (see Sidebar, page 25) that aims at returning perfusion to the wound rather than the foot.

Images by Joe Smithberger for Cardiology Today’s Intervention
Photos of angiograms and 1-week follow-up courtesy of Mehdi H. Shishehbor, DO 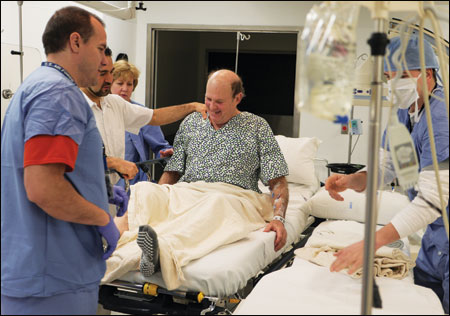 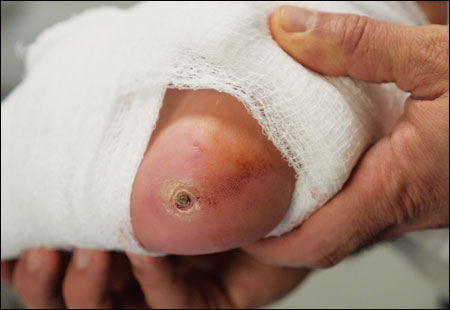 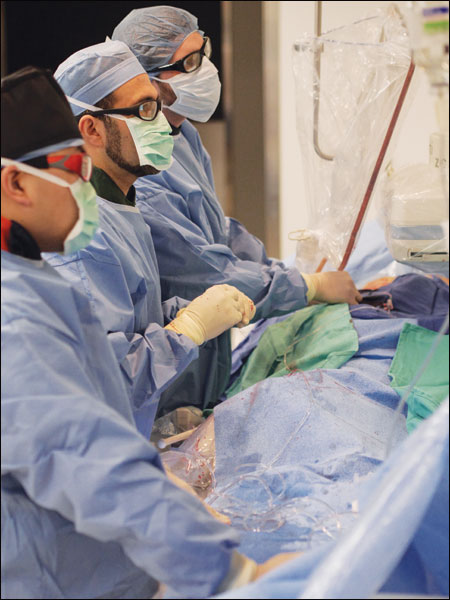 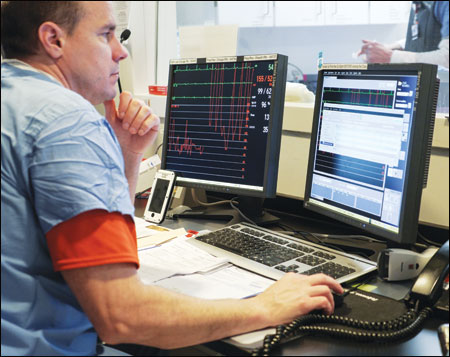 William McLemore monitors the patient’s vitals. “In addition to monitoring the patient, I also enter all the equipment used during the procedure into the census,” McLemore said. “The cath lab staff and I take turns monitoring cases, so for the next procedure I will be out on the floor and someone else will be in here keeping watch.” 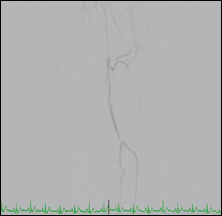 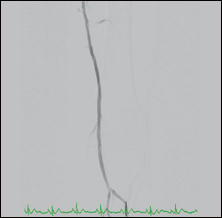 Final angiogram of the distal SFA and proximal popliteal artery after anioplasty and stenting. 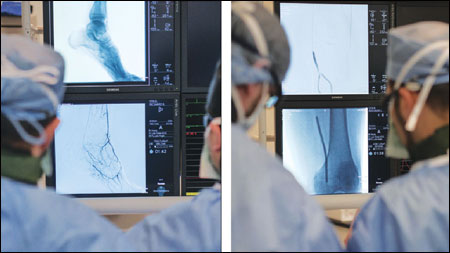 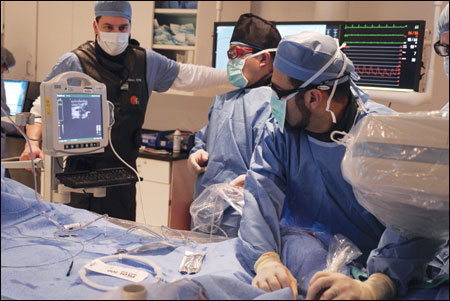 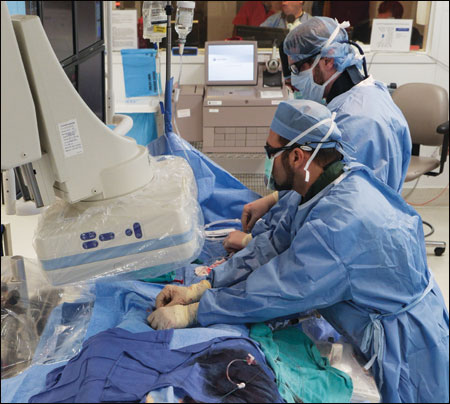 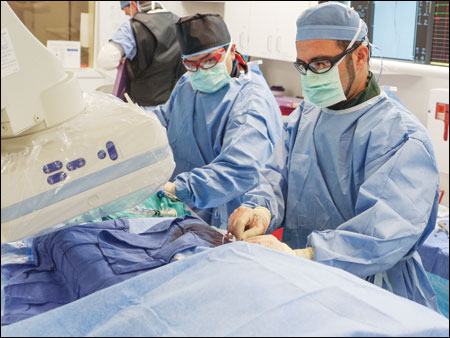 The Chocolate balloon catheter is advanced to the distal posterior tibial artery. 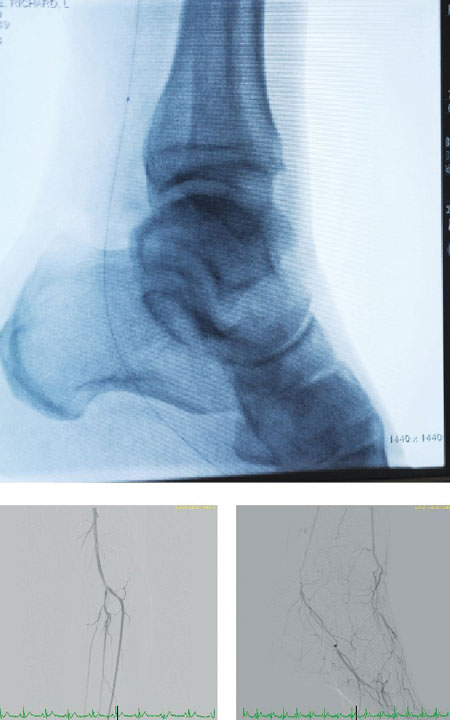 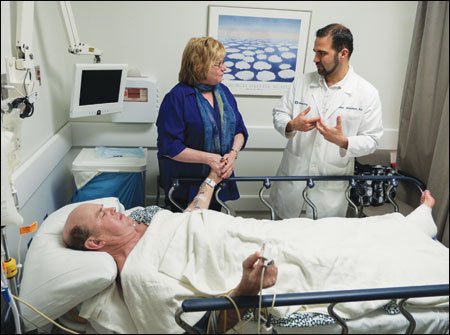 After the procedure, Shishehbor discusses the outcome with Richard Cole and his wife, Mary Jane. 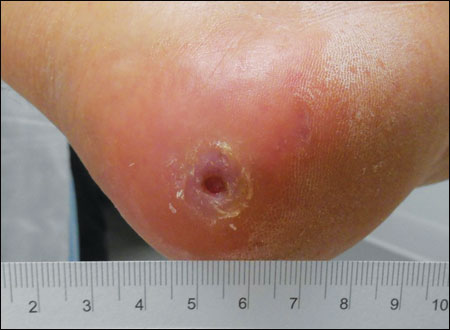 One week following the procedure, the ulcer is nearly healed. 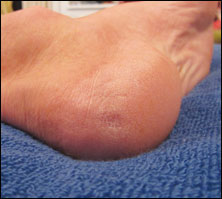 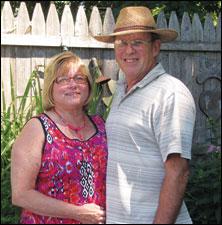 (From left) By 5 months, the wound had completely healed; Richard and Mary Jane enjoying a summer day at their home.