His fascination with the theory of evolution led to his career in medicine and cardiology.

Throughout his career, Joao A.C. Lima, MD, MBA, has been heavily involved in the research of medical imaging, which he — and many — consider one of the greatest developments in modern medicine.

Lima was born in Brazil. During his school years, he had a strong interest in physics that transitioned to a strong interest in biology. He attended the Johns Hopkins University School of Business and Education and later pursued a fellowship in cardiology there. He also spent years studying and interning in medicine and cardiology in Maryland, Brazil, Canada and France.

Today, Lima is professor of medicine and director of CV imaging in the division of cardiology at Johns Hopkins University School of Medicine. To date, he has published more than 200 peer-reviewed original publications; more than 50 reviews, letters and editorials; 15 book chapters; and has a book published under his name. He is also on the Editorial Board for the Journal of the American College of Cardiology and Italian Journal of Cardiology, and has served on nine advisory committees and review groups. 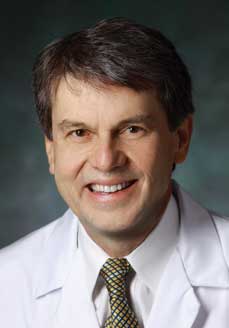 What do you enjoy doing when you’re not practicing medicine?

My interests outside medicine include cinema and literature, particularly nonfiction with a bend toward history.

If you hadn’t gone into cardiology or medicine, what would you have done?

I was fascinated with physics when I was in high school. My father was the one who pointed out that my grades in biology were much better than my grades in physics. I don’t think he was necessarily telling me that he wanted me to go into medicine; rather, he was observing that I was one of the best students in biology in my high school. However, by doing CV imaging, I still feel very connected to physics.

What would you consider one of your biggest successes in your specialty?

I am most known for my work on a method to measure the infarct size of MI. This came from initial collaboration with Robert Judd, PhD, a long-time biomedical engineer. Judd and I were able to show that by using contrast-enhanced MRI we could measure the size of MI. It was an exciting time. We learned a tremendous amount and had a lot of fun developing these methods. More recently, I’ve been involved with the multicenter Multi-Ethnic Study of Atherosclerosis (MESA). It involves approximately 7,000 people of different ethnicities who we have been following for about 10 years now. We have used high-tech imaging techniques like no other study before — in particular, MRI and CT. I am very proud to be involved with this large study.

What is the last book you read? Why, and what did you think of it?

I recently read How the Mind Works by Steven Pinker. It is a fascinating document that integrates knowledge and advances in different areas of cognitive science. I also enjoyed The Metaphysical Club by Louis Menand. The book focuses on the history of American thought. It even has a tie to Johns Hopkins because one of the main characters became the first chair of the department of philosophy there.

Whom do you most admire, and what would you ask that person if you had 5 minutes with him/her?

I am in awe of what Charles Darwin has been able to teach us, and the consequence of everything he has taught us. I also admire Carlos Chagas, MD, a physician from Brazil who discovered parasitic disease. I never met Chagas, but he had a big influence on my career. I have been fortunate to have trained with and learned from wonderful people I admire in Brazil and at Johns Hopkins, where I’ve spent most of my career.

What is the best advice you’ve ever received?

From a pragmatic standpoint, it was my father’s advice to go into medicine. When you are young, you don’t follow everything your parents tell you, but that piece of advice was very important to me.

Whom do you consider your mentor?

Kenneth L. Baughman, MD, was a major role model in my career. As a cardiologist at Johns Hopkins, Baughman hired me back from the University of Pennsylvania. He passed away in 2009, but continues to occupy a special place for me as a role model. 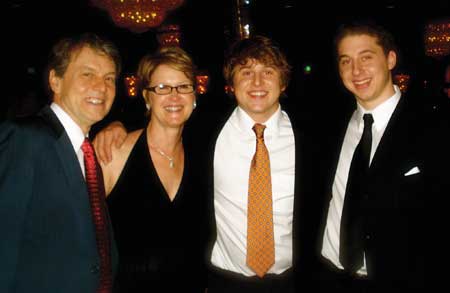 Dr. Lima with his wife, Sandy, and two sons, Jonathan and Michael.

What kind of diet and exercise regimen do you have?

I grew up playing soccer in Brazil. Very early in my life, my goal was to be a soccer player, but that puts me together with probably 80% of Brazilian boys from that generation. Now, I enjoy walking a lot.

What do you think will have the biggest influence on cardiology in the next 10 years?

The biggest influences are going to come from devising a cost-efficient method to prevent CVD. As part of the effort of the MESA study, I’ve been particularly interested in the idea that atherosclerosis and several other CV problems happen as a consequence of the loss of biologic protection, which appears to happen around age 35 to 45 years. It will be important to understand how aging relates to CVD so we can best deploy that understanding, whether it is using stronger tools to control atherosclerosis, high BP and diabetes or instituting diet and lifestyle requirements to put people on the right track. That is part of the understanding that is needed to help avoid the catastrophic consequences of CVD.

What is your favorite travel destination?

Paris, particularly the Latin Quarter. It has to do with my Latin background and, in this regard, Paris can be seen as the center of that culture.

What is your favorite restaurant?