The U.S. Preventive Services Task Force has given a B recommendation for one-time screening for abdominal aortic aneurysm using ultrasonography in men aged 65 to 75 years who have ever smoked, according to a draft recommendation statement released by the task force.

“Screening for abdominal aortic aneurysms and repairing larger ones can prevent a potentially deadly rupture,” Michael J. Barry, MD, medical director of the John D. Stoeckle Center for Primary Care Innovation at Massachusetts General Hospital, professor of medicine at Harvard Medical School and member of the USPSTF, said in a press release. “The task force found that older men who are current or past smokers benefit most from screening.”

The current prevalence of AAA in the U.S. is unknown due to low screening rates, and symptoms typically appear only after it has ruptured, according to the draft recommendation statement. The risk for death once an AAA ruptures can be as high as 81%.

The USPSTF found adequate evidence on the safety and accuracy of ultrasonography as a screening test for AAA, whereas moderate evidence was found that there was a moderate benefit in screening for AAA in men aged 65 to 75 years who have ever smoked to reduce the risk for mortality, rupture and emergency surgery related to AAA, according to the draft recommendation statement. There was also adequate evidence on the small to moderate harms of treating these men for AAA.

“The USPSTF concludes with moderate certainty that screening for AAA in men ages 65 to 75 years who have ever smoked is of moderate net benefit,” according to the draft recommendation statement. 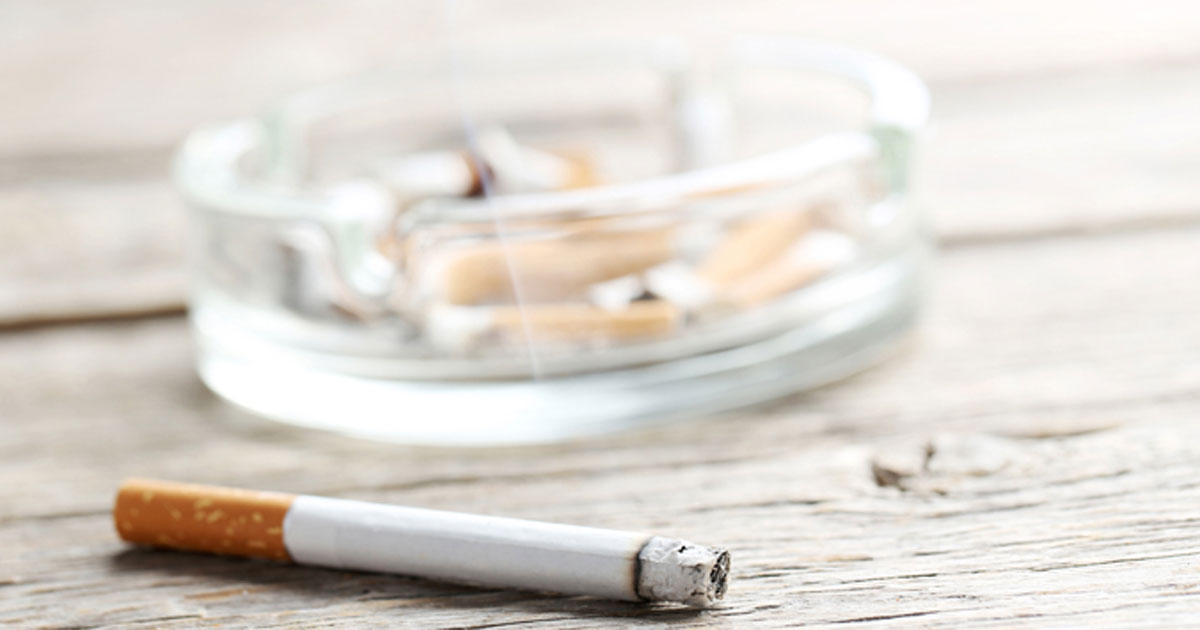 The U.S. Preventive Services Task Force has given a B recommendation for one-time screening for abdominal aortic aneurysm using ultrasonography in men aged 65 to 75 years who have ever smoked, according to a draft recommendation statement released by the task force.
Source: Adobe Stock

The task force gave a C recommendation for selective AAA screening in men aged 65 to 75 years who have never smoked based on the patient’s situation. As the net benefit of screening all men is small, clinicians and patients should consider the benefits and risks of AAA screening with ultrasonography based on evidence related to the patient’s family history, medical history, personal values and other risk factors, according to the draft recommendation statement.

“Ideally, appropriately powered [randomized controlled trials] among women with risk factors could answer these critical gaps in the evidence on screening for AAA,” according to the draft recommendation statement. “In the absence of new trial data, high-quality, well-calibrated modeling studies based on reliable data on the harms and benefits of screening in women who smoke or in men and women with a family history of AAA may be informative.”

The USPSTF’s draft recommendation statement can be viewed on the task force’s website: www.uspreventiveservicestaskforce.org. Comments will be accepted until July 15. – by Darlene Dobkowski

Disclosure: Barry is a member of the USPSTF.

I congratulate the USPSTF on their support of the concept of screening for AAA. However, there is still more opportunity for improving the health of our patients by identifying aortic aneurysms well before they rupture or become problematic in a patient’s general medical condition. Since abdominal ultrasound has no real risk, the screening procedure offers only an advantage of discovering an aneurysm early. The broad studies that are used for a basis for the USPSTF decision are related potentially to the overtreatment of some aneurysms that don’t really need to be treated.

I suppose these recommendations will have an impact on primary care physicians and maybe cardiologists. In particular, the American College of Cardiology and American Heart Association recommend a one-time screening for men who’ve smoked or have had family members with AAA and do not recommend screening in women. This draft wouldn’t change what primary care physicians are doing because it’s not a substantive adjustment.

On the other hand, the Society for Vascular Surgery says it’s OK to screen women too. I hope this change draws attention to that difference. One reason people recommend against screening women is because of the complications that can occur with treatment. The negative outcomes seem to occur more often in women than they do in men. One could argue that this difference is related to using oversized devices. New devices can improve the outcomes for women, particularly when working with smaller anatomy. Moreover, we should still screen women.

The screening process does not harm patients, but, instead, damage can potentially occur when we intervene too soon. Interestingly, the task force based its recommendations on studies such as PIVOTAL and CAESAR. PIVOTAL was stopped for futility. CAESAR was completed, and there were some subtle improvements in outcomes in small aneurysms. We tend to treat aneurysms at smaller diameters in the U.S.

Additionally, in The New England Journal of Medicine (Karthikesalingam A, et al. N Engl J Med. 2016;doi:10.1056/NEJMoa1600931), the overall per-capita mortality related to aneurysm disease is higher in England than it is in the U.S. Ultimately, we probably treat them a little bit earlier here than they do in their National Health Service system.

The vascular surgery community tends to be more aggressive towards screening to also include women, particularly smokers. We too often deal with the complicated care of a ruptured AAA and welcome earlier diagnosis and treatment. Screening is perfectly acceptable. I would embrace more aggressive screening as long as one remains careful with that knowledge and the practice does not lead to overtreatment, because that may cause negative outcomes.